HomeAnimeThird Round of Japanese Guests Announced For Anime Boston 2018

Third Round of Japanese Guests Announced For Anime Boston 2018 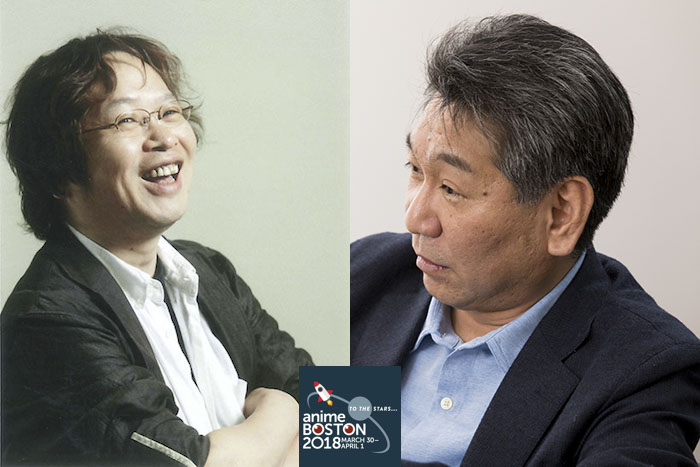 Third Round of Japanese Guests Announced For Anime Boston 2018

Gas up your Gundam and piece together your Shikon Jewel, as Anime Boston has announced SUNRISE Inc.'s Hideyuki Tomioka and Screenwriter Katsuyuki Sumizawa as the latest Japanese guests for the Spring event!

Hideyuki Tomioka joined SUNRISE to help with the production of Fang of the Sun Dougram as a part-timer, soon finding himself the producer of such popular series and films as Mobile Suit Gundam Wing, Inuyasha, and Steamboy.

"We are extremely pleased to host Hideyuki Tomioka at Anime Boston. His credits include some of my personal favorites, such as Inuyasha, Turn A Gundam, and Steamboy," said Victor Lee, Convention Chairman. "However, for Anime Boston, his most important credit may be Mobile Suit Gundam Wing, since our first convention, in 2003, featured the English voice actors of all five Gundam pilots!"

"Katsuyuki Sumizawa has written scripts for some of the top titles over the last 20 years," Lee added. "His writing has influenced how we see anime in the West. Getting the opportunity to ask about the creative process is always a treat!"