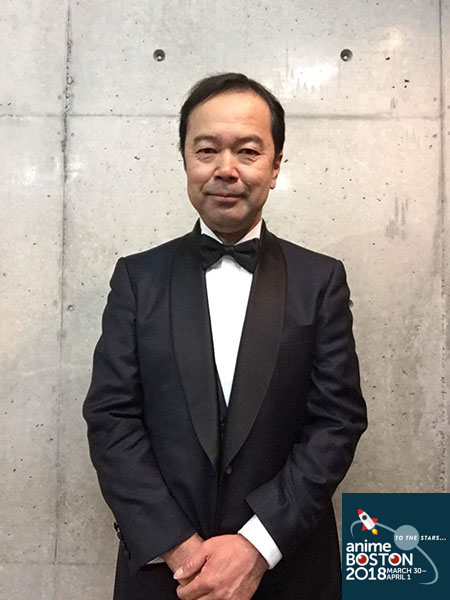 One truth prevails for Anime Boston 2018, with veteran Japanese producer Michihiko Suwa announced as the sixth guest for the Spring event.

A fixture of the anime industry, Yomiuri TV Producer Suwa has been in the industry for over thirty-five years. Best known to western audiences for his work on Inuyasha, his main project is the mystery series Detective Conan (or Case Closed, as it's known here), which is currently in its 23rd season and still going strong. The newest movie, ZERO THE ENFORCER, will be released in Japan on April 13th.

"Producers set the tone and personality of any anime title, and few have a credits list as long as Michihiko Suwa," said Convention Chairman Victor Lee. "I can't wait to hear what it takes to take an anime program from conception to our televisions screens!"

Suwa-san has also planned and produced a number of other series, including Lupin the Third, Magic Knight Rayearth, Black Jack, and City Hunter. An engaging and knowledgeable speaker, Suwa-san enjoys interacting and engaging with his audience, as well as sharing stories about how the anime we love to watch gets made.