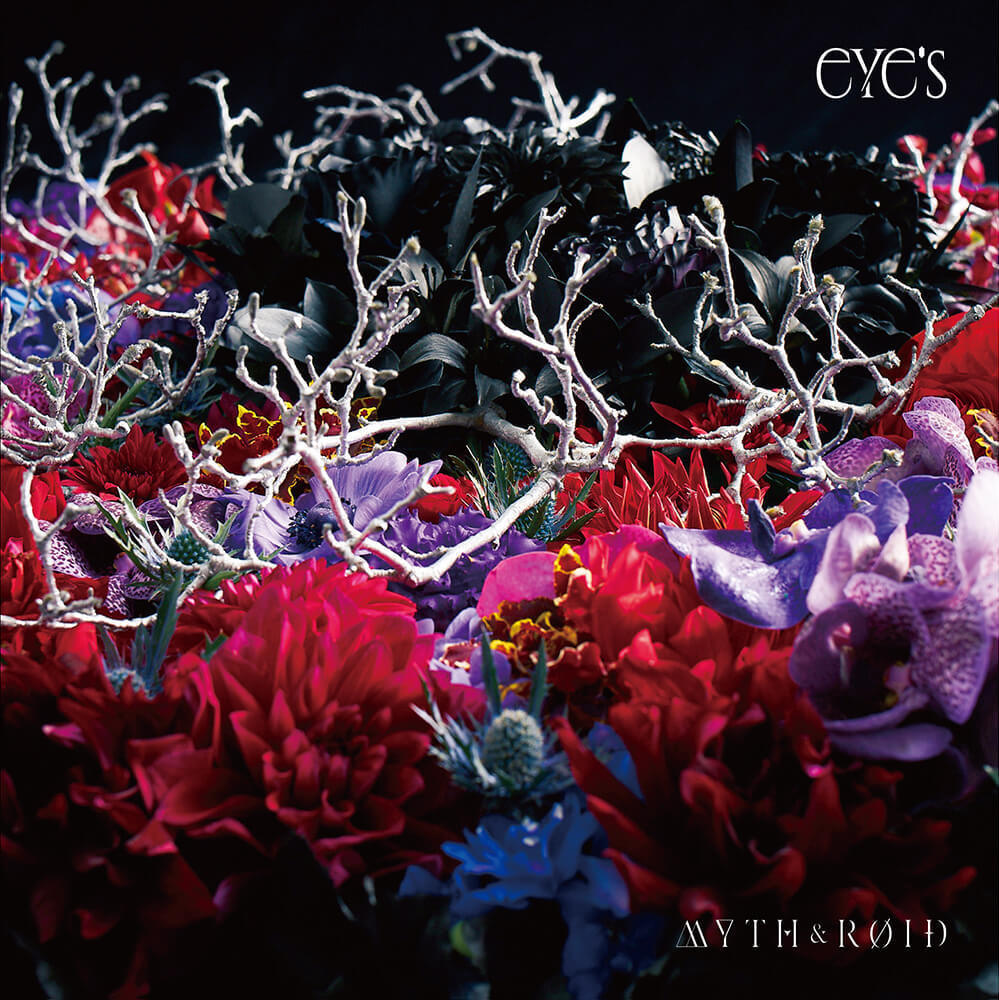 It’s quite difficult to truly describe the sound of MYTH & ROID. At best one can say that they play around with horror pop vibes, sometimes sneaking in a head-banging blast of adrenaline worthy of the most violent of mosh pits. Nevertheless the two years since vocalists Mayu & KIHOW and producer Tom-H@ck (the latter of whom has composed & arranged the themes for the likes of K-On!, Haganai, and Ace of Diamond) have brought forth quite the dominate force of pop, metal, and cyberpunk-styled techno within their repertoire. Now comes the time to show off their big guns, which come fully loaded in their full-length debut album eYe’s.

Sandwiched between a tale of a cursed petrified eye, the duo's 52-minute hardcore dance romp never stops to even wipe the sweat off its brow. With a mixture of English and Japanese lyrics, the record embraces its listener, only to feast upon their throat rather than go in for the kiss. “TRAGEDY:ETERNITY” best exemplifies the duo’s attitude, going back and forth between a caressing whisper and the snippiness of a praying mantis about to bite off the head of her mate. The haunting vibes of “theater D” seem welcoming at first, only to hypnotize the listener into a deadly spiral of debauchery and mutilation. “Crazy Scary Holy Fantasy” feels like a good boss battle melody from a Disgaea video game, with its fun personality hiding behind a foray of bloodthirsty lyrics and attitude.

Anime fans will be quick to recognize a handful of the tracks featured on the record. Overlord end theme “L.L.L.” brings back the emotional aspect of character Albedo, with her lust for the main character driving her to ride through Hell and back to appease him. “Anger/Anger,” which was featured in 2016’s BBK/BRNK, is a monster of Metallica-like guitar chords with lyrics about falling in love within a circle of anarchy. Re:Zero’s “Styx Helix” is a romantic melody that blankets some heavy riffs and beats throughout its run. A remixed version of Saga of Tanya the Evil’s “Jingo Jungle” takes the place of the original, and while it lacks the pouncing mentality of the initial version it still presents itself as a club-worthy track.

Things go down a electronic R&B-like route in "Yuki o Kiku Yoru,” with Mayu & KIHOW acting more like the calm before the storm that’s on the horizon. “Tough & Alone” takes a surprisingly positive spin on taking on rough fights on your lonesome, with Tom-H@ck’s arrangements shining their brightest here. “Sunny Garden Sunday” and "─to the future days” cap off the record with a light-hearted appeal that contrasts with the rest of the album’s more harrowing elements. Still, they make for some great after-party sounds for those itching to get a couple more slow grooves on the dance floor.

eYe’s exhibits the multitude of strengths that MYTH & ROID bring to the table, and while it shows some room for improvement, it’s hard to not deny how much of a powerhouse in the making they are. It might be awhile before we see how they fare both in Japan and the rest of the world, but Mayu, KIHOW and Tom-H@ck have the skills and the sound to easily win over any large-scaled club they seek to conquer. Turn up the bass and watch as your surroundings shake to a sound that can be easily be compared to the likes of Kerli, The Pretty Reckless, and even the phantom boogieman Rob Zombie himself.

eYe’s is available on iTunes and CDJapan