While Persona 5 has come and is likely being played by many gamers, there were definitely games released in Japan that bit at the heels of that franchise in hopes of meeting similar success. While The Caligula Effect is one such game, it fails to be terribly interesting beyond the concept of one aspect of it's combat system.

The Caligula Effect starts off with the player naming their blank slate of a male character, who is then thrust into a virtual world. The only problem is that it's setup to look identical to the real world, and that you and many others are being trapped their by an AI Idol program called Mu(Mew). You break free of Mu's brainwashing via some unclear reasoning, but it's obvious that the AI has been compromised by a third party. To fight back against Mu and the one that manipulates her, you awaken to a power within your digital code with the help of another AI, Aria. A group of students called the Going-Home Club also joins you, who also eventually will gain similar powers to yours. 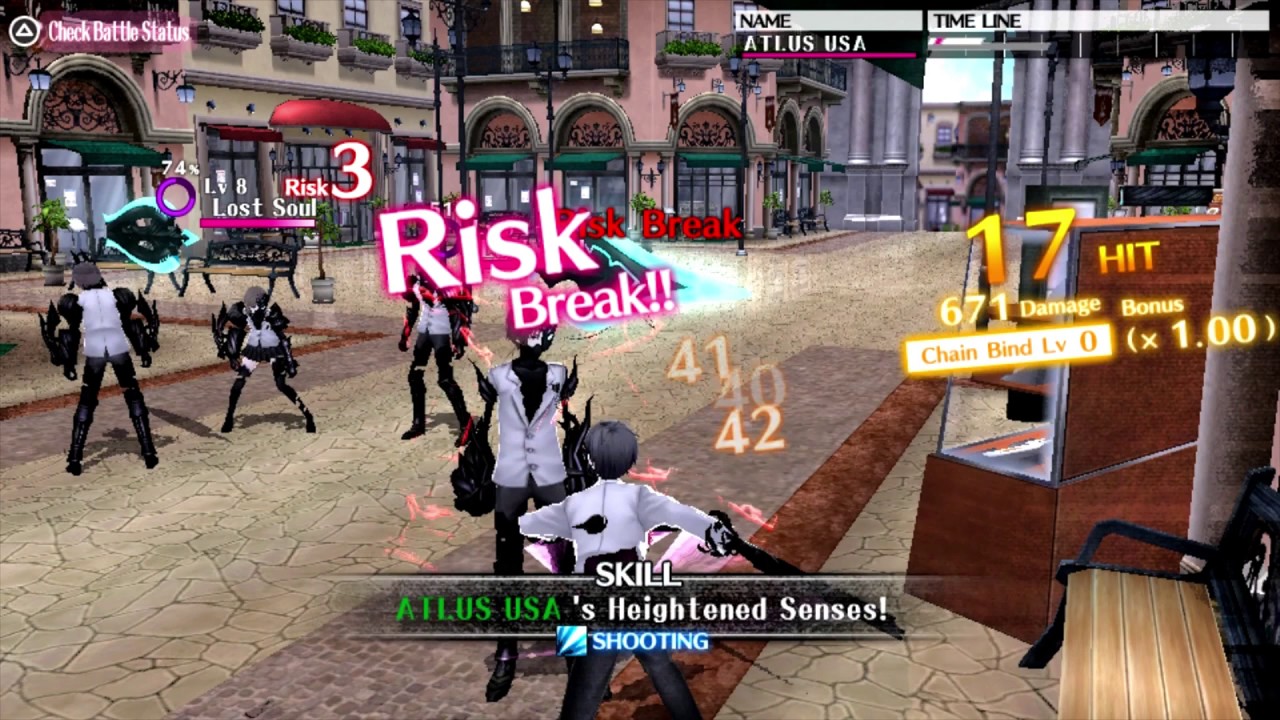 The fighting process happens very similarly to Persona, but instead of shadows you'll be fighting other unfortunate victims that fell prey to Mu's seductive and corrupting influence. These people are called Digiheads, they form the bulk of the opposition you'll face. Based on their level of corruption, they take on different transformations, and while on the field they will attack you based on how high their corruption gauge is. Some of them even guard treasure chests called Fragments, which contain equipment. All of the equipment in the game is based on different types of emotional states or code functions. Thankfully the types of gear are color coded, so it's at least easier than been completely clueless how they work. (I would have preferred icons that actual represent something real though.)

Combat is turn based in a fashion similar to Grandia, where the game plays in real time until your characters turns come up. From there you choose which skills to use. The interesting thing here is when you choose to act, the game will play out a holographic scenario on how your action is likely to play out, with a percentage of success in the lower right of the screen. Depending on the amount of SP you have, you can make up to three actions per character. 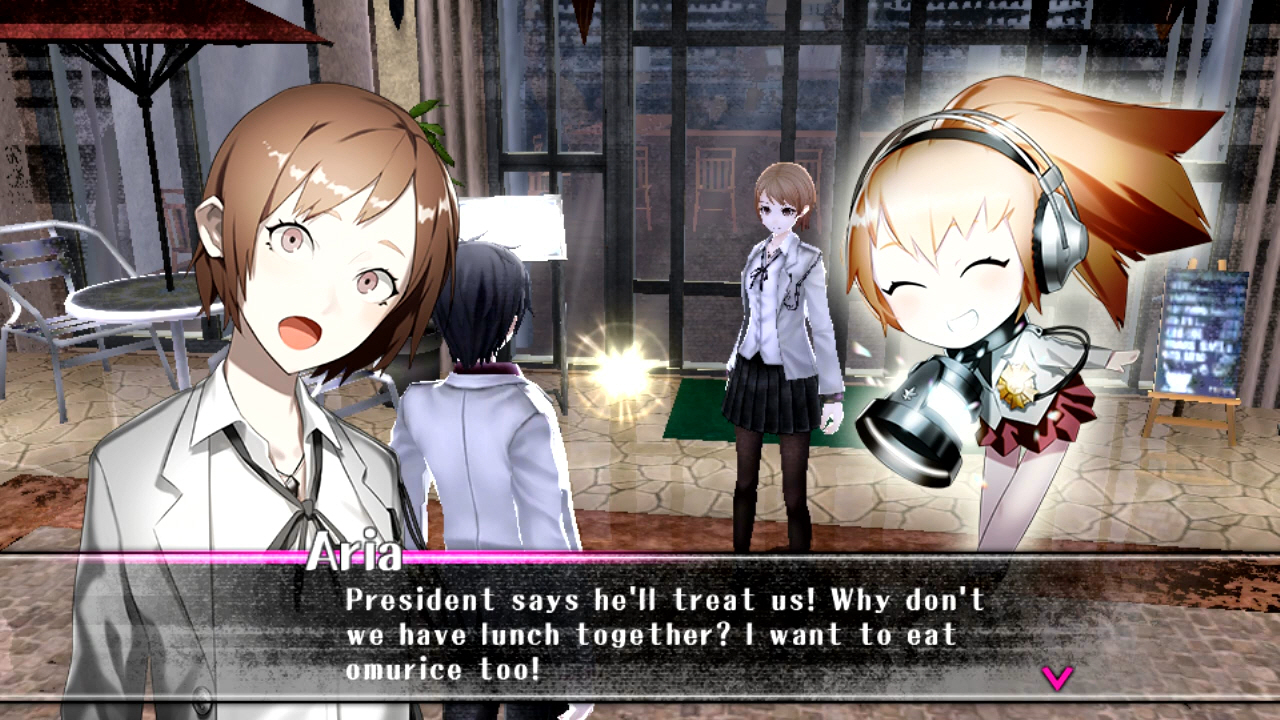 You can even choose to delay actions to better coordinate attack combos with other characters to really bring the hurt. This makes the game a bit more strategic as not only is your position important, but your timing as well. There are no healing items, but that's okay, since you are completely healed after every encounter. There are some enemies called Notorious Monsters that roam the field, which are stronger than standard enemies. These types of enemies replicate the feel of an MMO, despite most of the game being not really built for an MMO-like environment. Most locations are corridor based. But running away is typically not too hard.

Unfortunately the battle system is the only interesting thing about the game. The story is not very original or well-written, and the high school setting seems unnecessary, especially since a few of the voice actors for characters like Shogo not matching their appearance considering their ages. The game feels as though the developer Aquaria took the elements from their Sword Art Online games, but made the game even less appealing. These characters are also completely unlikable, and I couldn't care about what happened to them. 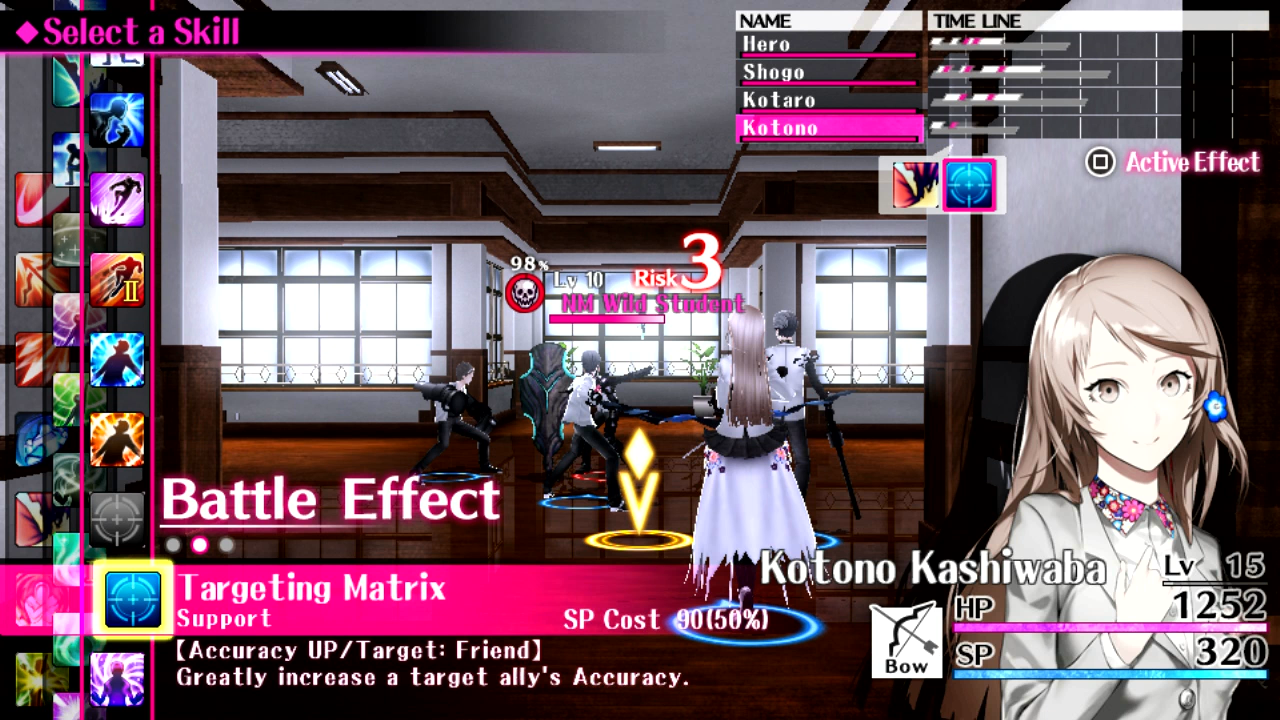 At the end of the day, one has to wonder why Atlus bothered with localizing this game at all. It's odd, considering how it was released so soon after the much better Persona 5, which has a completely different tone. Besides, if you wanted a Persona clone, you could do better with something like the more parodic Akiba's Beat. The Caligula Effect takes itself seriously, but its efforts just feel hollow. I highly don't recommended this one.

The Good: Seeing a holographic projection of your actions before committing to them is interesting.
The Bad: The total lack of inspired design in the game.
The Ugly: The cast are not interesting at all.

SUMMARY: The Caligula Effect is a very uninteresting game obviously trying to imitate Persona, but it does nearly everything wrong.