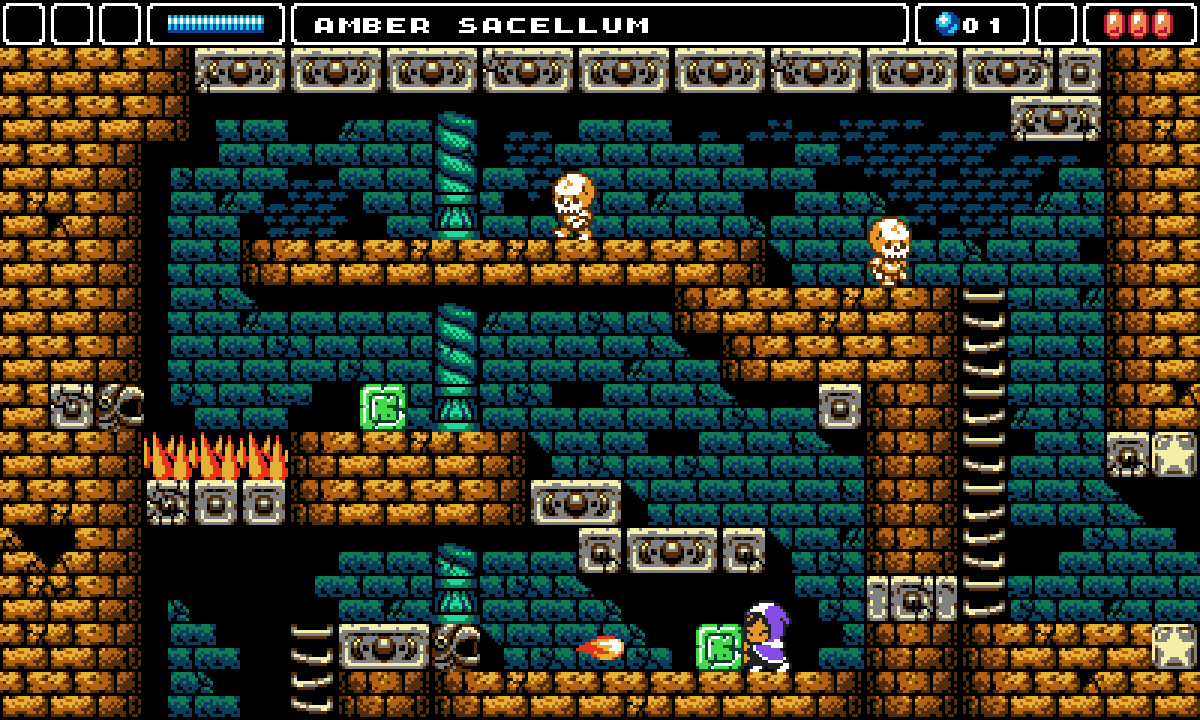 Writer's Note: This review has been updated with their thoughts on the Switch port.

There are a lot of Metroidvanias out there, but not many of them are set to the aesthetic of Battle Kid or La Mulana. Using an 8-bit retro-style, Alwa's Awakening is a fun little game that good enough to leave you wanting more, for better or worse.

Alwa's Awakening is about a girl named Zoe, who has been transported to a strange world to be the 'chosen one' to liberate the world from the control of the evil Vicar. To this end, she's been given a magic staff, and must find the gems that can put an end to Vicar's reign. You start off with just a simple attack of the staff, but eventually you'll get magic that will help you traverse the world and get through various obstacles, like any good Metroidvania. 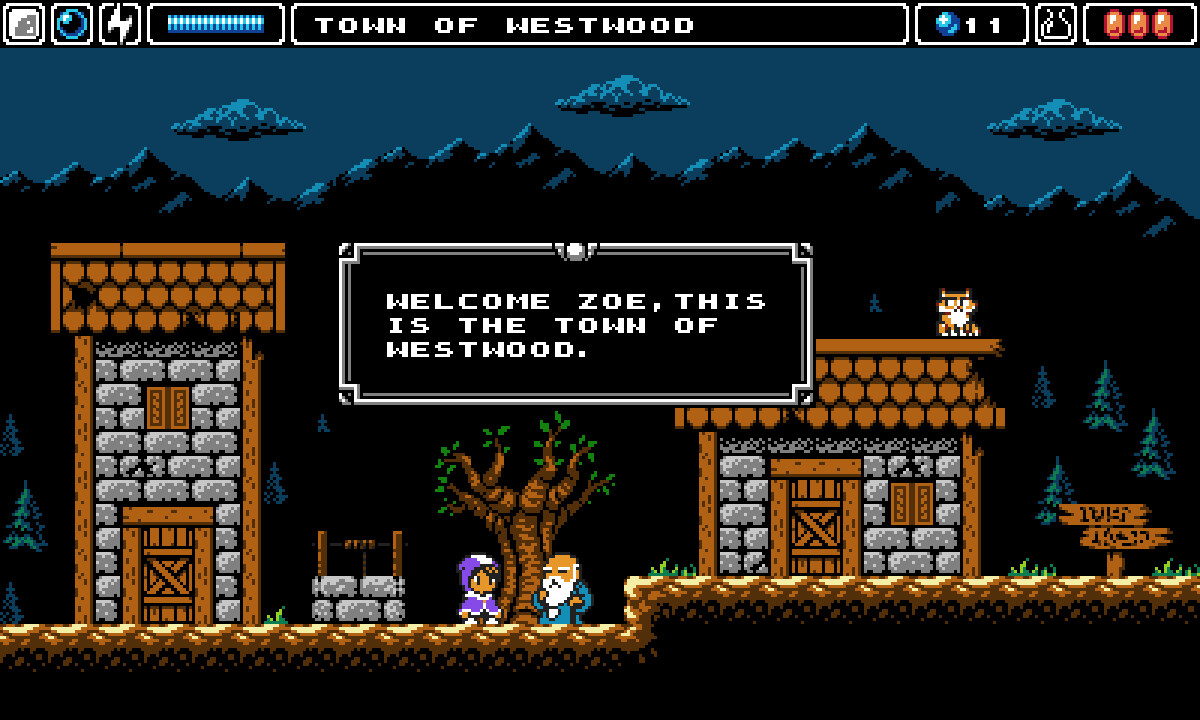 The game does seem to have more of a Battle Kid or La Mulana feel to it compared to other Metroidvanias though. There's only single panel screens, so there's no crazy stuff like a speed booster. You also only have three hit points, with the possibility of getting a water bottle to effectively make that six. Its difficulty is lower than that of Battle Kid though, so you won't be as likely to pull your hair out in frustration in this game. There are upgrades to two of your spells which will be needed, but it might have been nice if there was an upgrade for the third spell (either in cutting down the spell recharge time or increasing it's power). Even something involving magnets would've been cool.

Alwa's Awakening is a fun little game, and it should take most first time players about 8-10 hours to complete. There are some achievements that are based on sequence breaking and speed-running, but the game's lack of a story and multiple endings leave me wanting a bit more. The ending given is very brief and left me feeling wanting more, as it's really just a big tease. The fact that the game is short  could be seen as a good thing as it doesn't go on long enough to wear out it's welcome. It's like one of those old-school NES endings that make you exclaim 'That's it?' to yourself. At least the newly released Switch version has a feature that is reminiscent of The Ocarina of Time's Stone of Agony. The Joy-Cons or Pro Controller will have a rumble effects that activates whenever you are near a secret passage and the like. Other than that, the port of the Switch version is well done. Although, if you were expecting an in-game analog to the Steam Achievements, you'll be disappointed. Still, the Switch version could be seen as the definitive version, if only for the Switch's ability to be portable. 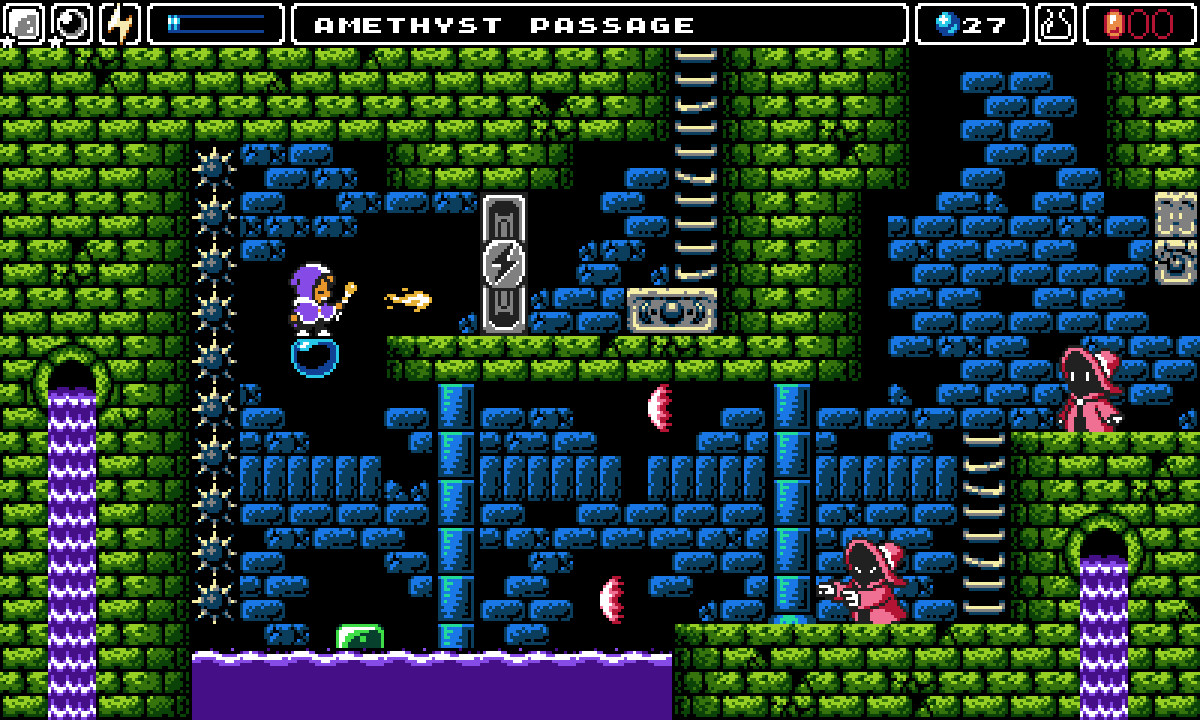 Other than the small improvement in the switch port, unless there's a sequel planned, I'm left wondering if this game could have been a bit more. One more thing I would have liked would've been a button to function in reverse when cycling through your three spells. It might have made some of the trickier obstacles a bit more tolerable. Aside from the few issues this game has, Alwa's Awakening is a fun title worth the Metroidvania fan's time.

The Good: It's a cute little platforming Metroidvania.
The Bad: The ending leaves you wanting more.
The Ugly: Lack of an additional button that reverse cycles through your magic.

SUMMARY: Alwa's Awakening is a decent middle ground between Battle Kid and other less difficult Metroidvanias, but the ending feels like a tease of a bigger game.

Promotional consideration provided by Evolve PR and the developer