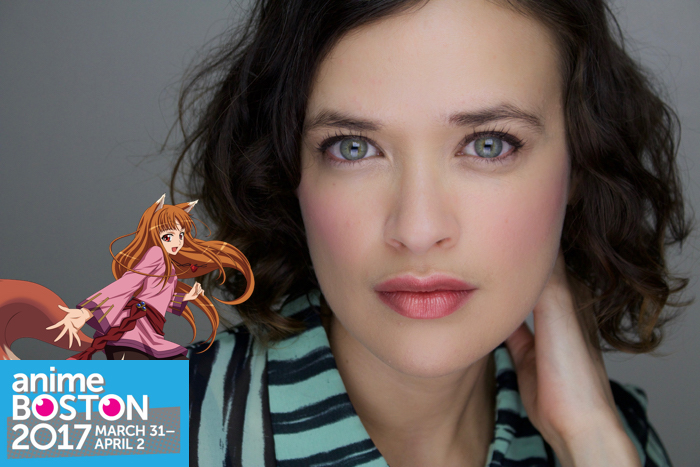 One of our favorite voice actors is heading back to Anime Boston this year, as the convention has announced the return of Brina Palencia.

Palencia's resume speaks for herself when it comes to her range of roles. Whether she's donning a wolf with marketing skills as Holo in Spice & Wolf, eating snacks and partaking in a three-day Bing Crosby Birthday Bash as Tamama in Sgt. Frog, or acting as the queen's guard dog in the role of Ciel Phantomhive in Black Butler, the people and animals she portrays always seems to be some of that show's most memorable. Recently you can hear Palencia as Shirayuki in Snow White With the Red Hair, Minoru Mineta in My Hero Academia, and Touka in Tokyo Ghoul.

Brina's work has also been heard and seen outside of the anime realm, where she brought huge laughs as Gerda in Comic Jumper, chills as Paige in Telltale's The Walking Dead: Michonne, and a level of curiosity as the alien sister Sophia in the (sadly) short-lived CW series Star-Crossed. Behind-the-scenes, she also served as the Music Director for Space Dandy, Show By Rock, Negima!?, My Bride is a Mermaid, Rosario+Vampire, and Dragon Ball Kai.

Check out a couple of past interviews with Brina Palencia we conducted for Anime Boston 2011 and for her webseries The Troubadoors.