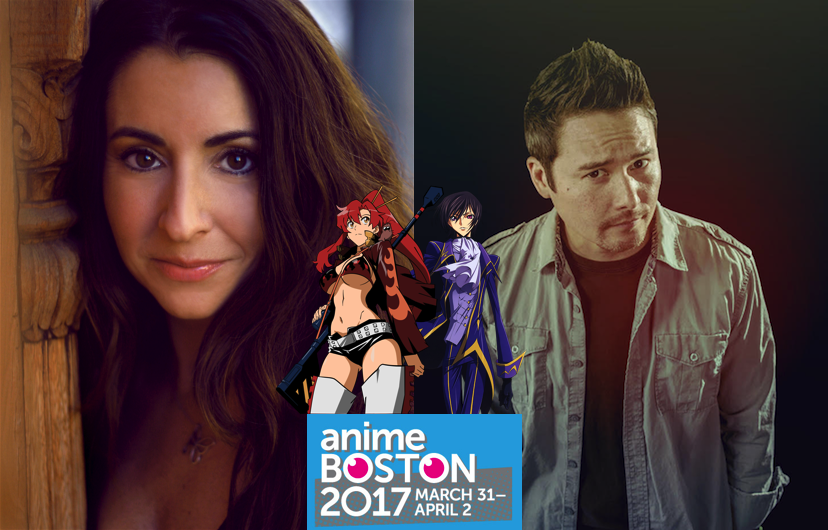 Are you seeking a partner in killing zombies that might've been triggered by the Umbrella Corporation? In need of $$60,000,000,000? How about a couple of talking cats to help save the world from the Negaverse? Well Anime Boston has you covered, as they have announced that American voice actors Michelle Ruff and Johnny Yong Bosch will be attending this year's event!

The Detroit-born Ruff has made her name in many hit anime franchises, with her most notable roles being of Rukia in Bleach, Yuki Nagato in The Melancholy of Haruhi Suzumiya, Yoko Littner in Gurren Lagann, Luna in Sailor Moon, and Fujiko Mine in the Lupin III series. In video games she is the voice of Cream the Rabbit in the Sonic the Hedgehog series, Crimson Viper in Street Fighter, Jill Valentine in Resident Evil: Revelations, and Yukari Takeba in Persona 3.

"Michelle makes her Anime Boston debut in March," exclaimed Convention Chairman Victor Lee. "Michelle has voiced characters ranging from Rukia from Bleach to Luna from Sailor Moon. Finally, her fans in Boston will get a chance to meet her!"

Starting his career as Adam Park (Black Ranger) in Mighty Morphin Power Rangers, the Kansas City native Bosch has become quite the figure in both anime and gaming. First stepping behind the mic as the iconic Vash the Stampede in Trigun, Bosch then moved onto even more famous roles such as Kaneda in Akira, Renton Thurston in Eureka Seven, Lelouch (Zero) in Code Geass, and Jonathan Joestar in JoJo's Bizarre Adventures. Game-wise he can be heard as the voice of Nero in Devil May Cry 4, Yu Narukami & Tohru Adachi in Persona 4, Nate in Yo-Kai Watch, and Tokio in Killer is Dead. Since 2004 Bosch has fronted the rock band Eyeshine, which currently has thirteen albums in their discography.

"We are so pleased to welcome Johnny back to Anime Boston," said Lee. "He's portrayed some of the most iconic characters in anime and super sentai history, from the Black Power Ranger to Vash, Ichigo, Artemis and Jonathan Joestar. I'm sure his fans in Boston, both old and new, are excited to see him!" Victor Lee added.

MUSIC REVIEW | Aeronauts In the &q...