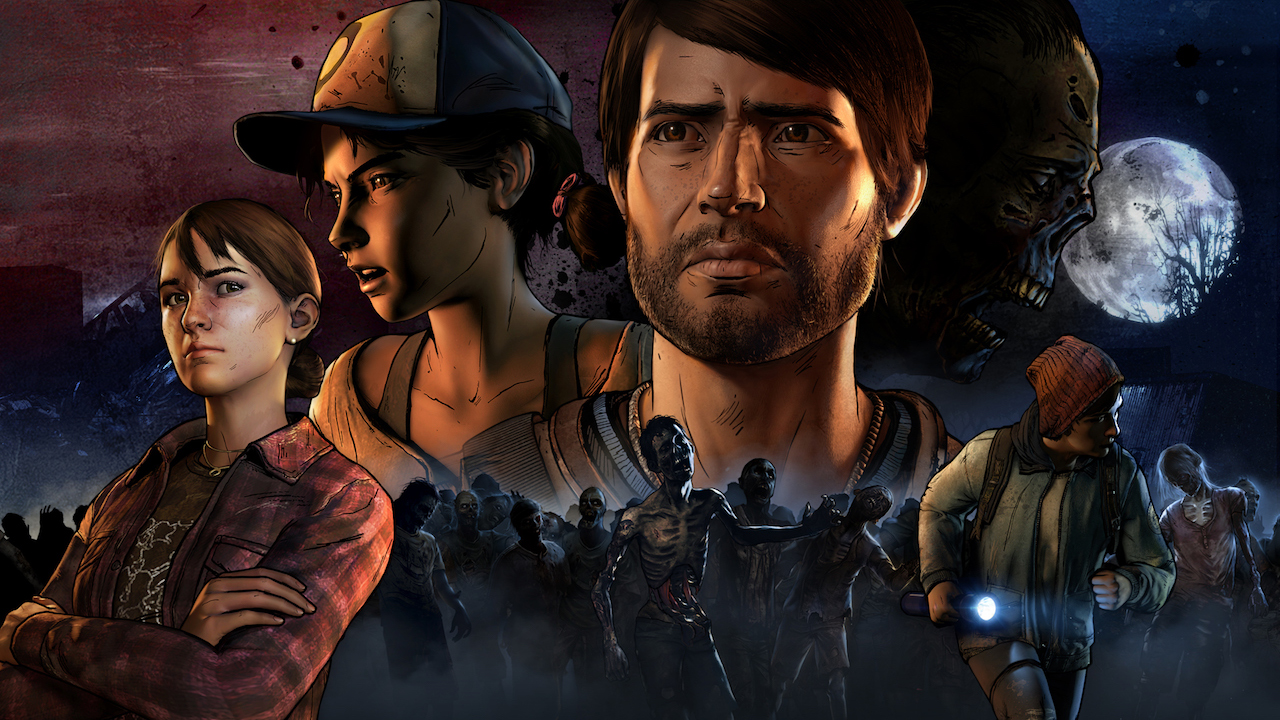 There are moments in The Walking Dead universe where you think the characters are just about to catch a break. A joke is told, some happy laughter follows, and everything seems just so peachy. And then, Robert Kirkman's creation takes a baseball bat to your head. With Telltale Games' return to the place where Walkers roam, it becomes very apparent quickly that you are about to witness some serious shit.

Season Three, aptly-titled The Walking Dead: A New Frontier, kicks things off with the two-parter "Ties That Bind." You take control of Javier "Javi" Garcia, a washed-up baseball player who is protecting his brother's wife Kate and two kids Gabe & Mariana. Upon finding an abandoned junkyard, the group finds themselves face-to-face with an unruly gang. While being taken hostage somewhere, Javier gets rescued by Clementine (who is playable in certain scenes), and the two head towards the town of Prescott to avoid nearby zombies. When the coast is clear -- and after a couple of gruesome mishaps -- Javi and Clementine arrive at the junkyard, revealing the unruly gang's identity and...well... 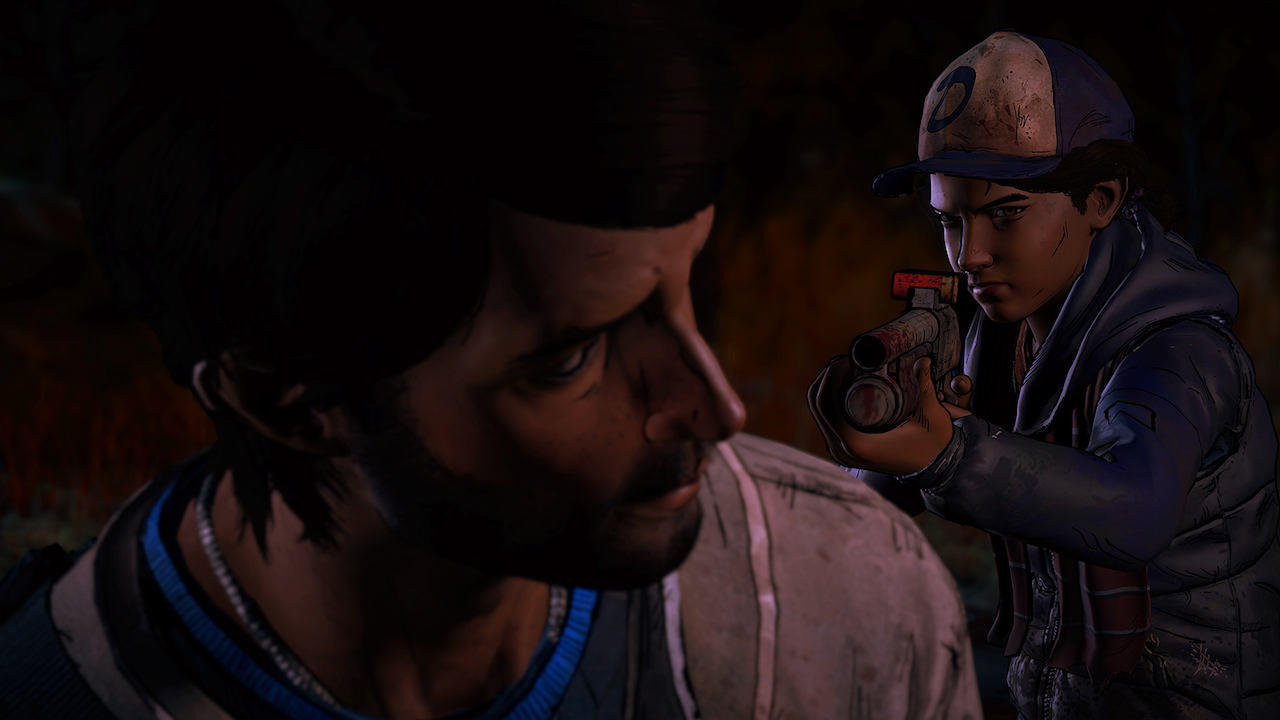 "Ties That Bind" is incredibly tough to talk about without spoiling anything. Family members get lost, Clementine's past between the second and third seasons are revealed, and a lot of horrifying stuff occurs when you've least expected it. Traditionally, it's the way Telltale Games has done it for The Walking Dead, proving its formula to be quite adaptable to Kirkman's original series. It makes you feel a lot for these characters, and when tough decisions have to be made, you'll find yourself having to pause for a moment so as to figure out which heart-stopping action you'll force yourself to take.

This season's main focus, Javier, appears to be a very well-rounded character. He's a bit of a screw-up at times, but he seems to have the back of Kate and the two kids. It takes you a little bit to get used to playing as someone who doesn't have anything to do with the last few seasons (including the Michonne trilogy and "400 Days"). However, familiar territory waltzes in when Clementine makes her return, looking older and less trustworthy than when we last saw her. She's still very likable, and considering we've witnessed her go through some pretty traumatizing stuff, her need to sometimes act like a lone wolf is truly understandable. 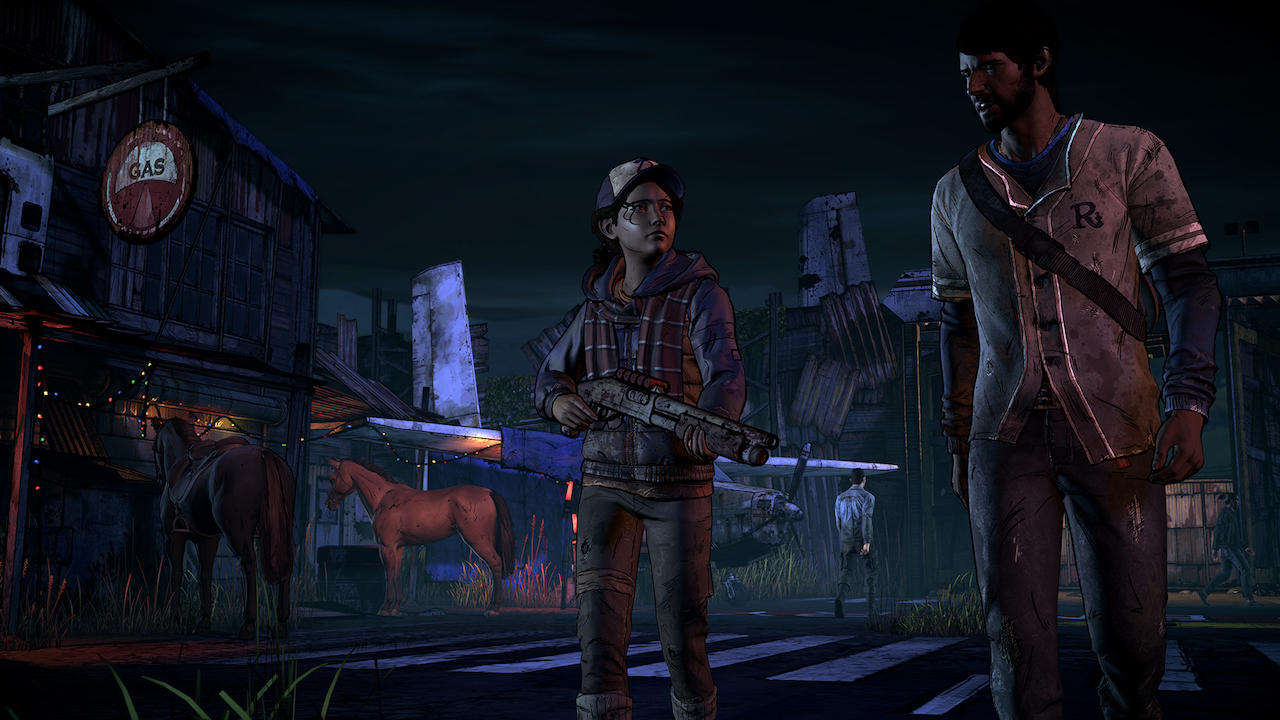 Compared to last season, taking on the role of an adult gives players a looser perspective to deal with. When playing as Clementine in Season Two, you had to take on various tasks and choices from the eyes of a young child. That meant thinking carefully, to the point where you wanted to make sure not to do anything that could affect her mentality later on. (This, of course, would prove to be a moot point, as it's impossible not to freak a kid out when Walkers and untrustworthy folk roam the lands.) Playing as the adult Javier lifts a bit of that weight off the player's shoulders, as it gives you the chance to be more lenient with your decision-making.

Between taking on the Walkers and the gang (known as New Frontier), Telltale Games loves placing players between a rock and a hard place. Every choice given seems to be both the right and wrong one, as consequences always seem to involve a higher body count. It forces you to be quick on your feet, and playing with the Xbox One controller, it can be sometimes tough to execute a QuickTime Event properly. (Four times during my play-through, I watched Javier get eaten by Walkers.) It's a minor kink that a quick patch can solve, but at this time it's a tad trickier to initiate a fast action. 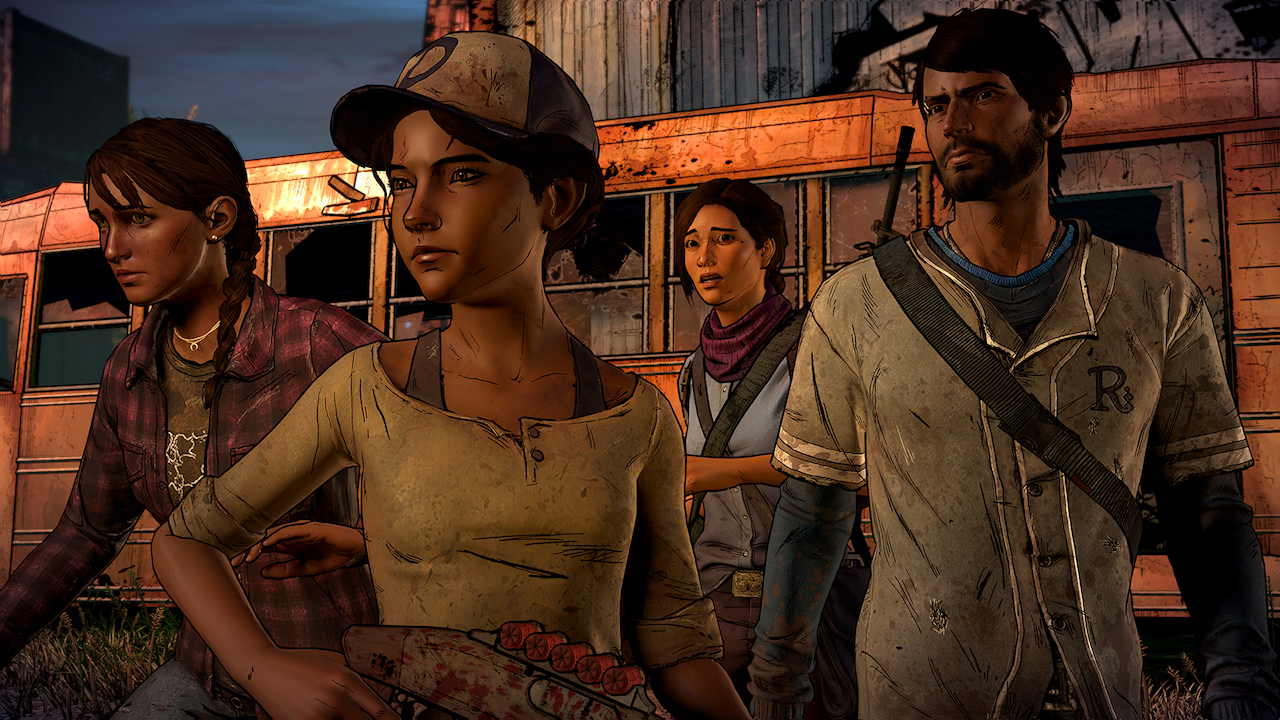 Speaking of patches, I discovered a very weird bug whenever I pause the game during an interactive cut-scene in Episode Two. Upon entering the menu, the dialogue keeps going on behind the options menu. When you return, the dialogue stops completely, and the characters stand still like they're soulless figurines. There's currently no way to fix this problem, other than to exit to the main menu, meaning you'll have to start back up from the previous game checkpoint you were on. Considering a huge chunk of the episode is interactive cut-scenes, it makes it tough to choose when you should pause the game without messing up your progress.

Graphically, while A New Frontier looks as good as the recent Michonne trilogy, it's hard to not notice that the gaming engine hasn't aged gracefully for these current-gen consoles. Character models and worlds look far slicker on the Xbox One than they did on the 360, but they can look rather janky at times. I also caught a character or two "teleporting" from one spot to another during a cut scene, causing this reviewer to be taken out of the emotional aspect of the game for a moment. Here's hoping that Telltale revamps its engine sooner rather than later. 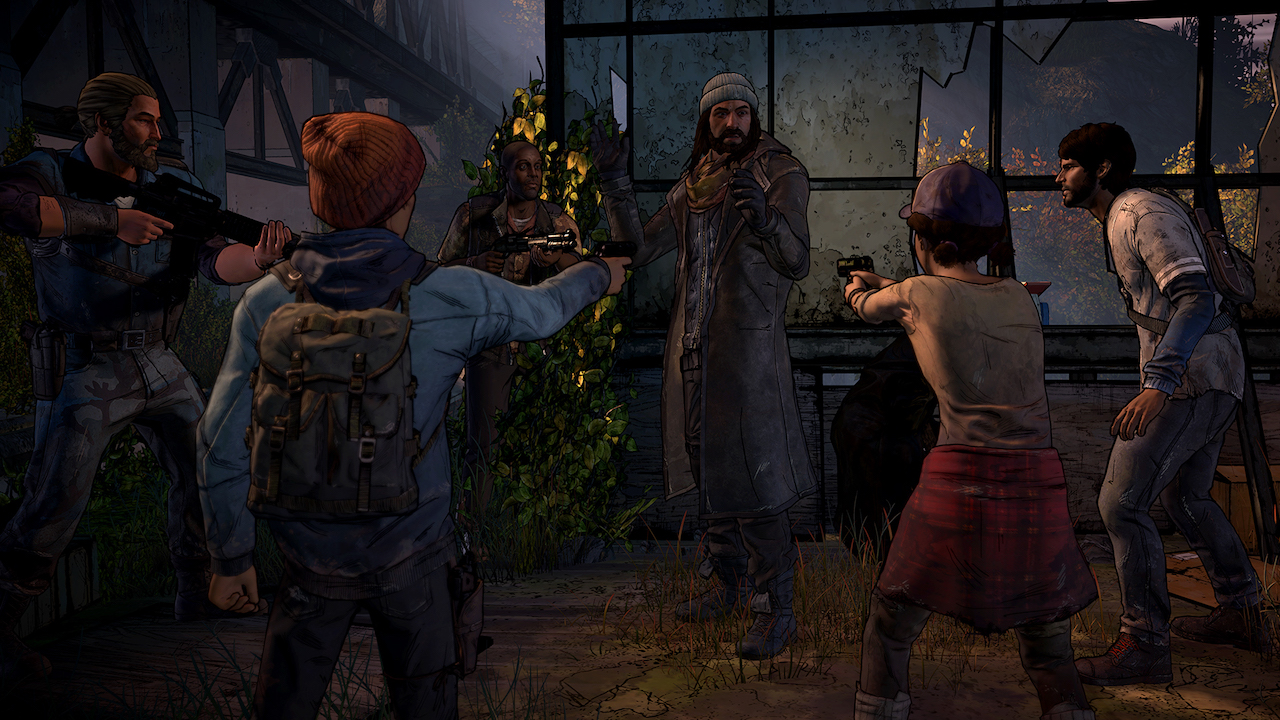 At the very least, The Walking Dead: A New Frontier is still delivering some outstanding performances from its voice cast. Jeff Schine's Javier is easy to relate to, pushing out some of the more heart-wrenching moments of "Ties That Bind." Melissa Hutchinson's reprisal of Clementine adds some angst and anger into her voice, as she continues to strike out when it comes to finding trustworthy people. Both Schine's and Hutchinson mesh well when dealing with the more harrowing moments of the game, with Hutchinson's Clementine surprisingly acting more like the tough sage to Schine's exhausted and worried Javier.

Despite some graphical flaws, "Ties That Bind" served as a nice welcome back to Telltale's The Walking Dead series. Great performances, strong writing, and some unexpected turmoil help to keep the latest in the series shining over its rougher areas. I have no idea what's about to happen to Javier & Clementine in Richmond, but whatever it is, I can seriously bet that it will be no picnic!