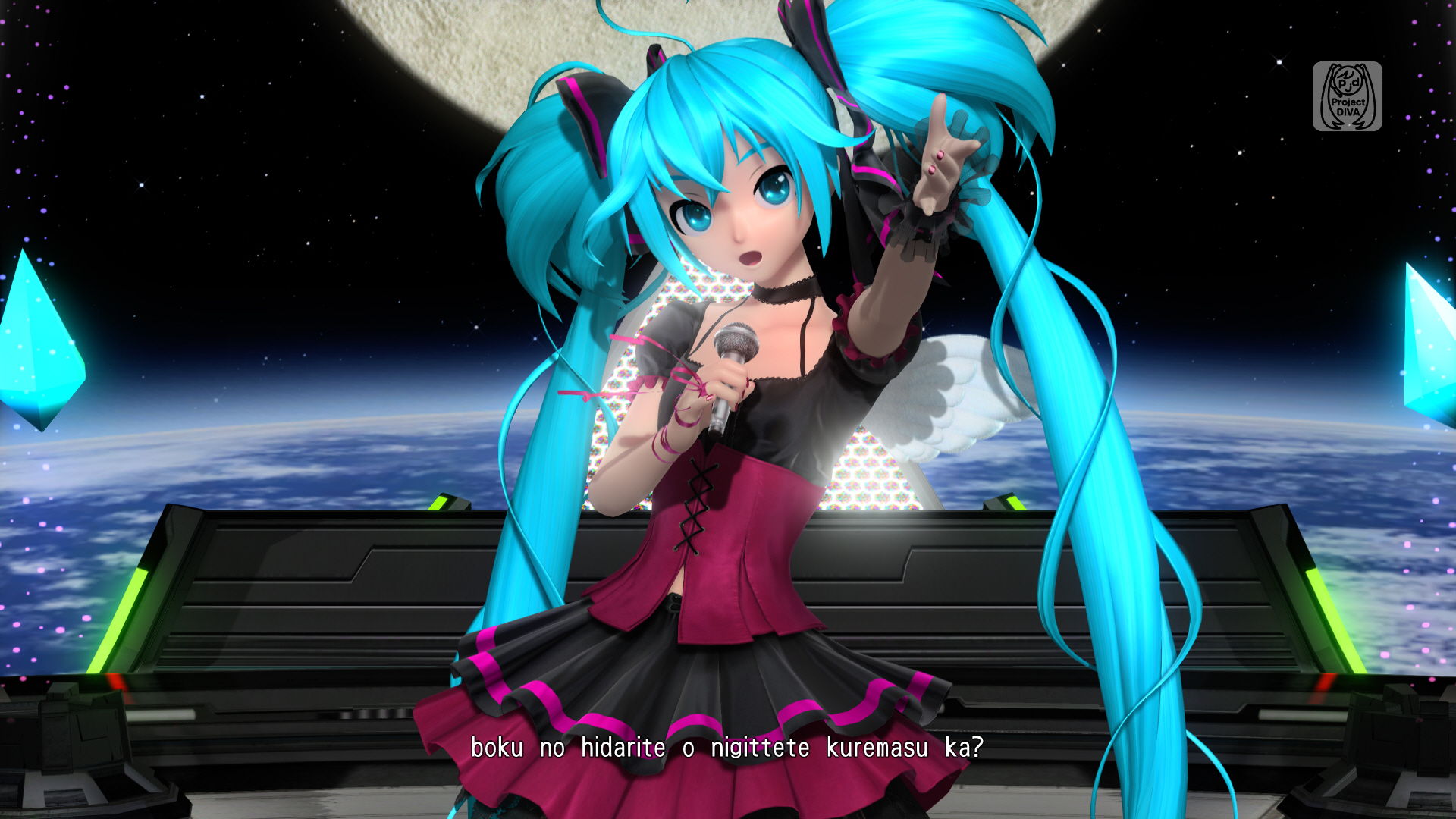 Of course, there are some modes outside of the main rhythm game, but they aren't much. There's a customization section that lets you alter the Vocaloid's appearance with modules to change there outfits and accessories. Unlike Project Diva, X though, the modules don't offer combo bonuses to the Voltage Gauge or the like. It's a purely cosmetic change, so already there's less incentive to keep playing the rhythm game outside of challenging yourself. For those needing a break from the button-pushing, there's also a gallery mode to view PVs and other things. 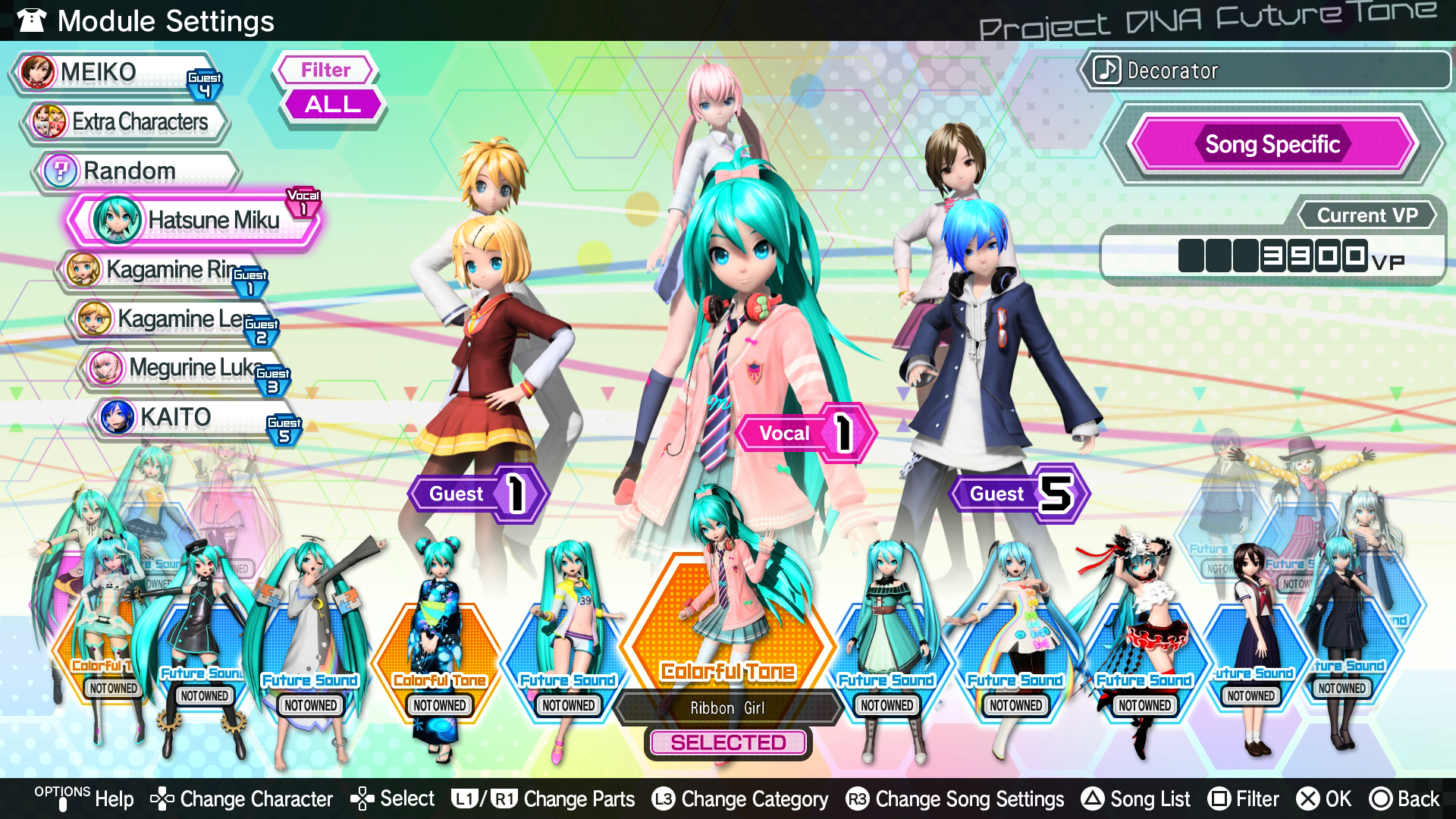 This just leaves the Rhythm Game mode itself. Future Tone is set up like the other Miku game, with you having to hit the corresponding buttons when the icons line up with the prompts, all while entering the screen from all over the place. There are some prompts that require you to use the right and left analog sticks, but you can use the shoulder buttons instead if you prefer. The game will try to throw you off with directional inputs, but they provide the same function as the face buttons. Get a high enough chain going, and you enter challenge time. During this time, you can rack up points consequence free, and rack up your points.

The game's a lot tougher, though, and it's very strict about success. Being an arcade game, it's even tough on Easy mode. Other Miku games have seen Easy leave with players only having to deal a few inputs. However, this game throws that idea out, leaving the prompts difficulty lying in how fast they move across the screen, as well as their quantity. The songs are also tiered, meaning that not every song has an easy or normal version to it. 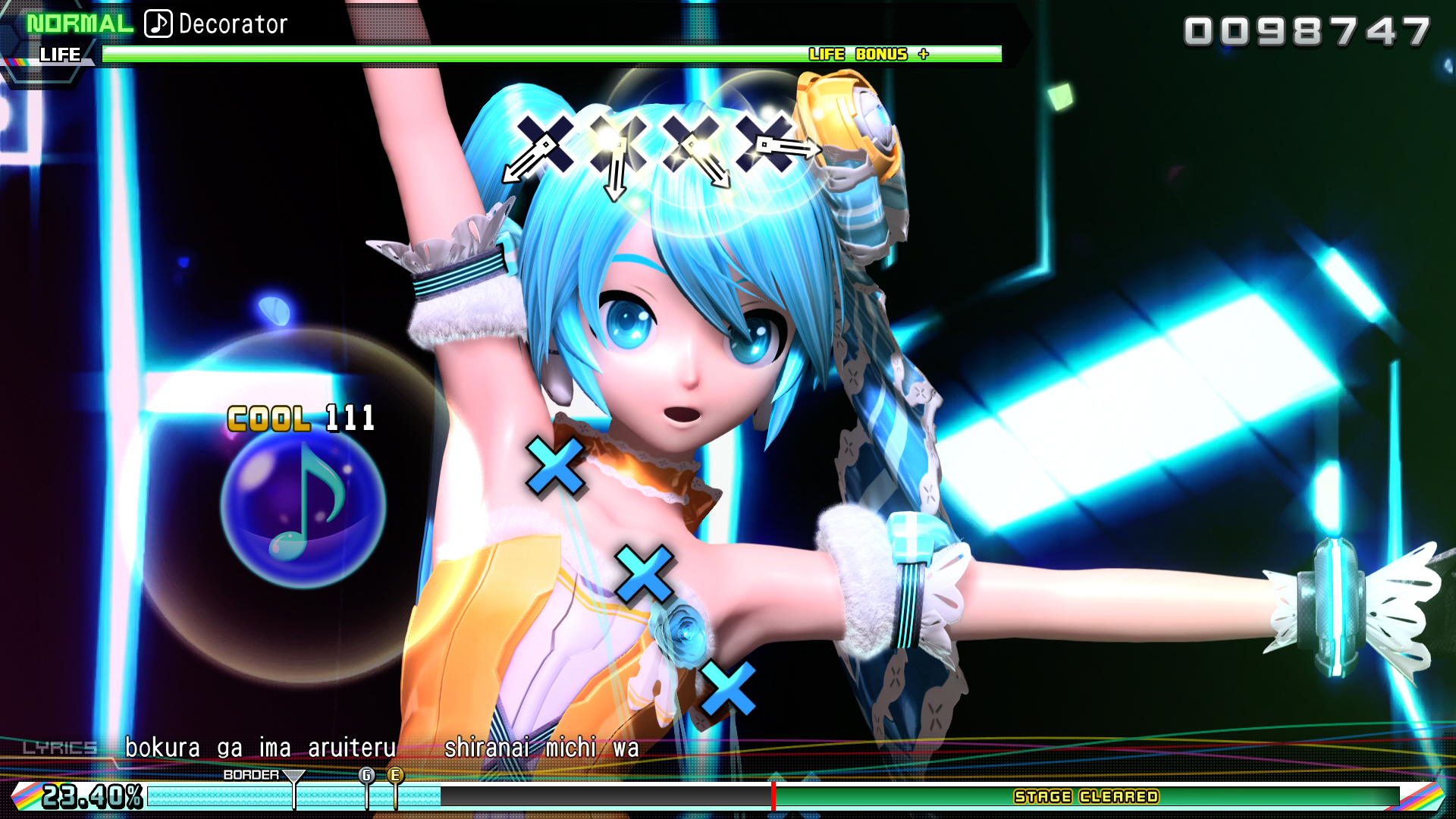 At the end of the day, the rhythm game is all that there is to Future Tone. The biggest appeal in this game is the sheer volume of tracks in the game. If one were to buy all the song packs, there would be 236 tracks in total. Its base game already has a larger number tracks than what's seen in previous titles like Project Mirai DX and Project Diva X. Sadly, without extra features like a story or sim mode, this leaves a game like this mainly to the hardcore crowd. In that respect, though, the game is a good recommendation.

The Good: With all the track packs, there is a possible 236 tracks on offer to play.
The Bad: The difficulty is rather high, so it's definitely more for vets.
The Ugly: Not much to do in the game other than the rhythm game.

SUMMARY: Hatsune Miku Project Diva Future Tone is like a compilation of every Vocaloid track ever made, and that should be appealing to those who are deep into the series.

Promotional consideration provided by John Hardin and Sega. Reviewed on the PS4.