HomeAnimeGAME REVEW | Wheel of Fate Turns Ever So Slightly In "Blazblue: Central Fiction"

GAME REVEW | Wheel of Fate Turns Ever So Slightly In "Blazblue: Central Fiction" 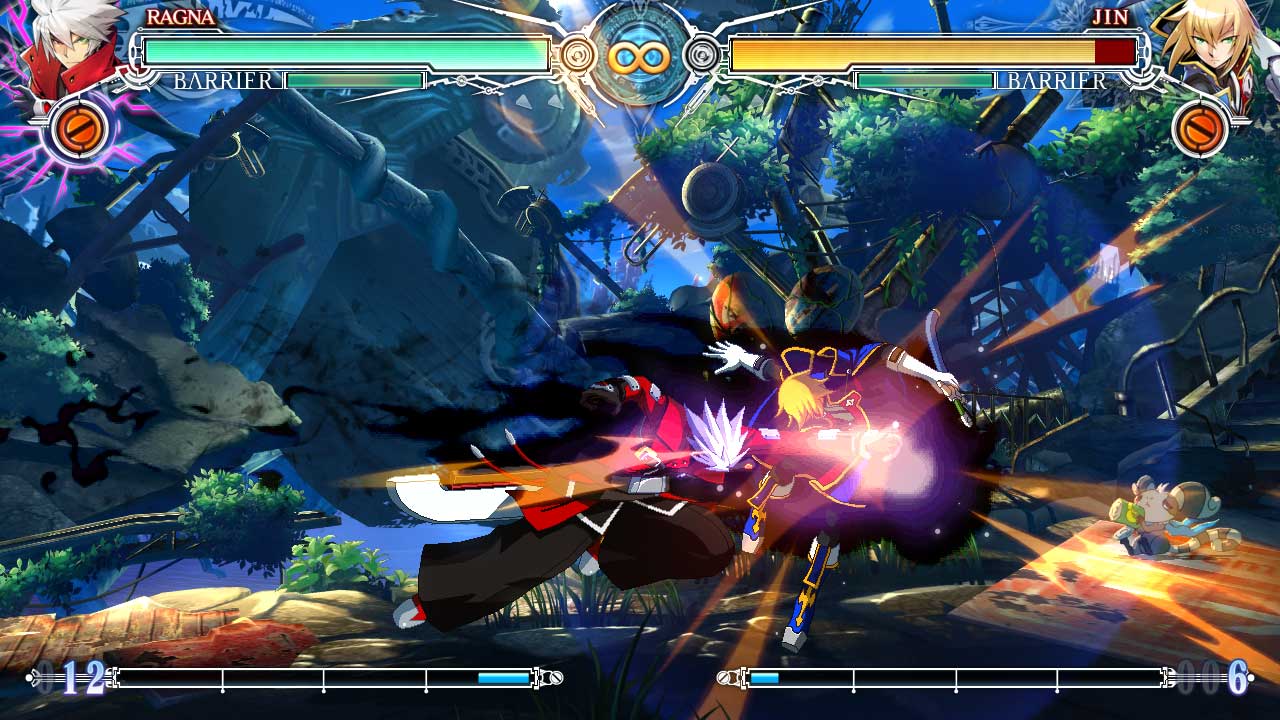 GAME REVEW | Wheel of Fate Turns Ever So Slightly In "Blazblue: Central Fiction"

Blazblue: Chrono Phantasma Extend released on the PC awhile ago, and its successor Central Fiction followed a few months back. After some patches have been released, I thought it'd be a good time to finally tackle the latest chapter in this fighting game series. The results produced a sequel that is still fun, although it hasn't changed much from its predecessor. However, we do get a conclusion to the story of its headlining character, Ragna the Bloodedge.

Like I mentioned before, the gameplay hasn't changed much from Chrono Phantasma Extend. (My thoughts about that one can be read in-depth here. In fact, you should probably read that first. Are you back? Okay, good.) The new features to Central Fiction are slight, but some are a bit more interesting than others. The game now has a small timer showing the length of a character's Overdrive, and some cosmetic changes to the battle GUI. 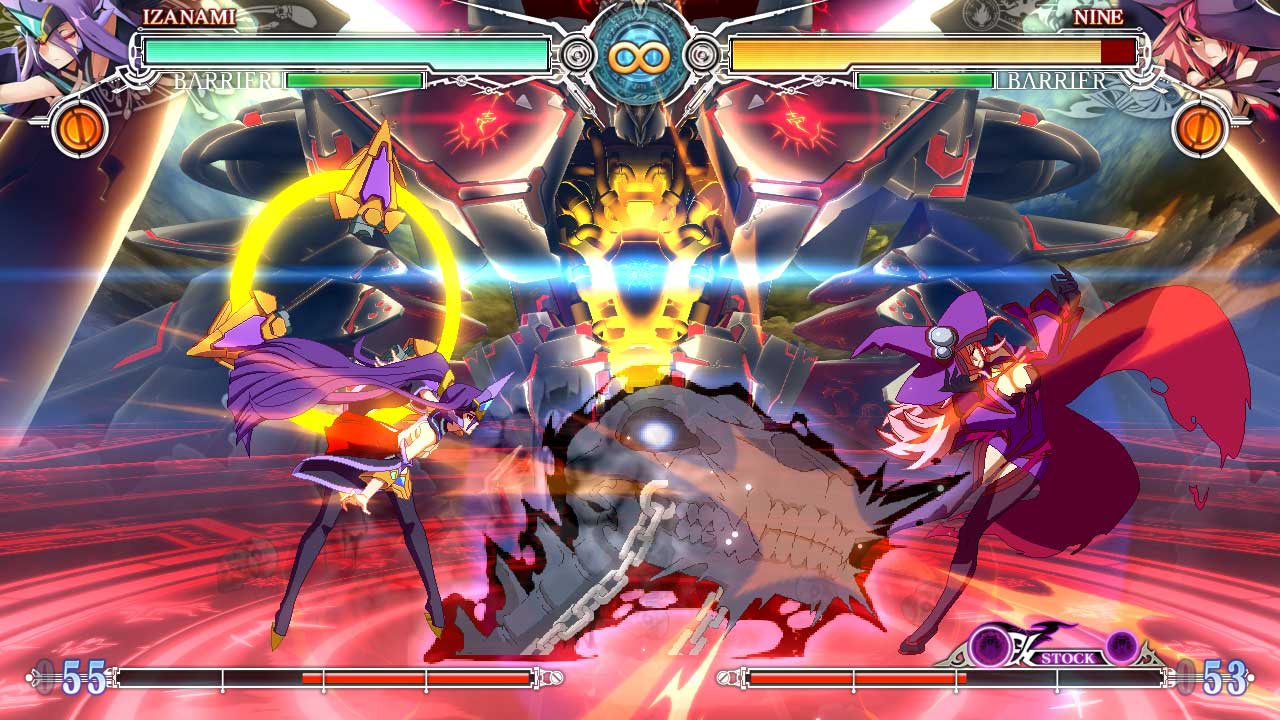 Its newest mechanic is the Exceed Accel, which is a special type of Distortion Drive that activates when holding down the last input when execution the normal Overdrive. While extra strong, it also consumes the Overdrive gauge. The last notable change is the Active Flow, which works opposite to Negative Penalties. Instead, you can get stronger by constantly being on the offensive, as opposed to being unable to use special attacks and the like in a Negative Penalty. Of course, there's new stories for each character, as well as the Story Mode itself.

The rest of the game is mostly the same, although the online mode now has a lobby system with a similar setup to Guilty Gear Xrd -Revelator-. This time, it's represented in lo-fi 2D with the aesthetic seen in Xblaze Lost:Memories. Much like Revelator, the game lacks an English dub, marking the first time that a Blazblue has lacked English voice acting at launch. While Aksys and Arc System Works were open to the possibility of doing a dub as free DLC, there hasn't been any word on that front. 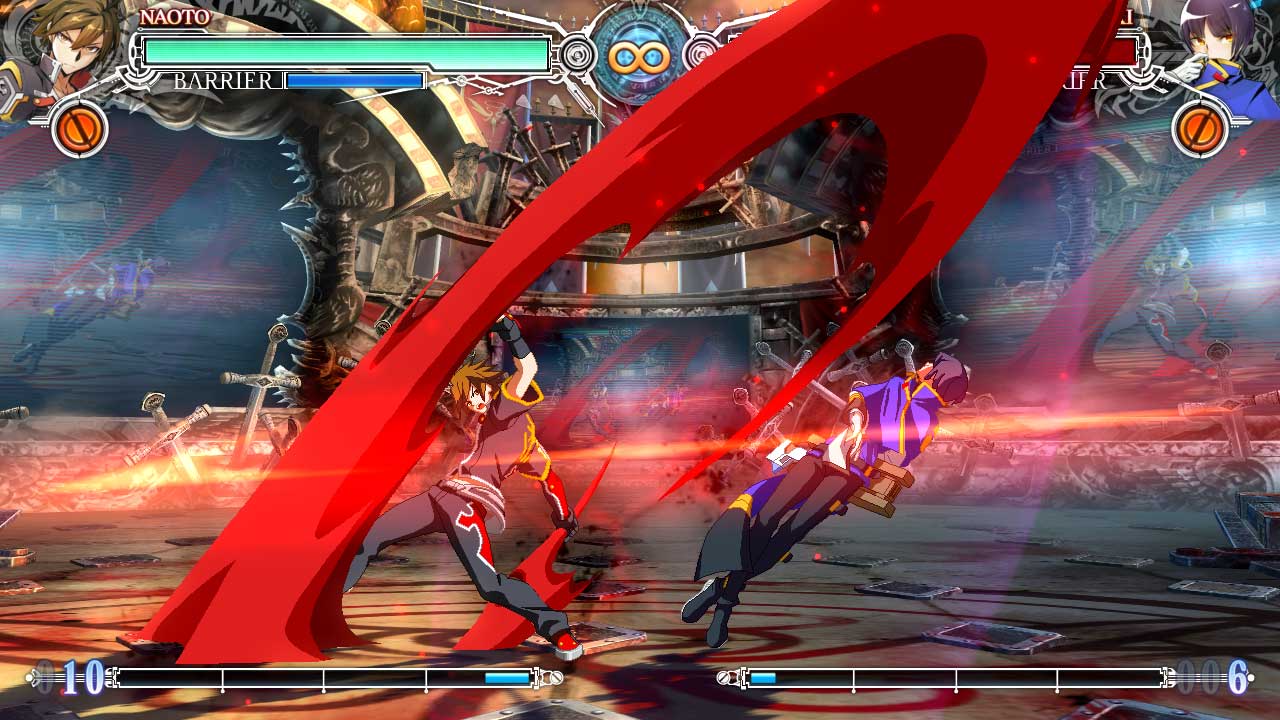 Other sore points are how some characters' story modes don't develop those fighters well. This is a shame, since they weren't well-developed before, and once again were left behind. Although since this is the end of Ragna's story, maybe the next games will shine the spotlight on them a bit more. Otherwise, this is a strong follow-up to Blazblue, one that fans will appreciate it.

The Good: The gameplay is still engaging, but with a few new wrinkles and the conclusion of Ragna's Story.
The Bad: Lack of an English dub is a bummer.
The Ugly: The DLC characters should have been a part of the game to begin with.

SUMMARY: Blazblue: Chrono Phantasma Extend is a good franchise continuation that is still fun to play, despite the updates being slight.

Promotional consideration provided by Alia Carrol and Aksys Games. Reviewed on the PS3 and PS4.