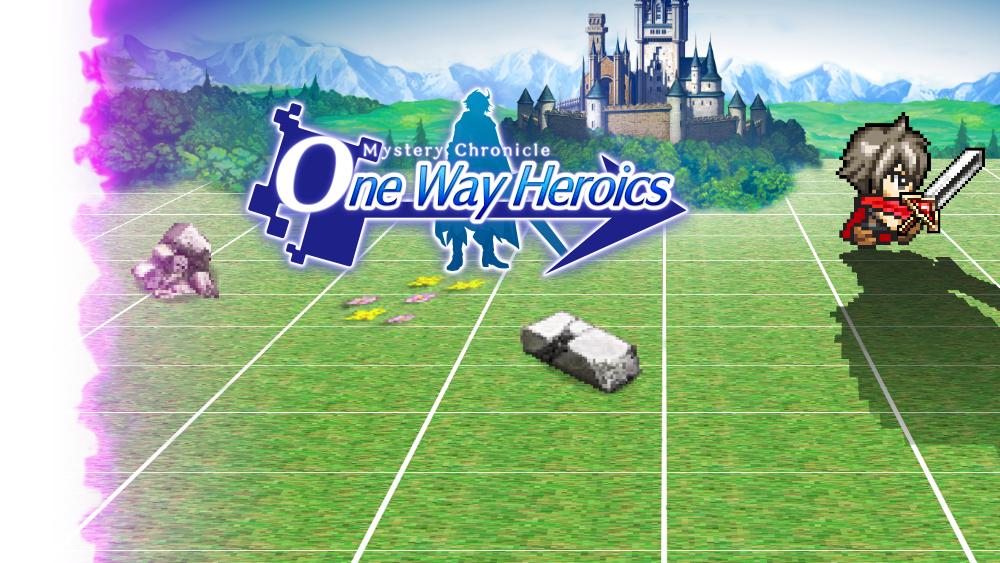 While I have never played the original One Way Heroics despite owning it, the game proved popular enough for a Japanese company to re-purpose its core and make a new game out of it. The result is a title with more RPG mechanics and a full story mode behind it. Thankfully it's a fun experience, even though the randomness of the game can wildly affect you mileage.

The story in Mystery Chronicle: One Way Heroics is basically your typical one where you have to save the world from the big bad, but now with a twist. Its twist is that there is a light bringing destruction to anything in its path, and it's the hero's job to take out the one responsible before the light can reach them. The result is a game that plays out more rogue-like with a runner-style element. 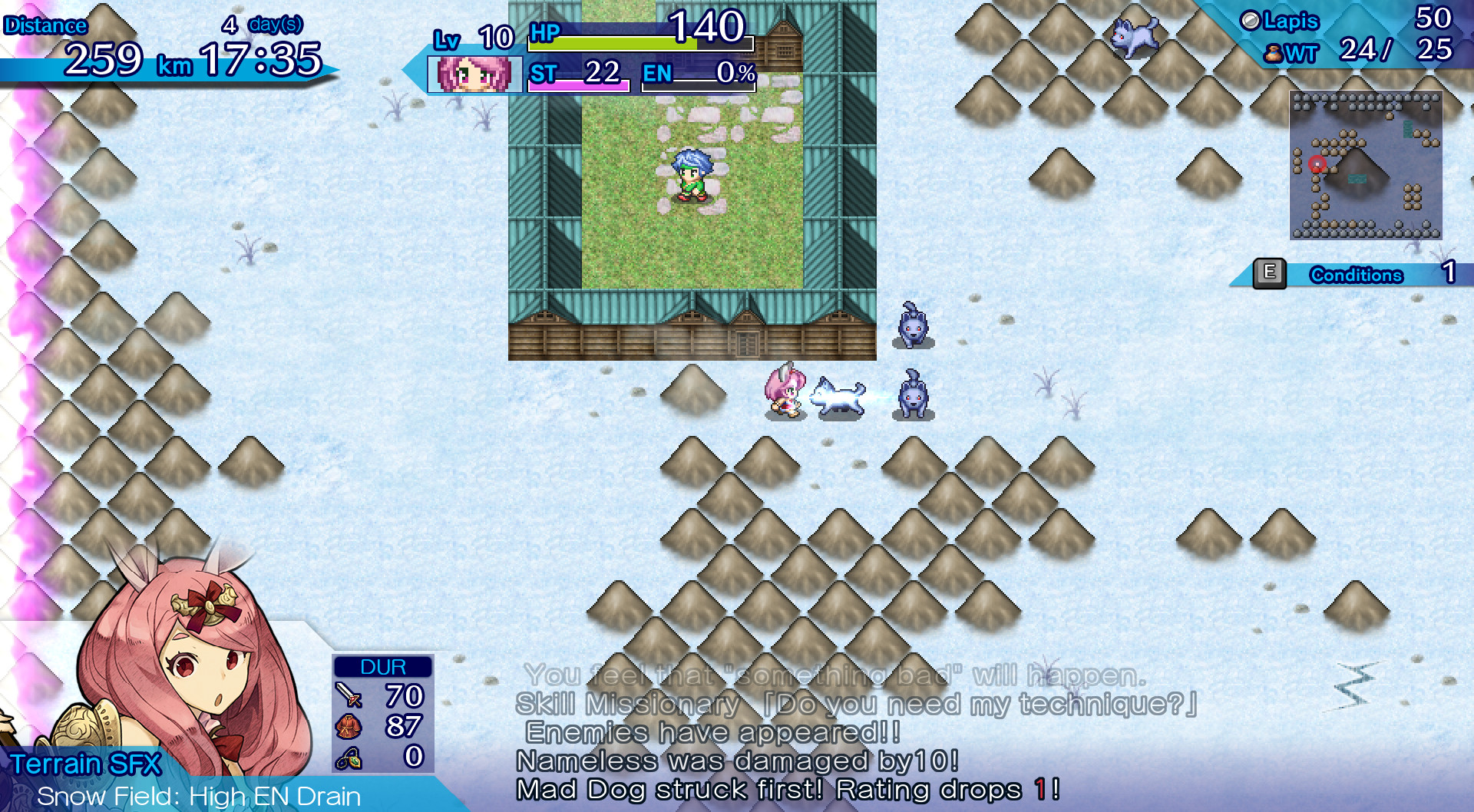 While your goal is to grind up enough to take on the level boss, you are constantly pressured to keep moving on. You might be unable to get through an area the first time through, so only a handful of things are kept between each attempt. You'll be able to save in the middle of a level if you have a token, so long as you're willing to sacrifice a few character levels. The rest of the gameplay will consist of you taking advantage of roguelike mechanics. You'll need to make use of throwing items and environmental obstacles to survive.

Mystery Chronicle: One Way Heroics is pretty fun, but the size of the action is a bit hard to see on the Vita version of the game. It's nice for on-the-go play, but thankfully there's cross-saving with the PS4 version. The music is so-so, and the game sprites are tiny, so it's hard to appreciate them. (At least there is nice artwork for character portraits.) There is some nice humor in the game, but the English voice acting isn't very good, and might dampen the comedic impact at times. You can also play as different characters, so eventually you'll find a class that you'll enjoy more than the default one. If you like rogue-likes and runners, or the original One Way Heroics, Mystery Chronicle is worth checking out. 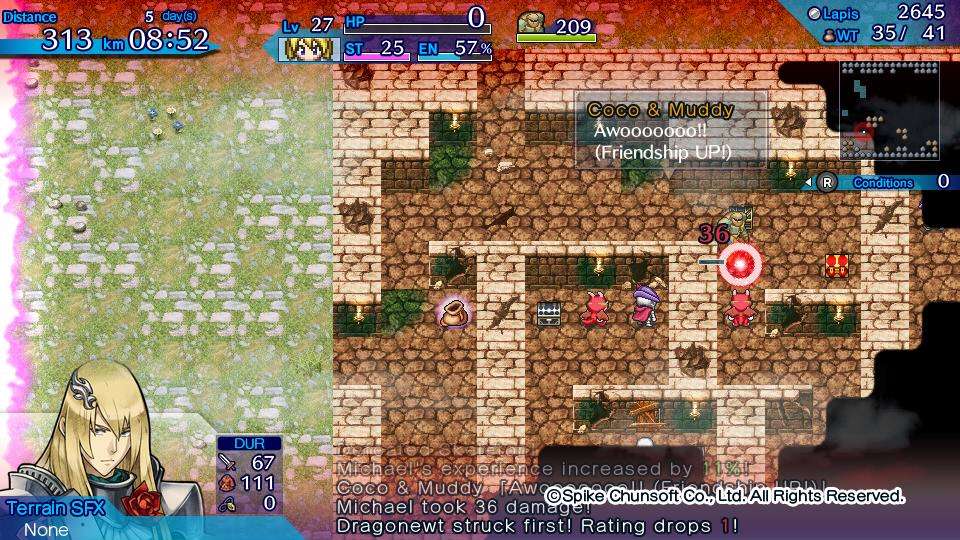 The Good: The game has a fun runner style approach to rogue-like dungeon crawling.
The Bad: English voice acting is not the greatest.
The Ugly: The RNG can really give you a hard time.

SUMMARY: Mystery Chronicle: One Way Heroics is a fun little runner style RPG, but it's randomness can sometimes derail your enjoyment.

Promotional consideration provided by Spike Chunsoft. Reviewed on the PlayStation Vita and PS4.