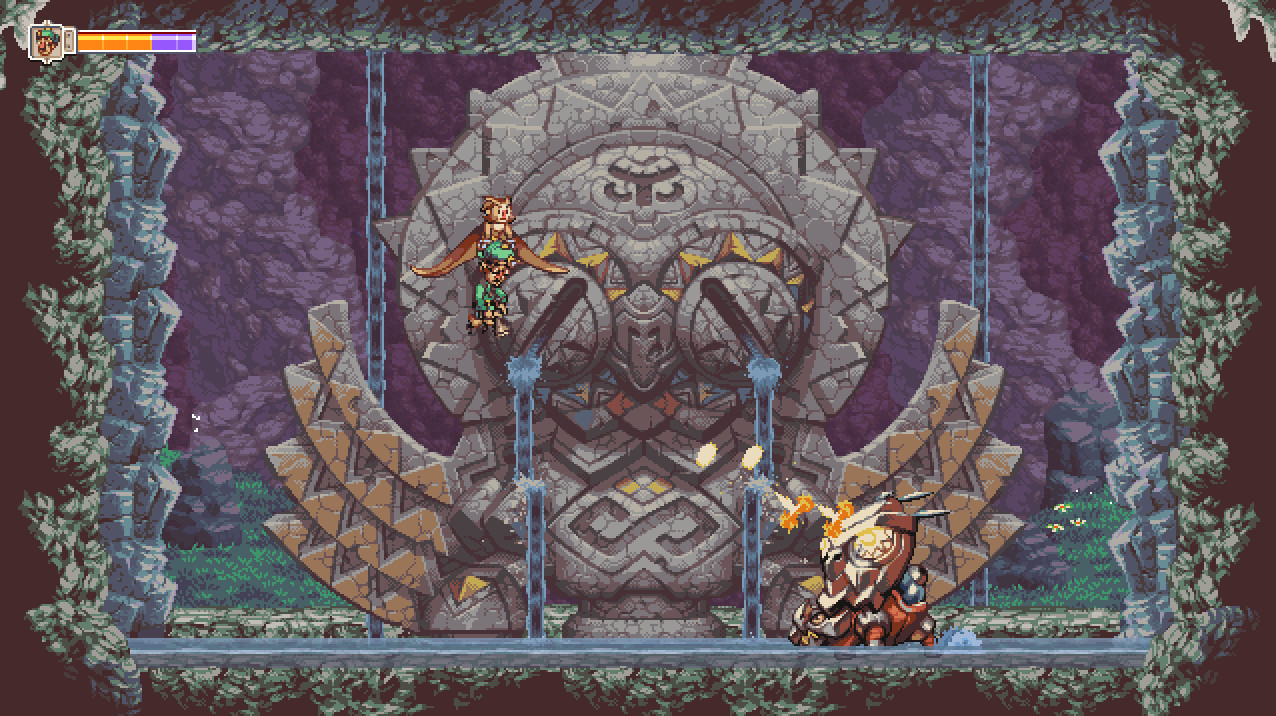 Owlboy is a treat of an action adventure game. It borrows elements of The Legend of Zelda, but still is very much its own thing. It's also one of the most animated indie games I've seen released thus far. Believe me when I say that there's a lot to love here. Developed by D-Pad Studios, Owlboy stands as an example of how ten years of development refinement can take you far.

Owlboy is about a boy from a race of Owl people who are among the last of their kind. Otus is the boy's name, and he's learning how to fly with the aid of his special cape. This is all so he can be used as a sentry for the town he lives in. One other thing is that the world suffered an incident that left all of its continents floating in the air, and you'll discover the reason for this later. During his training, Otis ends up getting caught up in a war with the Sky Pirates, leading him towards an adventure that will span five areas. 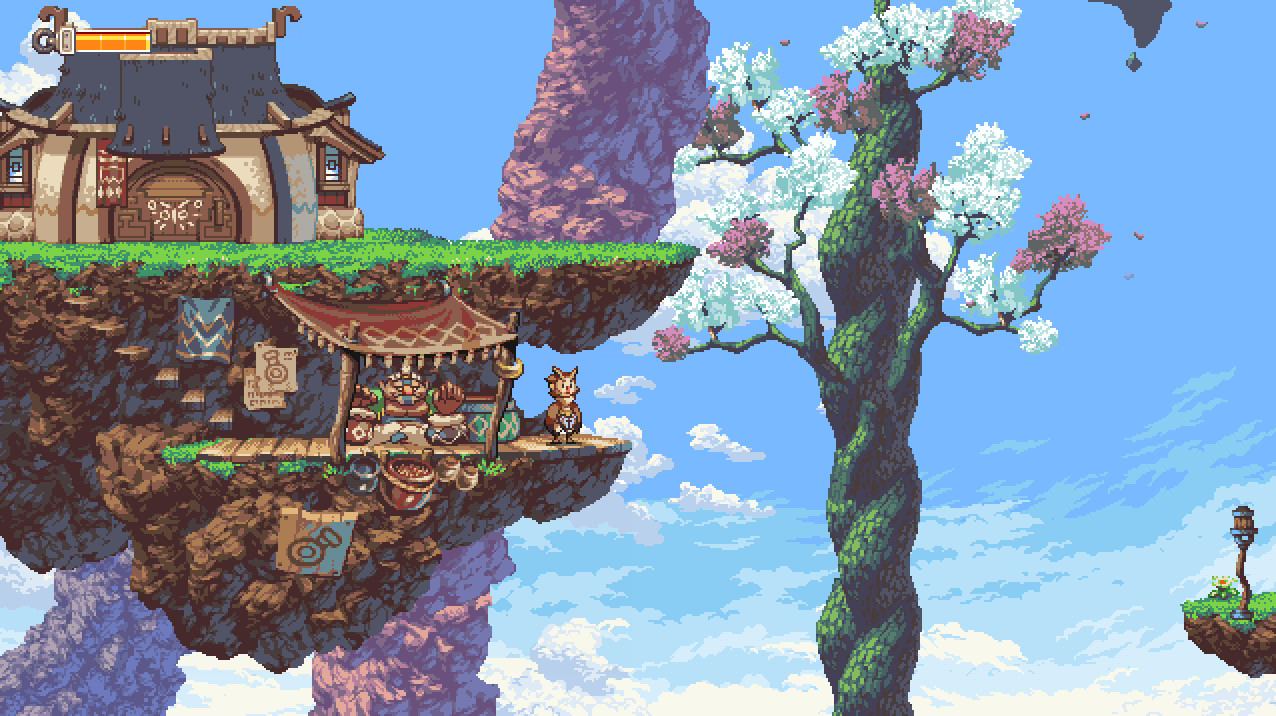 Gameplay for this game consists mainly of Otus flying about, and your options for combat are initially limited to a spin attack that only breaks certain obstacles or stuns enemies. To get rid of them permanently, you'll need to shoot them with you support character of choice. Each of them has their own puzzle-solving uses like providing light, or a means of zipping from one side of the room to the next to withstand windfall or waterfalls. You can also dash across the rooms to traverse the landscape quicker, as well. Boss fights are mostly puzzle-based, as it's more than a matter of just shooting something until it dies.

Visually, Owlboy is a treat, as the animations are very detailed and the overall feeling is evocative of titles like Zelda. The game even borrows the text tones from A Link to the Past and the designs of the characters resemble that of The Wind Waker. It also seems to draw inspirations from games like Kirby and Gunstar Heroes. The music is also great, as well, although the more 9-bit chiptune aspects early in the game do seem out of place alongside the visual quality. 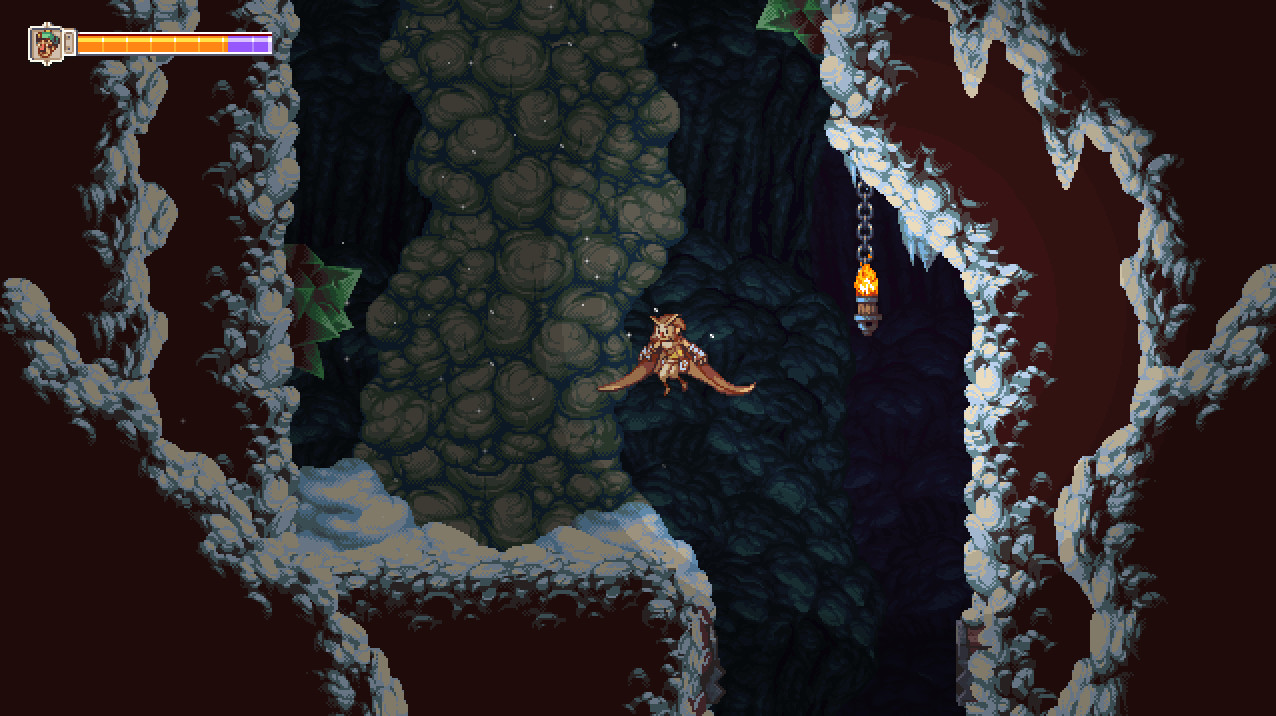 If there's anything that the game does fail a bit at, it would be the inability to fast-travel to and from certain areas. This would help players more easily find all the hidden coins needed to get all the upgrades from Buccanary's Shop. A map would have helped, too. At least the game does tell you how many coins you collected in each area. Another thing that would have been nice would have been that there was more exploration and less linearity.

There are plenty of secrets, but most are locked out until later or lead just to more coins. But all in all, the game is very solid, and if you like action-adventure games with great art, Owlboy is a solid recommend, and hopefully console players won't have to wait long before they can experience the game, too. 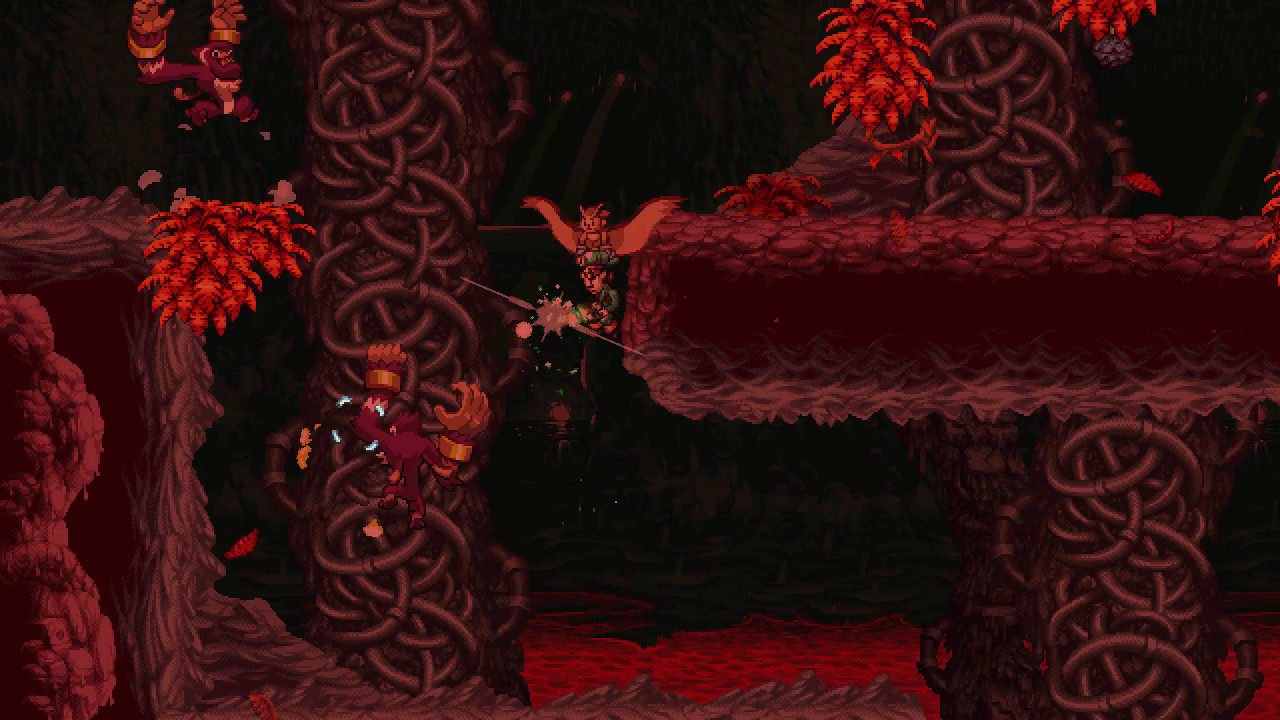 The Good: The real challenge of the game comes from all the collectibles you can find.
The Bad: No good way of getting from one location to another.
The Ugly: That horrible cannon mini-game will drive you nuts.

SUMMARY: Owlboy is a fun 2D-side scroller that has some of the greatest animation coming from an indie project I've seen.