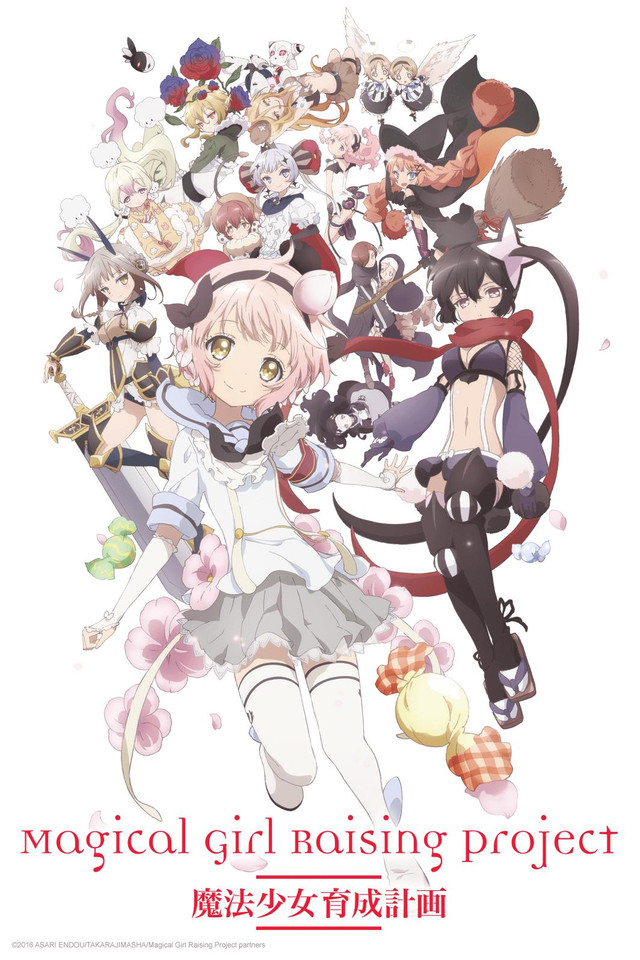 Magical Girl Raising Project has left me speechless on many occasions. On the surface, it looks like your average run-of-the-mill Pretty Cure/Sailor Moon kind of series. Instead, it takes a page straight out of SHAFT's book on how to take a light-hearted genre and screw up its viewers senselessly.

Based on the light-novel series by Asari Endō, Magical Girl Raising Project focuses on a popular mobile game that gives players the chance to be a full-fledged magical girl. When Koyuki Himekawa (Nao Tōyama) is the next one chosen, she experiences her childhood dream for real as she sets out to rescue those who are in need. However, due to an overabundance of magical girls in the city, the game's mascot character Fav (Kurumi Mamiya) announces that there are some cuts that need to be made, forcing the current sixteen participants to have to compete with one another to stay a magical girl. 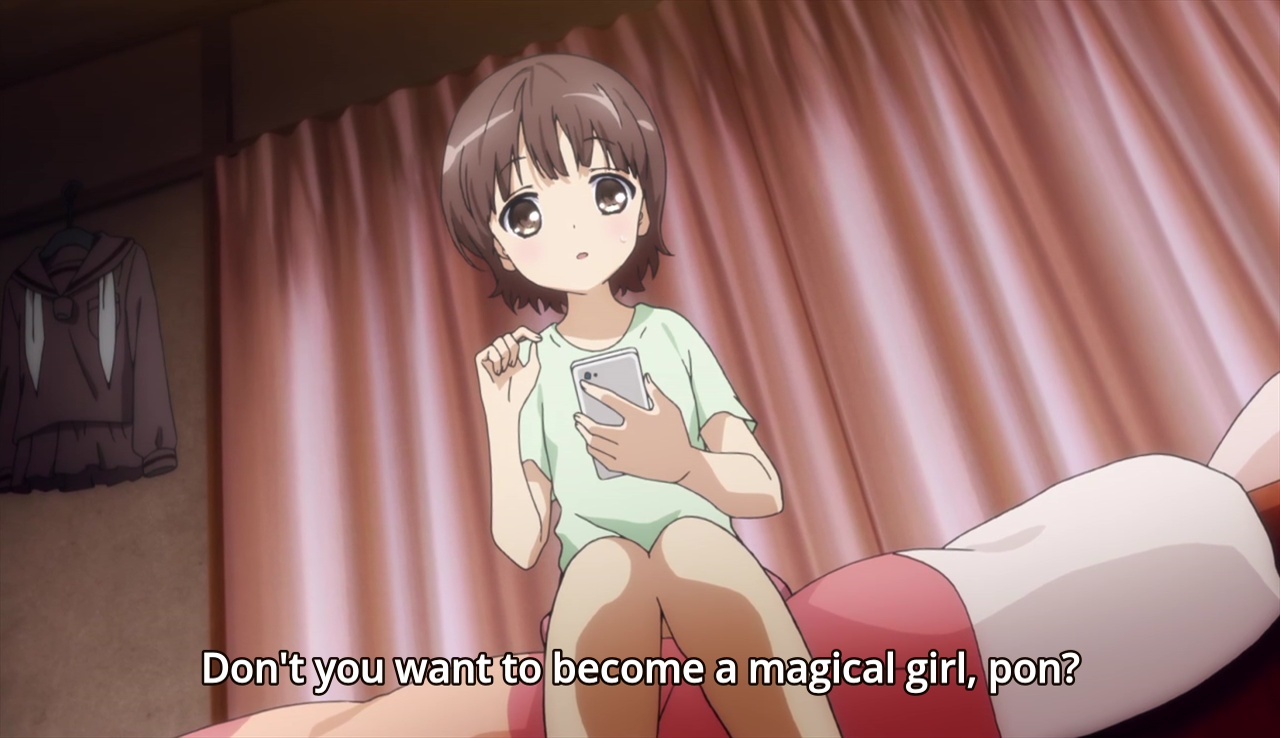 It's when the competition begins when the true faces of some of these magical girls are revealed, and it's not at all pretty. In fact, it gets rather gruesome fast. When the game of earning Magical Candies goes into full swing, some go forth and attempt to take out the leader in order for their personal gain. Their reason: not only does the last-place competitor lose the ability to be a magical girl, they also die. It's here when the likes of Calamity Mary (Kikuko Inoue), Ruler (Yōko Hikasa), and Magicaloid44 (Satomi Arai) attempt to use their abilities to survive and eliminate their competition.

Adapting Endō's light novels, Takao Yoshioka manages to take a genre that's become a staple of the anime realm and twists, turns, & breaks it into thousands of pieces. Yes, it's hard to not compare this series to SHAFT's iconic Puella Magi Madoka Magica, as both take the magical girl realm and shoves reality into the face of its spectators (not to mention the similarities between Kyubey and Fav). However, while Madoka Magica played with the elements of philosophy and theology in its vision, Raising Project manages to instead go the Lord of the Flies/Battle Royale route and showcase the violent mentality that lies deeply within humankind. In its own way, it shows that no matter how good of a person one claims to be, there will be something that will spark anger, hatred, and the urge to lash out at those who oppose them. 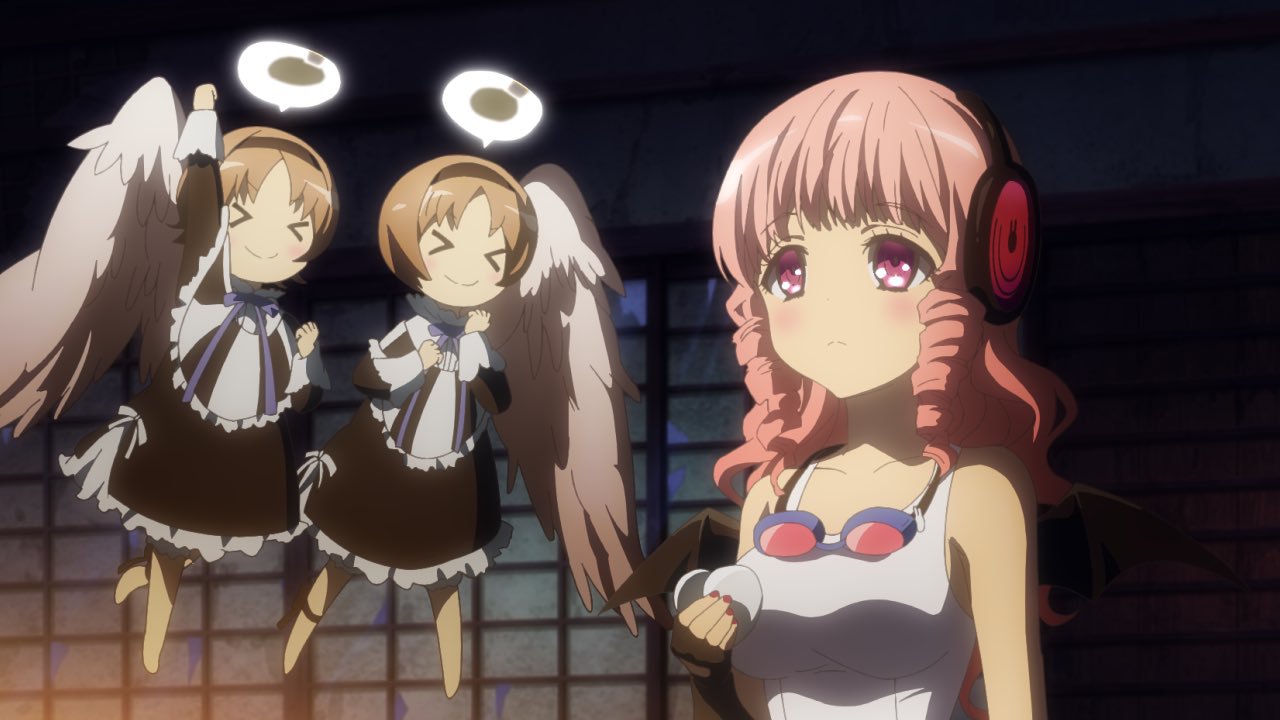 Magical Girl Raising Project does a fantastic job with their characters, to the point where -- outside of Koyuki's Snow White -- no one seems to be as trustworthy as they seems. The best example of this is showcased in the duo of Sister Nana (Saori Hayami) and Weiss Winterprison (Yū Kobayashi), whose presence always feels rather darkened, despite Sister Nana claiming she wants to find a way for all the magical girls to survive without getting at each other's throats. (Kudos, though, for a portrayal of an LGBT couple that is treated as norm rather than paraded around as a wondrous artifact. Hopefully, more series will take a cue from this.)

It's because of the performances from the voice cast that helps the anime play with the mentality of its viewers. Tōyama's Koyuki acts from the perspective of the viewer, not knowing exactly what's going on as she becomes traumatized by every act of violence placed upon her and her allies. Inoue's Calamity Mary steals the spotlight every time she appears on screen, with her badassery a cross between Revi from Black Lagoon and Aya from the OneChanbara video game series. Hayami & Kobayashi's chemistry as Nana & Winterprison not only feels genuine to their relationship, but they voice them in such a way where you really can't tell if they're truly good-natured or hiding behind dark intentions. 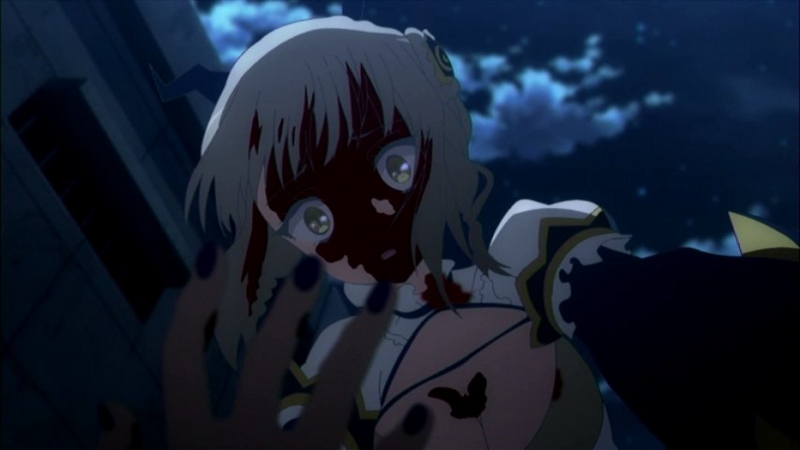 What I really appreciate about Magical Girl Raising Project is that it doesn't hold back its punches when it comes to the action sequences. While it doesn't reach truly hardcore levels, Lerche (Assassination Classroom, Monster Musume) isn't afraid to show a good deal of bloodshed, gore, and even a decapitation or two when these characters battle it out. Because of its nature, it often becomes unsettling to see these people who have been chosen to be heroes going so far as to slaughter one another in order to live another week. And yet, its animation presentation is not only outstanding, but each battle becomes a top candidate for anime fight of the week.

At the drop of a dime, Takuro Iga's score can turn a light-hearted moment into a black-hearted, chaotic shakeup. A moment of heroic justice can suddenly turn into the glory of an antagonist, and its soundtrack never lets you see it coming. Opening theme "Sakabe" by Manami Numakura sets up its viewers for a seemingly fun shojō adventure, only to be one of the first elements of betrayal to the viewer. American-born pop singer Nano's closer "Dreamcatcher" is genuinely heart-stopping, and is in the running to be one of this year's most memorable songs.

It is incredibly difficult to talk about Magical Girl Raising Project without spilling the beans about some of its key moments. However, those who wish to partake in viewing Koyuki's dream job will no doubt come for the magic and stay at the edge of their seat for the horrifying truths that it presents. While it may be a couple years before we'll know if this show will stand proudly next to Madoka Magica as a game-changer, rest assure that Magical Girl Raising Project will at least be sticking in anime fans' minds for a good amount of time.

Promotional consideration provided by Crunchyroll. Episodes 1-7 were observed for this review.