HomeAnimeGAME REVIEW | A Bloody Good Time In "Attack On Titan"

GAME REVIEW | A Bloody Good Time In "Attack On Titan" 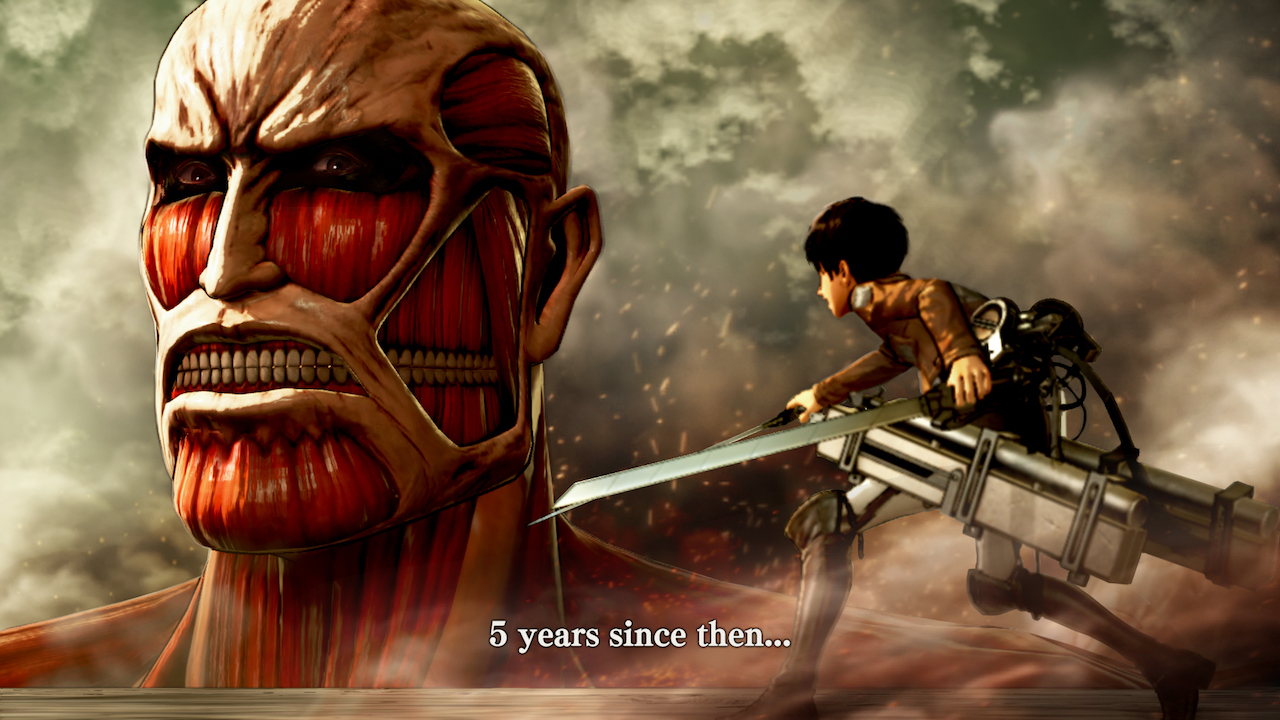 GAME REVIEW | A Bloody Good Time In "Attack On Titan"

Anime-based video games can be very hit-or-miss. Sometimes they can blow expectations out of the water, like with Naruto's Ultimate Ninja Storm series; other times they can deliver some pretty weak adaptations, such as with the massive crossover game J-Stars Victory VS. In regards to the popular Attack on Titan series, its first game -- the 3DS-exclusive Humanity in Chains -- was an okay adaptation with a challenging control system. This time around, the giants hit the PS4 and Xbox One via Koei Tecmo, laying waste to a huge chunk of past anime game incarnations.

The good news about Attack on Titan is that you don't really need to know anything about the manga or anime to dive right into it. Its main campaign tells the story of how these giants are wrecking havoc on what's left of the human race. Focusing mainly on the characters of Eren, Mikasa, and Armin, the game has you reliving all the key parts of the series thus far, leading up to a point where the game has to have some sort of non-canonical conclusion. While there are key character-changing moments left out of this adaptation, it's all for the good of getting into the action. 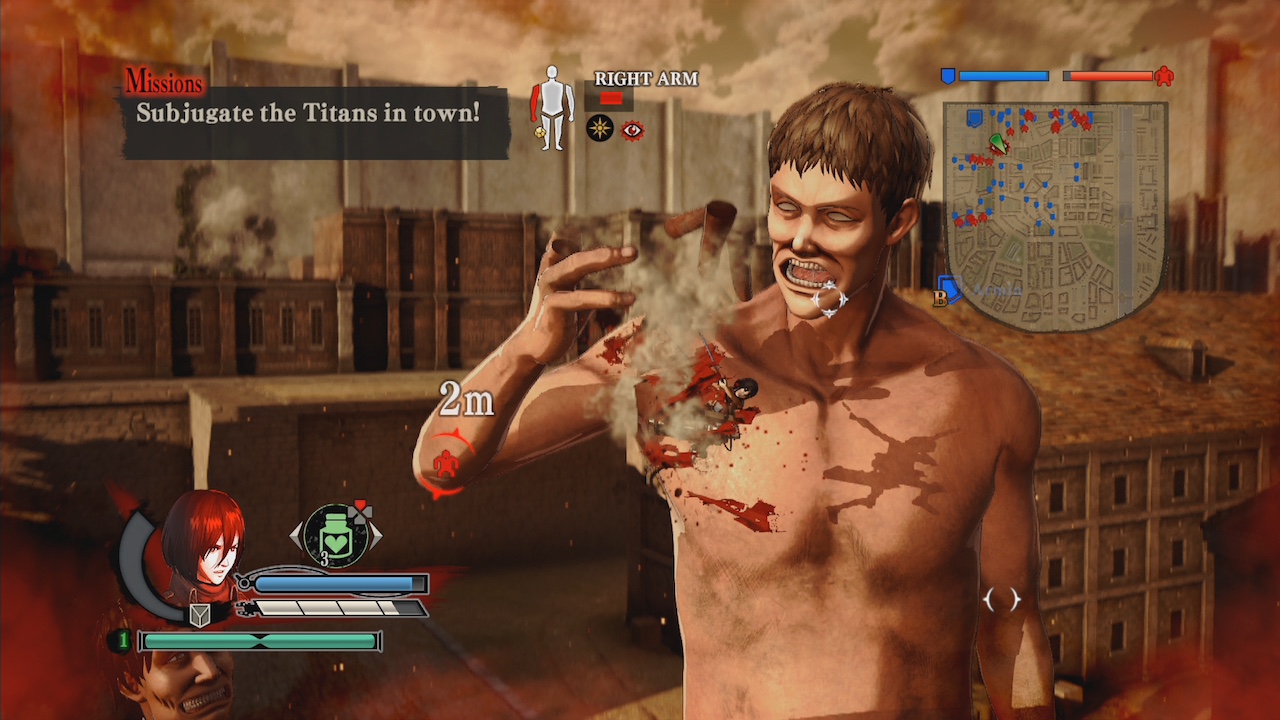 Playing the game itself is surprisingly fulfilling if you wish to reenact some of the best titan-killing moments of the series. As you use the Omni-Directional Mobility Gear, you'll swing and fly around the giant cities and forests with the greatest of ease. While playing, I couldn't help but think that this gameplay formula would work wonderfully for something like the Spider-Man franchise (take note, Insomniac Games). It's when you get to cutting down titans when the fun level boosts significantly. Aiming and timing your strikes well results in either enemy dismemberment or -- if you're really good -- a complete kill.

All this is capable due to Attack on Titan's well-executed control scheme. Switching between flight and fight modes is a simple press of the R1 button, whereas aiming with the right control stick and striking with the Square-to-Triangle brings forth a powerful attack. Refilling your items takes over the D-pad, with an easy-to-follow system that makes sure you don't screw up an item usage during battle. It's nearly impossible to screw up an attack on a titan, unless you're the type to button-mash on everything you play. 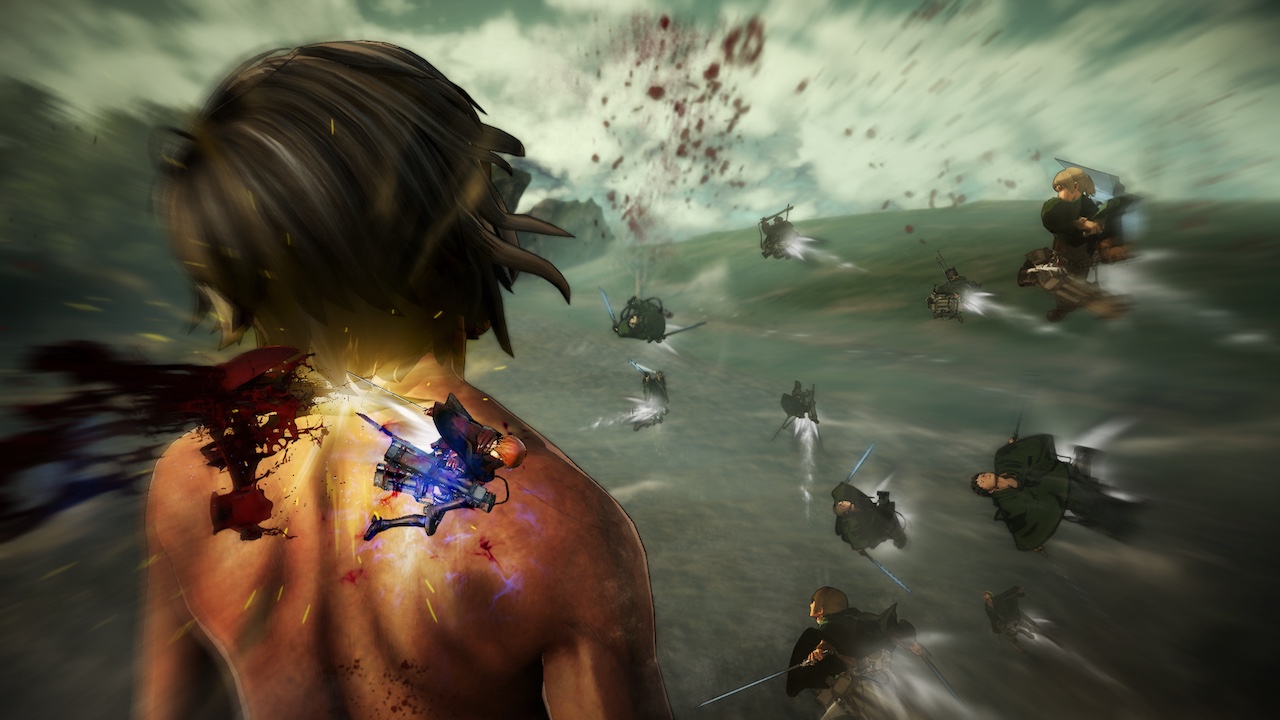 Most of the game focuses primarily on killing titans during both main and side missions, which does result in some repetitiveness. However, how Attack on Titan is set up makes it just about fun to slay these massive humans at around every corner. Never did I groan, yawn, or find myself bored whenever there was a titan in my sights. Merely by instinct, I just flew towards them, and had them taste my blade with a mighty swipe. There's a real thrill to being able to play as a Survey Corps member, and Omega Force really got that feeling down nearly-perfectly.

When you're able to switch to Eren's Titan mode, there's a new level of fun to be had. Running around kicking and punching the crap out of enemy titans never gets old; in fact, it's actually kinda funny! Seeing these ugly beasts get their guts handed back to them has a sort of euphoric feeling to it, and to lay them to waste with relative ease makes it all the more enjoyable. (Don't be surprised if you find yourself replaying these levels just for laughs.) 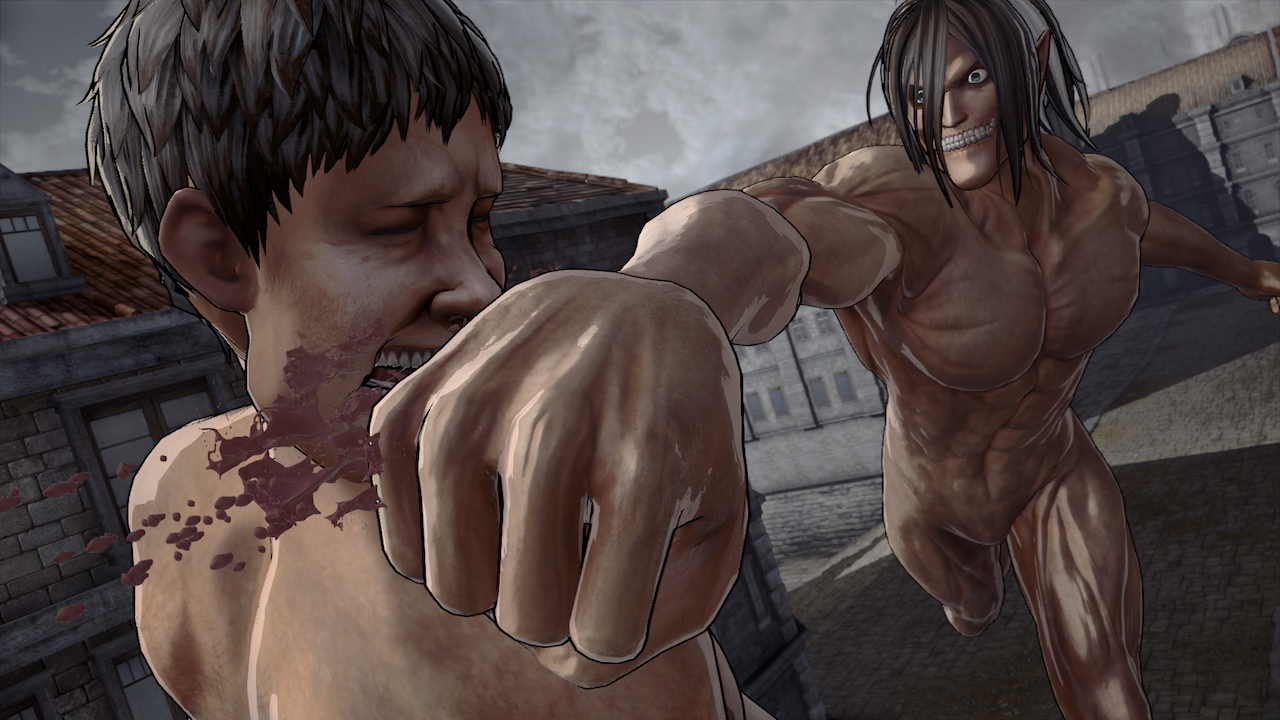 The game's visual style also blends the anime look and 3D realism to a well-made combination. Watching as the Survey Corps battle against titans in 60 frames a second is a wonderful sight to behold. Most important is the gore factor, as the game's bloody combat isn't skimped due to it being an anime-based game; nay, this Attack on Titan adaptation lets you really know how gross and intimidating these monsters are. There's even a nice touch to seeing buildings collapse under the foot of a titan, giving you a good idea of how much carnage these beasts are capable of.

Completing the main game will take you around 14 hours to do so. As you play, you will be able to upgrade items and equestrian rides, which will help out with taking out some of the bigger titans. You can revisit past missions and better your score, which will lead to more upgrades and bonus items that you can use to combine or sell at your leisure. 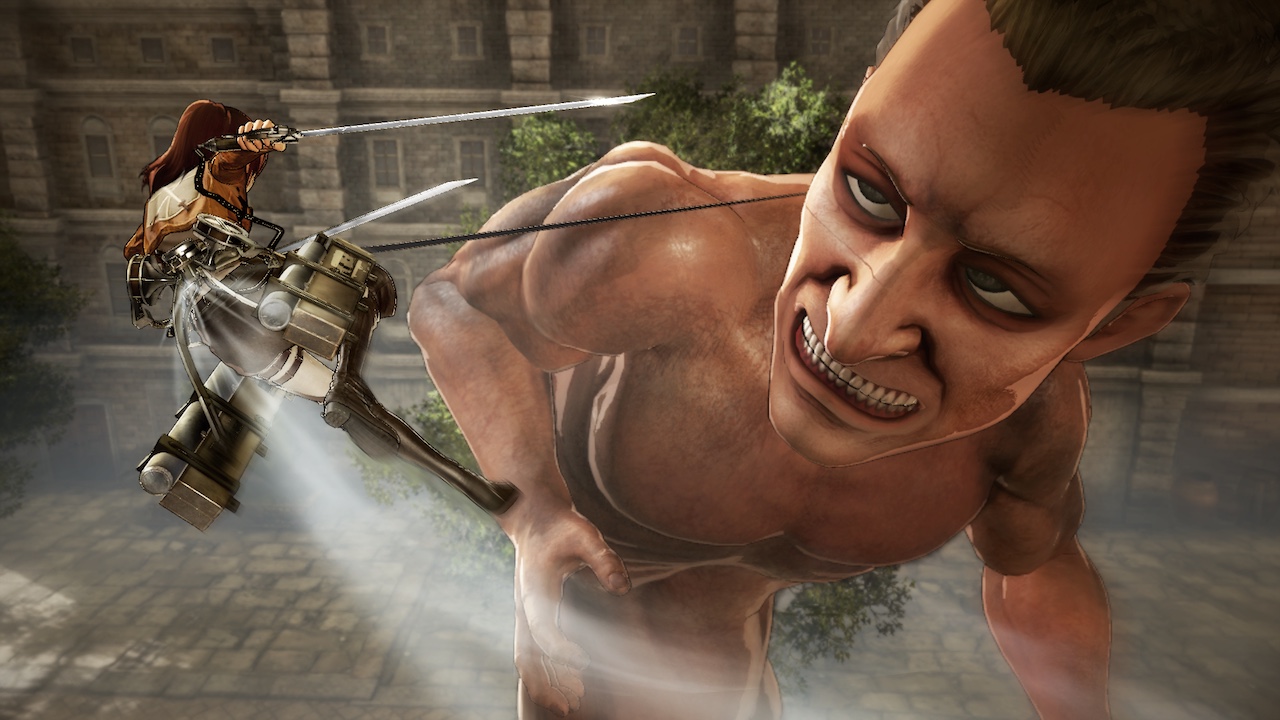 Fortunately, the fun doesn't stop with the main campaign, as Attack on Titan sports an impressive multiplayer mode. With up to three friends, you can take on various missions that take place outside the walls of the cities. It can get rather chaotic, but for what Koei Tecmo was able to deliver in these missions, this madness helps with keeping to the core of the original series. You can even use these skills you've learned in online mode to go towards the campaign, and vice versa, meaning you can become quite the powerful titan killer simply by diving back-and-forth between these modes.

Koei Tecmo's Attack on Titan adaptation is one of the finer anime-to-game transitions of recent memory. With tons of action and gore, along with a well-made control scheme, this is one big adventure that any fan of the series (or even newcomers) shouldn't miss out on. Even Eren Yaeger can admit that killing titans has never been as satisfying as this.

Promotional consideration made by Brian Lee of ONE PR Studio. Reviewed on the PS4.