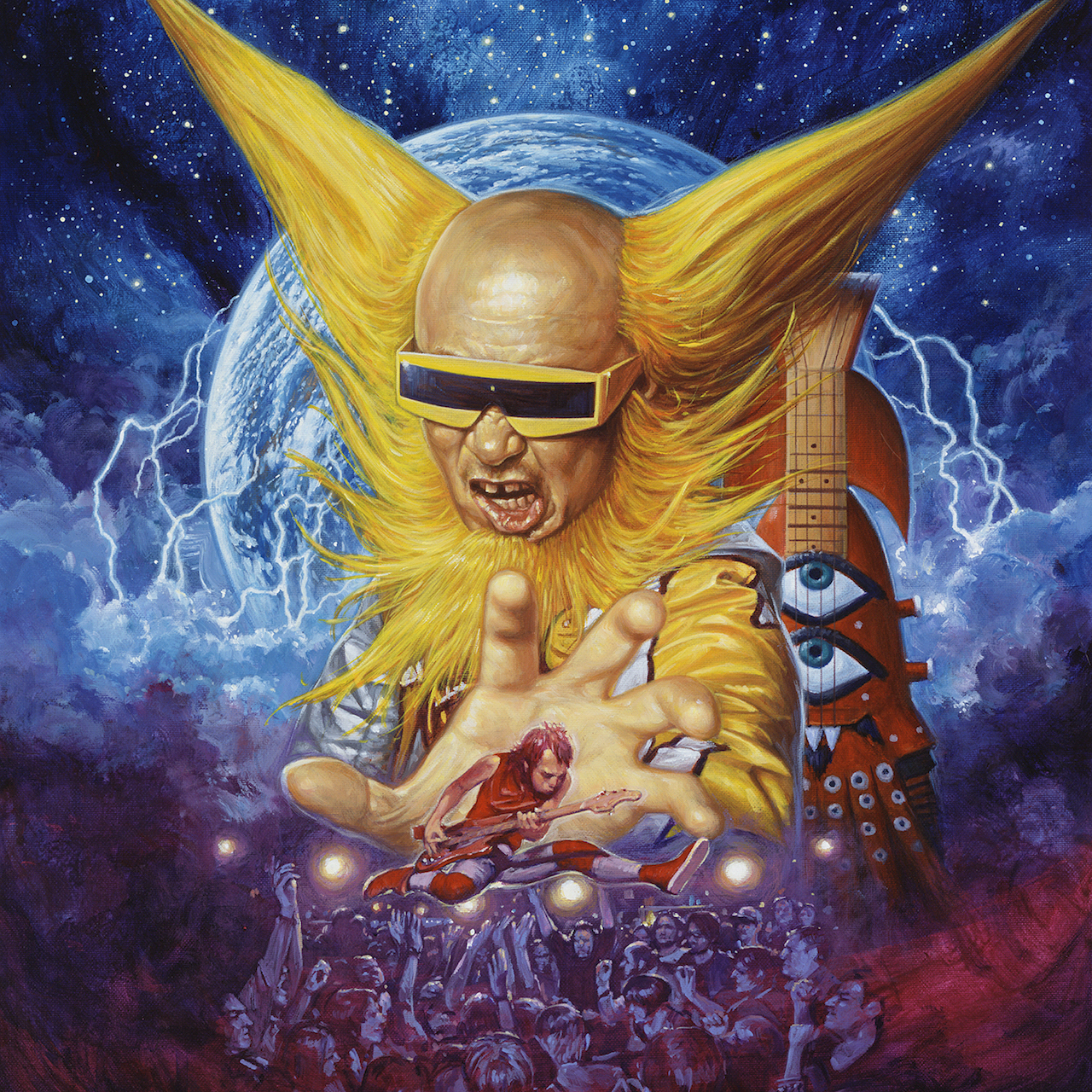 Ten years ago, when the idea to do No Borders No Race was but an idea in my head, the number of Japanese bands I was knowledgable about was roughly a dozen. Within that small group was a band that stood out the most from the rest of the pack: a Power Ranger-dressing, speed punk-spewing force of madness known as Peelander-Z. The multi-colored sci-fi dream rocked hard, fought monsters, partook in the hobby of human bowling, and brought audience participation to new levels.

This past year, a documentary about Peelander-Z called Mad Tiger has been unleashed by directors Jonathan Yi and Michael Haertlein, focusing on major lineup changes and a bandleader's quest to figure out how to keep this crazy & beautiful world he's shared with everyone from falling apart. Despite some of its tragic moments, Mad Tiger is one massive love letter to one of the most lively and fun bands on the planet. 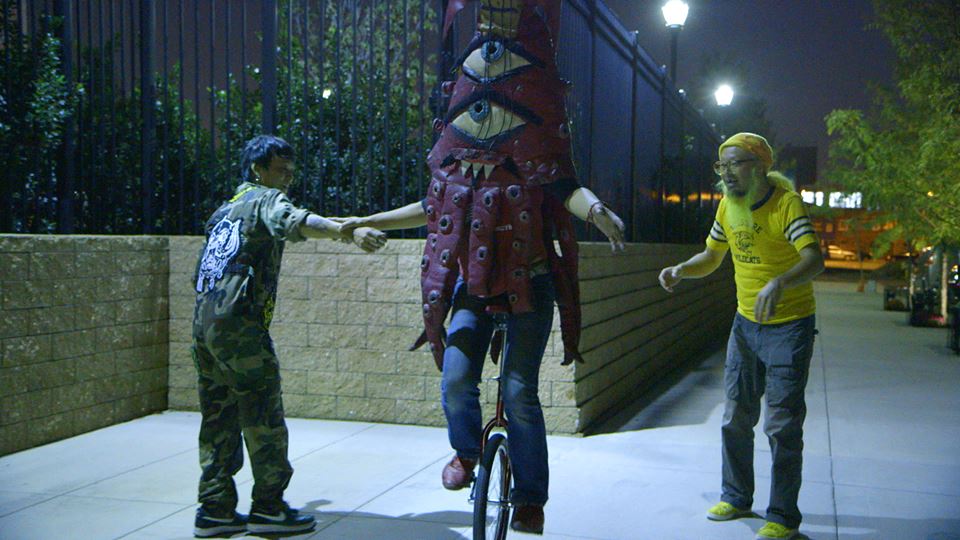 The first half of the film focuses on bassist Kotaro Tsukada (AKA Peelander Red), who makes the decision to leave the band after fifteen years. He and his bandmates -- Kengo Hioki (Yellow), Akihiko Naruse (Green), and Yumiko Hioki (Pink) -- gear up for one final tour before his departure, with Red's final stand at the iconic Knitting Factory in New York City. As his chapter somewhat closes, the focus then turns to Yellow, who then has to find someone to fill Red's massive shoes. That task would go to Akiteru Ito, who dons Purple and plays with a Robert Trujillo-like flare.

It's the second half of Mad Tiger when the cartoonish illusion of Peelander-Z takes a breather, as we see Kengo dealing with his friend's departure. There's a bit of Red that helps to make Yellow who he is, which is captured symbolically in the way his trademark color is created. Tension arises during the transition (especially more-so after drummer Akihiko has decided to call it quits), with Kengo butting heads with Kotaro during an argument at the latter's bar tending job at Piano's. It's a moment that Kengo regrets immediately, leading him to open up to the filmmakers about how upset and confused he is about Kotaro's departure. In that moment, Kengo pushes his happy Yellow alien persona aside and reveals the true human that he is. 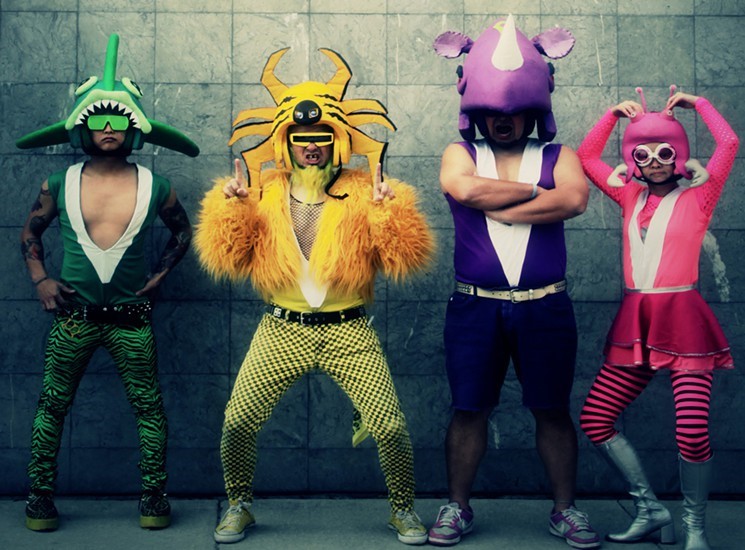 While the film itself is a mixture of comedic musings and mental scuffles, the DVD commentary featuring Yi, Haertlein, Kengo, and Kotaro is unabashedly smile-inducing from start-to-finish. Whatever tension that was seen onscreen between Kengo and Kotaro is non-existant, showcasing that -- in the end -- the friendship the two have can't be shattered by minor arguments. Troubles are water under the bridge, and we're treated to a lively discussion filled with trivia, tidbits, and much praise to the film's hardworking editor Hisayo Kushida. Watching the film again with this commentary, it's as if another -- albeit truth-filled -- curtain has been raised to help showcase the positivity that Peelander-Z brings to this world of ours.

The juiciest part of the DVD extras is the full final concert with Kotaro as a member. With their friends Electric Eel Shock and Anamanaguchi there to send him off, the show is packed with the band's trademark zaniness and unpredictability. However, there is a hint of sadness in the performance, as both Kengo and Kotaro know that they're each closing a big chapter in their lives. Still, even a sad Peelander-Z ending is still filled with over-the-top craziness and the best kind of audience participation. 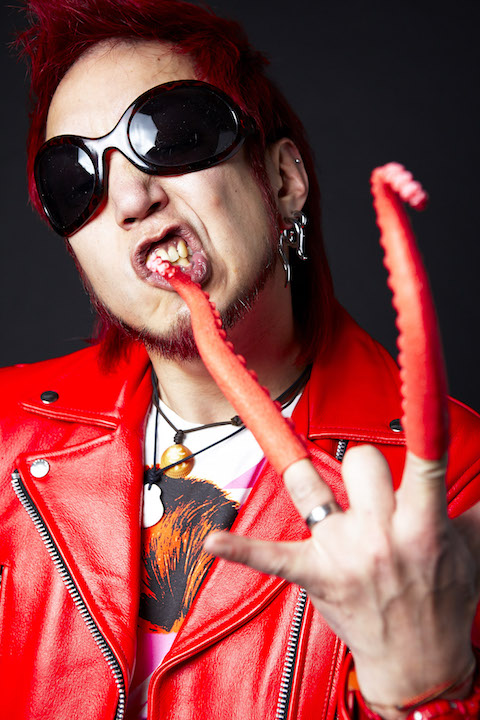 As for deleted scenes, we're treated to a where-is-he-now moment with Peelander Blue (who left the band in 2008), as well as showcasing the process behind the band's costume designs and guerilla-styled videos. There's a fitting farewell to Akihiko as he returns to Japan, with a moment of permanent remembrance of his favorite means of transport tattooed onto his arm. The music videos for "So Many Mike" and "Ninja-High Schooool" top off what remains, the latter of which features some familiar monsters from the Kaiju Big Battel world.

In its strange way, Mad Tiger is a fun house mirror of any band or person-to-person relationship that has had bumps and route changes as time goes on. Sometimes things are tough, and other times there's nothing but joy surrounding all sides. Despite Peelander-Z's quest to spread happiness 24/7 to everyone they meet, the trials that life tosses at them can never be avoided. If anything, Yi & Haertlein's film shows that even a band whose fun is at such pure levels has to even tread through some of humanity's many hazards.