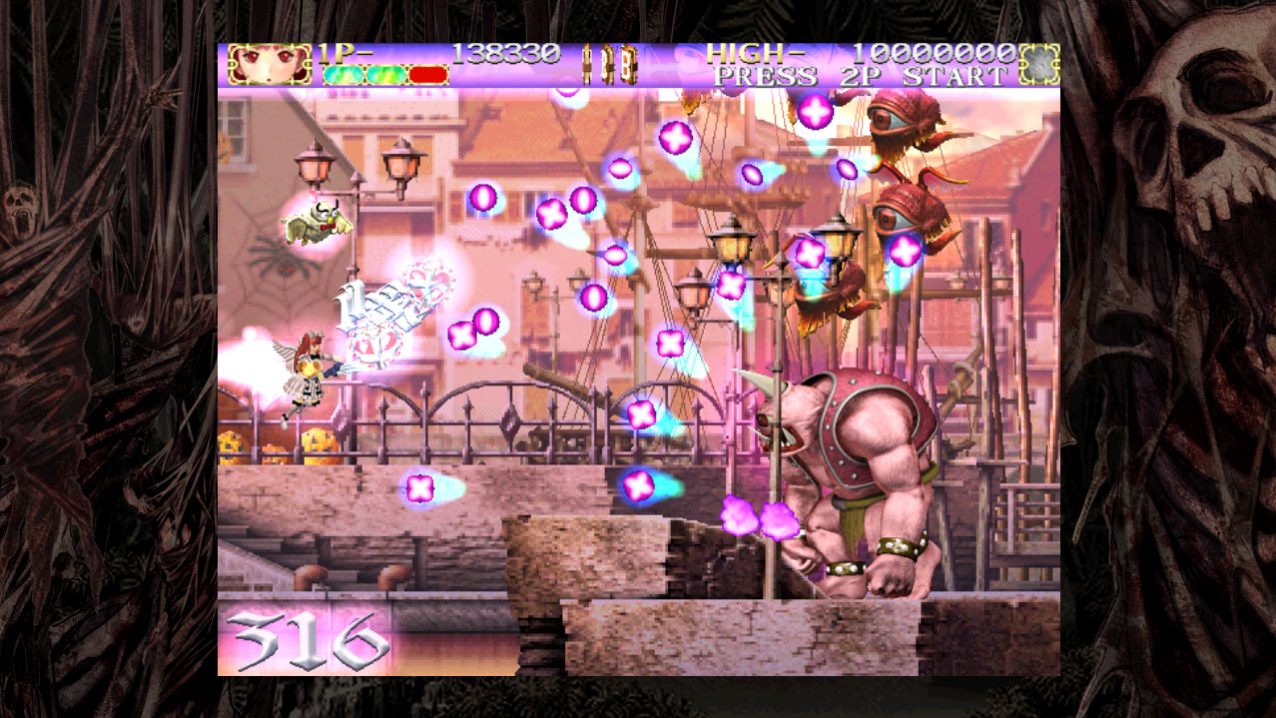 Cave is on a roll with it's shmups coming to Steam. After Mushihimesama, the developer and Degica have teamed up once again to bring players a solid shmup with the rather Halloween-themed game Deathsmiles. This title features gothic magical girls and lots of monsters to blast, with the port -- of course -- being as exceptional as Cave's last effort, so there are no worries there.

Deathsmiles is about a group of girls who have been stuck in a shadow realm, but have been raised by a kind man named Dior. These girls have been taught magic in order to survive this dreary world, as there are plenty of monsters to fight off against; not to mention an invasion helmed by a madman who seeks to open the gate to the Demon Realm. After you select one of the many modes the games has to offer, you can pick one of four girls to play as, each with their own play styles. There is the fifth character Sakura, but she's only playable in the Black Label modes. 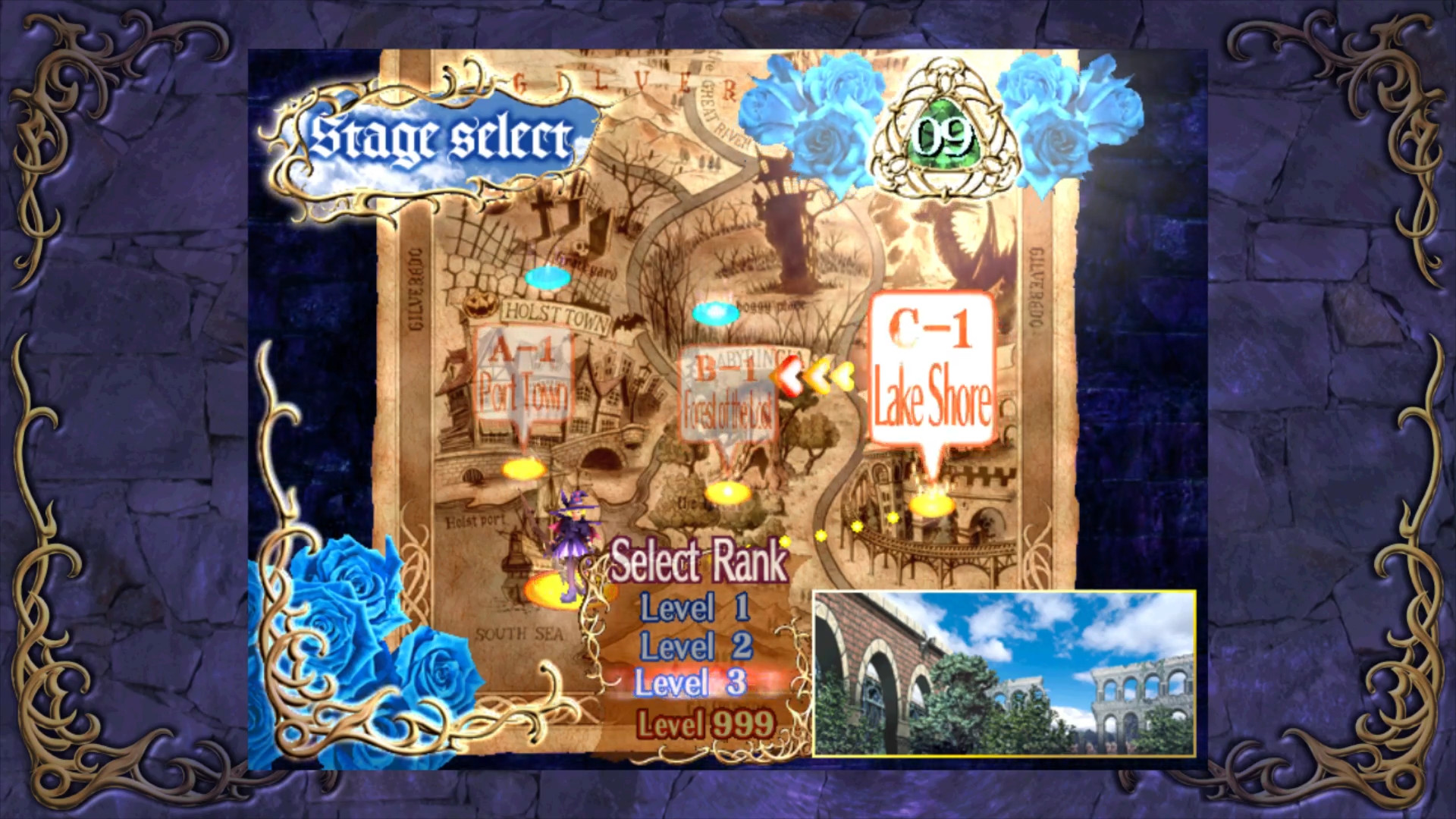 No matter which mode you pick, the gameplay is simple enough to understand. You've got your standard fire buttons, with holding them down increasing the firepower at the cost of slowing you down. There are also bombs you can use to clear the screen of bullets and give you temporary invincibility. The real twist comes in the form of how you will have to shoot enemies that come from both sides of the screen, and there are fire buttons for the left and right sides.

The other twist is that you can power up your attack power after you fill the item gauge to 500 or higher. Another interesting element is that your lives also somewhat function like hitpoints, as running into an enemy's body will only take half of your life bar. Taking a body hit is preferred over getting hit by a stray bullet, although the real goal is to not get hit in the first place. 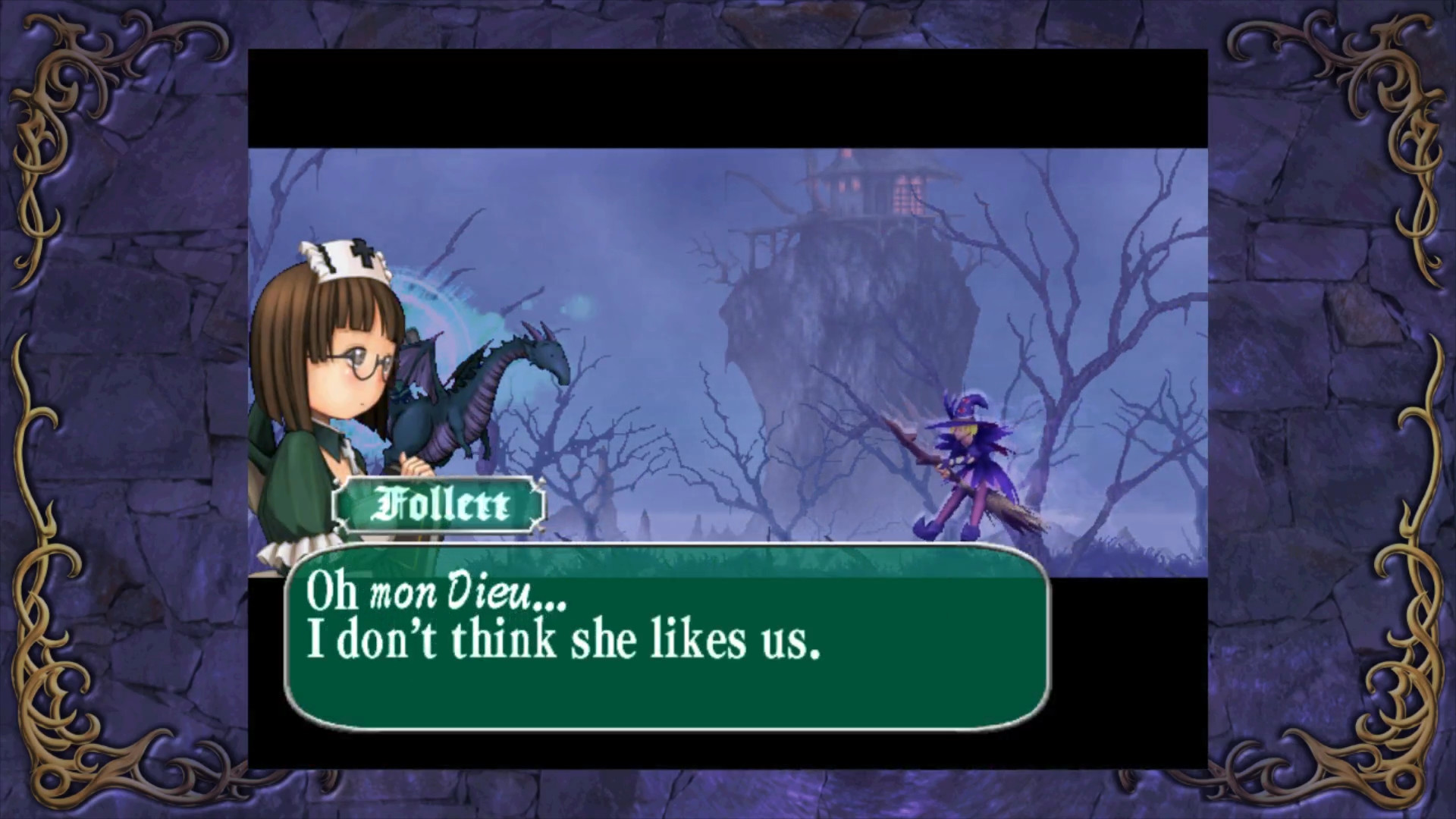 The game is pretty fun, but the soundtrack is astoundingly great. There is a lot of replayability as each character has two ending to watch, but those seeking challenges can play on a version 1.1 or Mega Black Label mode. You can also play the game in the original arcade resolution out of curiosity. The only real problems I encountered are that some of the achievements seem either broken, or they fail to let the player know if they are mode-specific.

The other issue would be that the various modes aren't clearly labeled as to what they are, especially the Mega Black Label. However if you want a cool shmup, Deathsmiles is a great one to go with. Here's hoping that it sells enough for its sequel Deathsmiles 2X to get properly localized. 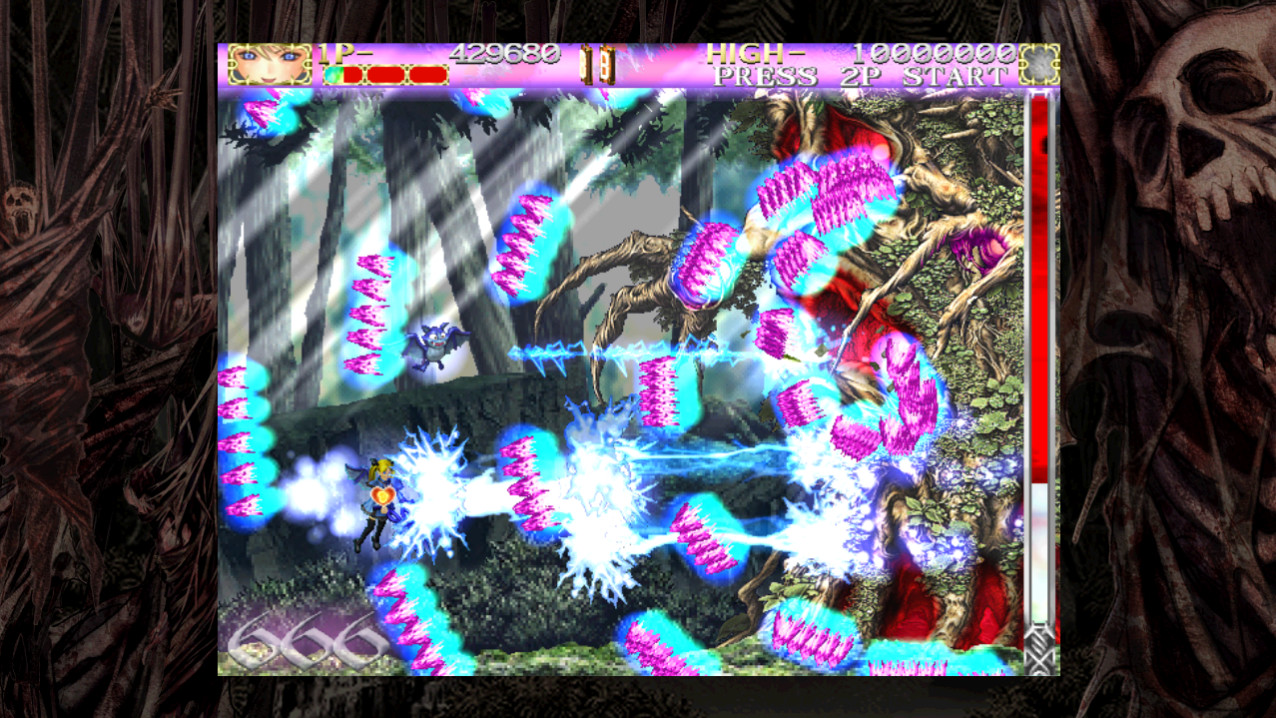 The Good: The difficulty in the game is balanced well, as each level progressively gets harder.
The Bad: Dialog auto advances, and there's seemingly no way to turn it off.
The Ugly: Trying to play Version 1.1 on Rank Level 999 with the difficulty cranked to max is the stuff of nightmares.

SUMMARY: Deathsmiles finally gets a Windows release in English via Steam, and it's one of the easier Cave shmups to get into (not to mention it has quite the great soundtrack).