ANIME BOSTON 2016 | A Fruitful US Debut For nano.RIPE 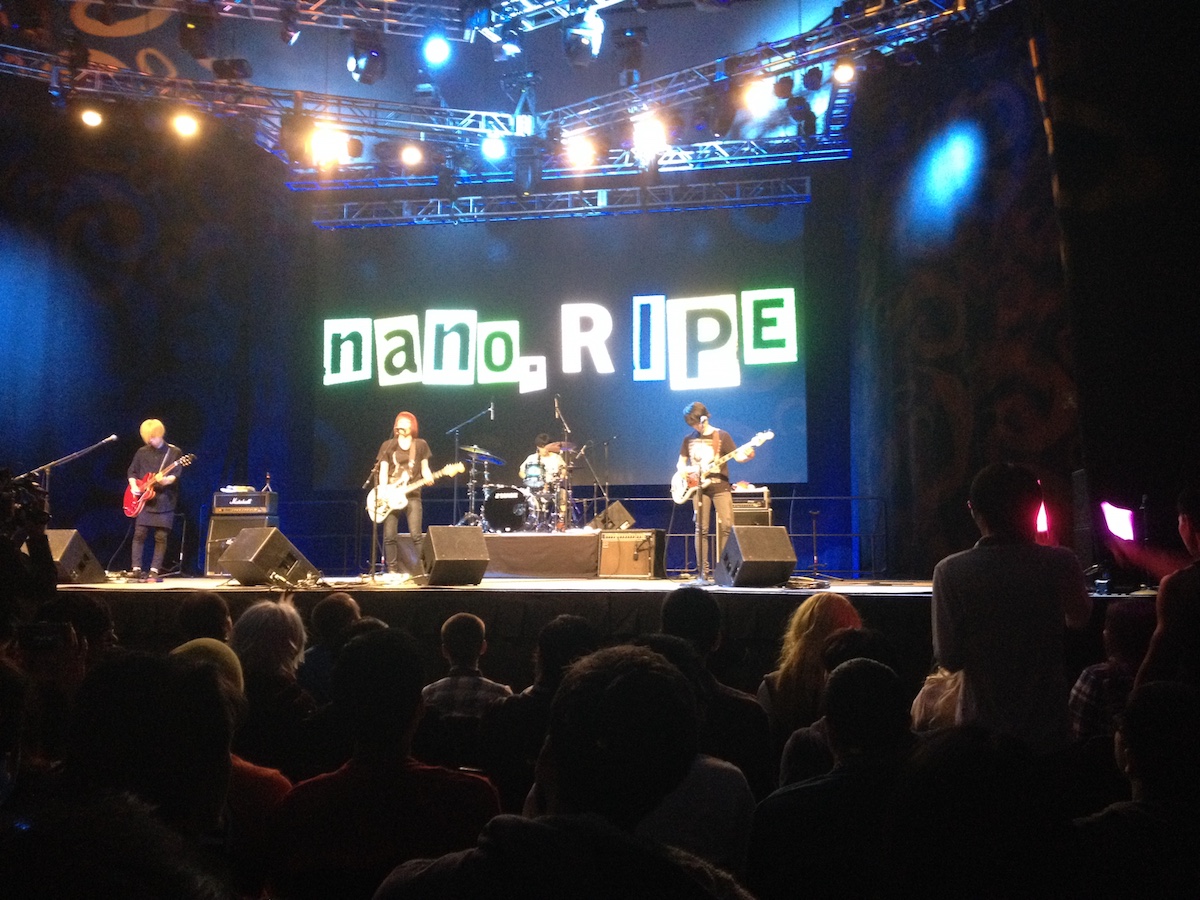 ANIME BOSTON 2016 | A Fruitful US Debut For nano.RIPE

If nano.RIPE was nervous about their first American performance, they hid it very well during their 50-minute set at Anime Boston. The band responsible for the themes and insert songs for the likes of The Devil is a Part-Timer! and Hanosaku Iroha walked onto the stage to a roar of applause, the sort of which could energize an entire city. Needless to say, this was a prime example of how an international act should make their debut.

nano.RIPE started things off on the right foot with "Tōmei na Sekai,” a great melody that showed off both the skills of guitarist Jun Sasaki and drummer Yūki Aoyama. With Kimono’s vocals and Nobuyuki Abe’s slick bass grooves the song powered up the crowd and set the stage for what was to remain of their set. Whether it was a softer jam like “Gekka” or a bouncy beat a la “Real World” the indie rock quartet delivered a show that was able to transcend throughout different elements and moods.

Speaking mostly for the band, Kimiko did her best with the little English she had. For the most part she resorted to Japanese, but thanks to some clever hand signs she was able to convey both her emotions and thoughts to the happy crowd. Heart, soul, and pure determination was all she needed, and with this combination her message of togetherness and love was brought in full force towards the audience.

A big highlight came later on in the show, as nano.RIPE ripped into their recent single “Lime Tree.” The audience fist-pumped in unison, chanting along with the chorus. Closing off their set was “Kagefumi,” which began with Kimiko singing loud and away from the mic, with the sort of power that could melt the heart of even the coldest of individuals. Once the final note hit the speakers, the band bowed and left to the sounds of victory and chants of an unanswered encore.

nano.RIPE's performance on Friday night showcased every aspect of the Japanese music scene that made me fall in love with the genre. Catchy and beautiful melodies, powerful messages that transcend one's native language, and a level of enthusiasm that can outshine even a high noon sun. A lot more indie pop rock bands could take a cue from nano.RIPE, that's for sure, especially here in the States.