HomeAnimeGAME REVIEW | The Mystery of Sonozaki Revealed In Second "Higurashi"

GAME REVIEW | The Mystery of Sonozaki Revealed In Second "Higurashi" 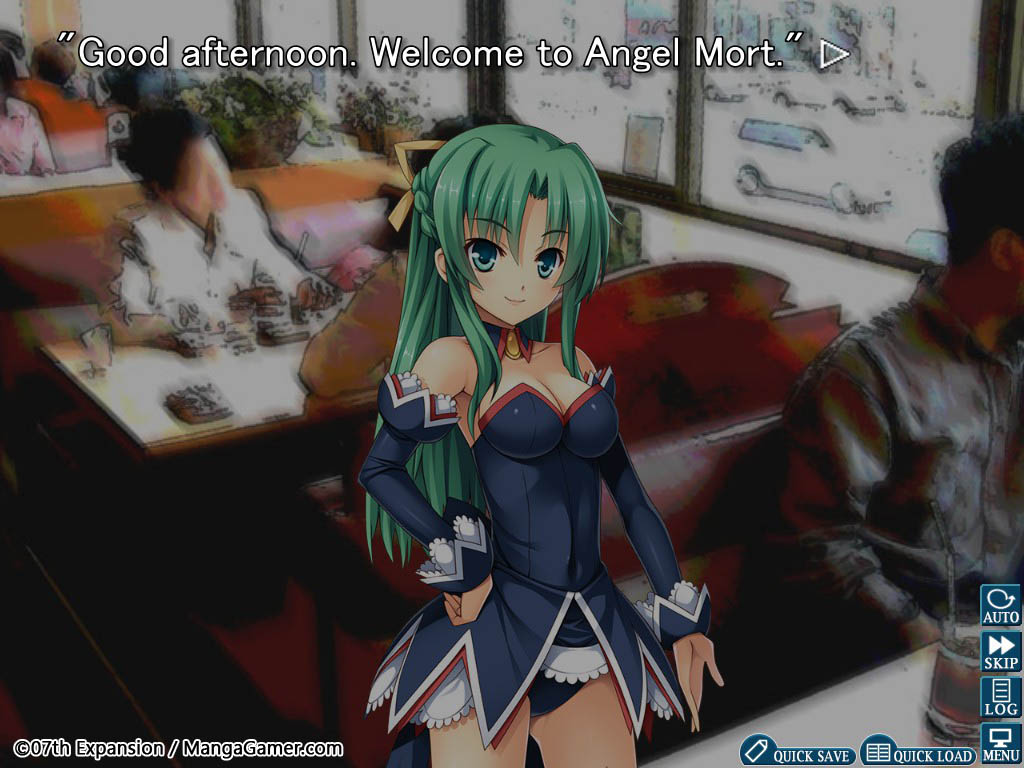 GAME REVIEW | The Mystery of Sonozaki Revealed In Second "Higurashi"

It's been about a year since MangaGamer released Chapter One of Higurashi ~ When They Cry ~ Onikakushi. Thankfull, it didn't take much longer than that for the second chapter to hit Steam and MangaGamer's storefronts. While it's not as unsettling as the previous chapter, it makes up for it with more world-building and upping the craziness in other areas.

The story doesn't have to introduce the audience with the cast of characters shown in Chapter One, nor does it need to do a brief introduction to the town of Hinamizawa. Instead it focuses on Mion Sonozaki, and a bit more about the town's past. There is one new character introduced, who is tied to Mion, although they don't really get too much screen-time or character building this time. Mion was chosen as she is heavily involved in much of what goes on in Hanamizawa. The overall feeling of unease that Chapter One left behind is lessened a bit this time around, but there is still a great deal of insanity in this part of the story. 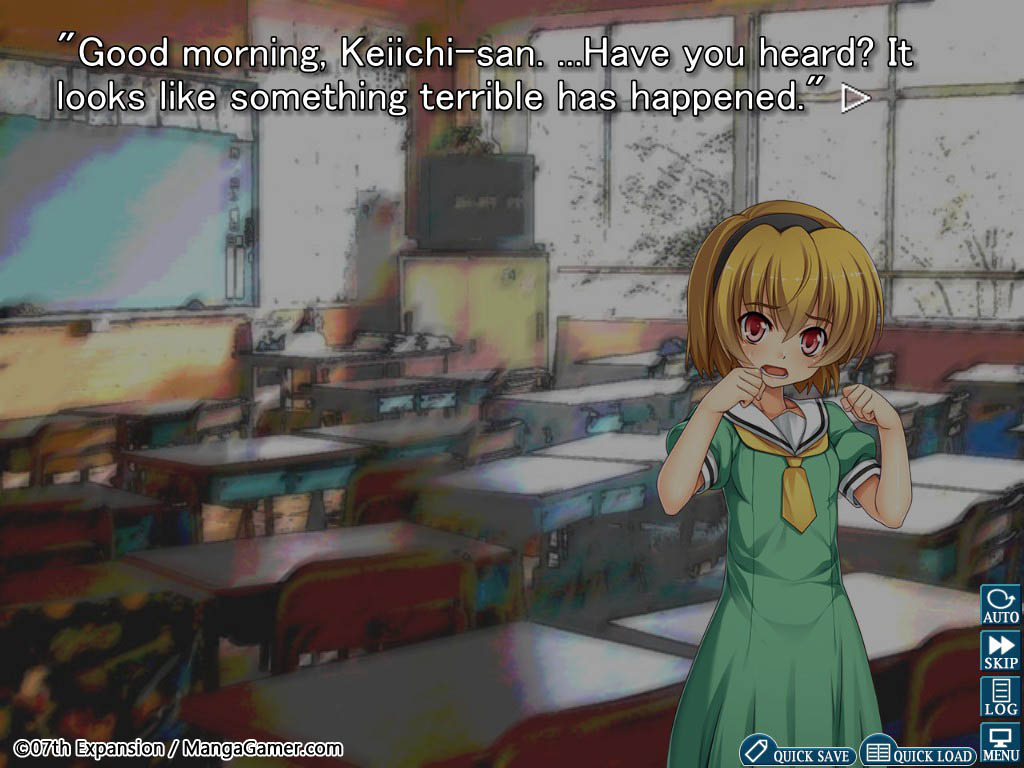 The tips from the last entry are back, and they help fill out the background story of the novel, as well as fill in the gaps in-between the sub-chapters. The option to use the original artwork still exists if you are curious. You can also change the language option to Japanese as well. Font size is still a good size, and there were less typos in this script.

A lot of the game's music is recycled from the first chapter, but some of the newer tracks toward the end can screech loudly during the high notes. While the story was less dreadful than Chapter One, it still has a lot of creepiness in it. The world-building and spotlighting of Mion more than makes up for it. Honestly, the next chapter can't come soon enough. 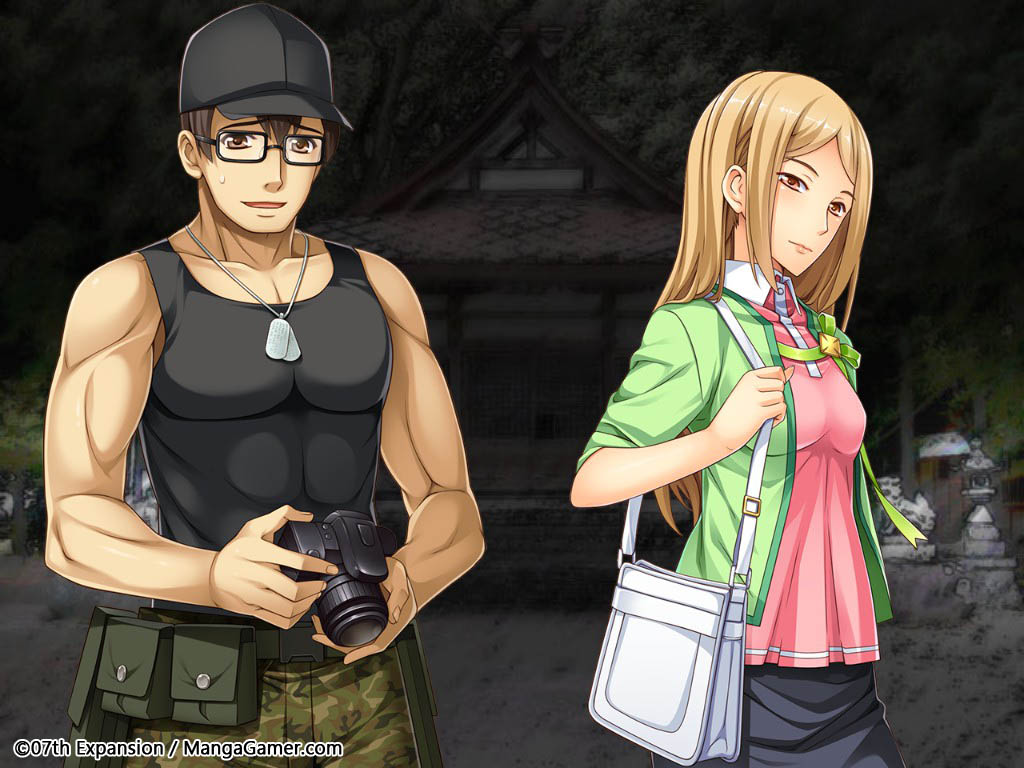 The Good – The world building of Hanamizawa is boosted a bit, and readers also learn more about Mion Sonozaki.
The Bad – Some later tracks sound a bit scratchy during high notes.
The Ugly – The comically horrible optional original character art mode is still horrible.

SUMMARY: While less unsettling than the previous chapter, the latest part of Higurashi offers a lot more world-building by putting the focus on Mion Sonozaki.