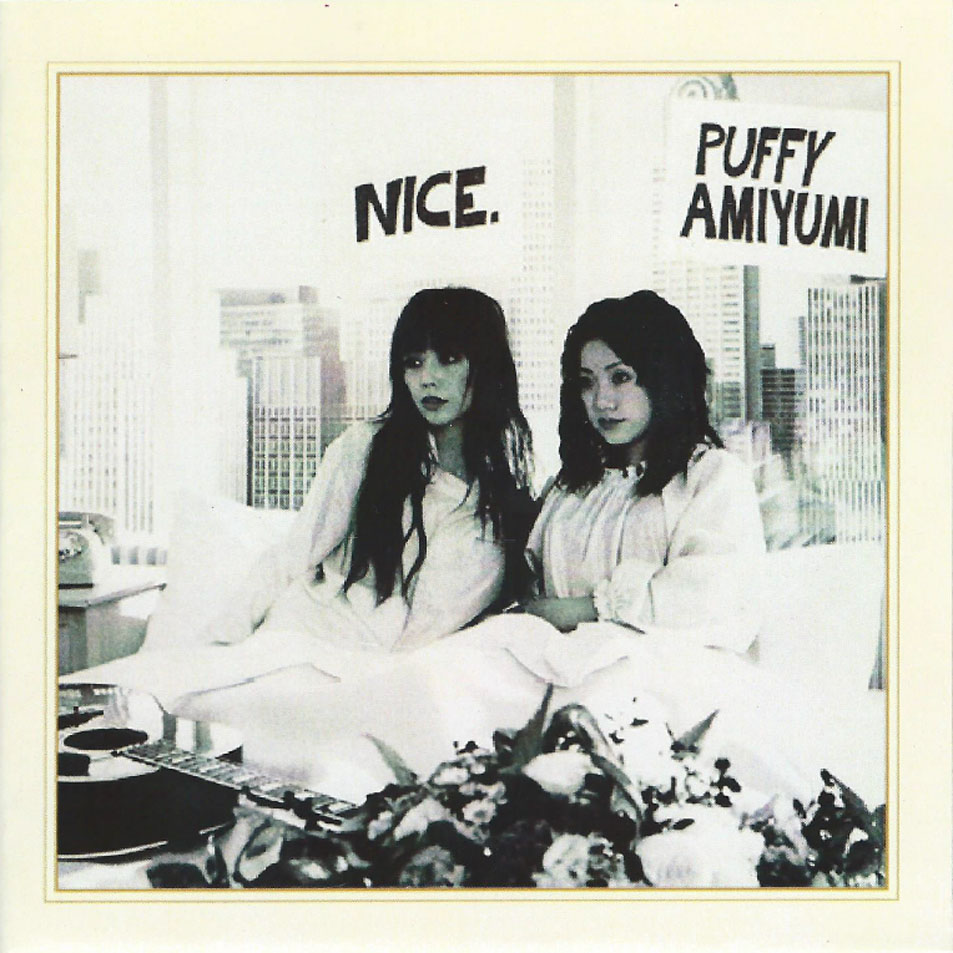 This year marks the tenth anniversary of No Borders No Race. To celebrate, we're featuring the albums from the finest acts of Japan (and other parts of the world) that helped to shape the show to what it is today. Here is one such fine example of an album that made No Borders No Race...

Around the same time FLCL introduced America to the pillows, Teen Titans would introduce us to Ami Onuki and Yumi Yoshimura, better known in Japan as PUFFY. After having to add their namesakes for the US due to a certain rapper who doesn't even go by that nickname anymore, the duo began to somewhat quietly make their mark on the indie music scene with the release of Spike and the compilation album An Illustrated History. It wasn't until their voices were heard to call in the likes of Robin, Starfire, Cyborg, Beast Boy and Raven when the mainstream media began to pay attention, and roughly a month after the cartoon began to air Puffy AmiYumi unleashed its third American release (their seventh overall) to the public: Nice.

Initially I was a little bit hesitant to give it a listen. For some reason during most of my childhood I never owned an album by a female artist. Perhaps it was because I didn't want my masculinity to be called into question if I was caught lip-syncing to a woman's voice, or...you know, that's actually kinda why. (I know better now, obviously!) But something was calling me towards this album, and almost every time I roamed around the old Virgin Megastore that once stood at the end of Newbury Street, there the album stayed dormant. Once, twice, three visits, it was still there. Finally after I shook off whatever was making me question this specific purchase, I grabbed the album and made my way home with it.

Whatever doubts I had about buying Nice., they practically faded away when its opening track "Planet Tokyo" hit my auditory senses. It was fast, melodic, and had a very clean & futuristic vibe that I had never heard in a pop rock sound. With one track Puffy AmiYumi had transported me to another galaxy, and they had intended to keep me there. But it wasn't just a rock album; nay, Nice. was a smorgasbord of styles ranging from pop and ska to punk and new wave. It took me by the hand and proceeded to make me fly to the synthesized sounds of "Tokyo Nights" and the Beach Boys-inspired "Long Beach Nightmare."

The essence of free love was evident in "Sayonara," and while it's to be heard as a farewell, it's apparent in its tone that it's the sort of goodbye that won't be for long. Taking a cue from Joan Jett and Nancy Sinatra, "Your Love Is A Drug" played coy with romance, only to showcase the true lustful intentions they were after. They might've sounded friendly, but Ami and Yumi also weren't afraid to show their fangs on this record, especially in the memorable "Urei." It literally straps you in before its bass line smacks you across the face, as the duo taunts you to play along with their games.

And yes, you cannot forget about "Teen Titans Theme." Some musical ear worms I'd wish would go away, whereas in this case I could listen to this song for hours on end. Its catchy lyrics, rowdy drumming, and a very Ramonesque chant before breaking into a face-melting guitar solo from Jellyfish guitarist (and frequent collaborator of the duo) Andy Sturmer is what helped to make this superhero theme song iconic.

Nice. didn't just widen my eyes to the Japanese music scene, it also taught me a lot about the power of women in music. This was the first album from a female artist I ever bought, and since that time my love, respect, and support for women in the music scene has grown tremendously. The Neko Cases, Hunter Valentines, Savages, Amanda Palmers, and Brody Dalles of the world would've been shrugged off by yours truly hadn't Puffy AmiYumi entered my life, a fact that -- while I'm glad I can share with you -- has left me feeling ashamed for ever being in that sort of mindset. Even though I probably would've still listened to them in some shape or form, I wouldn't have performed the bigger action and actually bought their records had I never purchased Nice. nearly 13 years ago.

If there's one thing that I can take from this confession, it's this: the power of great music can transform the mentality of any person, helping them to evolve their tastes and broaden their horizons. Puffy AmiYumi's Nice. is that powerful of an album, as it showcases the genre-smashing range these two women were able to bring to both the mic and the songwriting process. It also taught me one other thing: if you love a song, don't just lip-synch to it; instead sing along with the fullest of pride and emotion, something I was able to accomplish years ago in Shibuya when I eyed "Planet Tokyo" in a karaoke listing.

Nice. is available via Bar/None Records

GAME REVIEW | The Mystery of Sonoz...