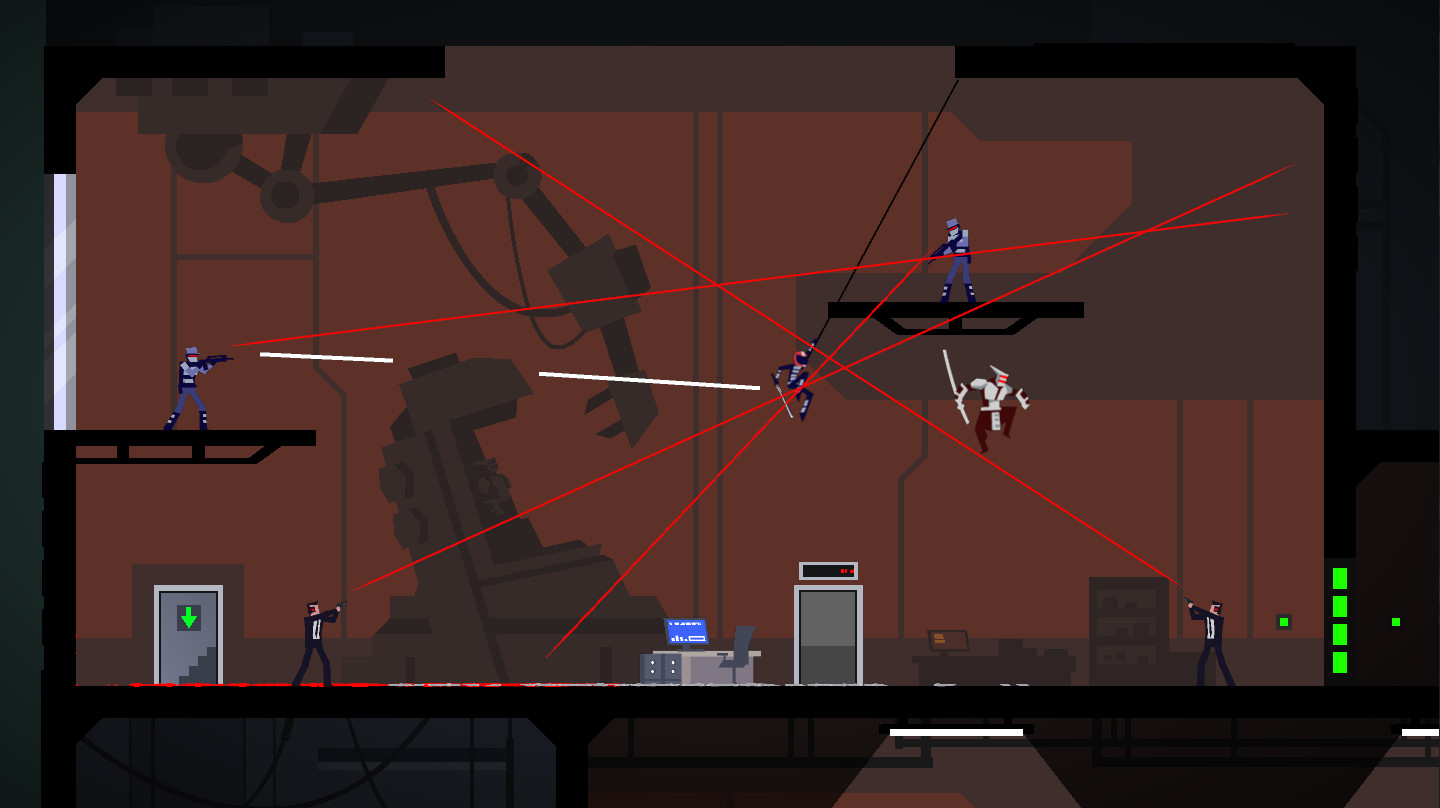 RONIN is an odd game. It claims it's not a stealth game, but being stealthy is what you should probably be doing for as long as you can. Once you are caught however, something interesting happens: It becomes a turn-based game. One wrong move and you are dead! This makes for what could be a great experience, but some things keep it from getting there.

RONIN is about a lone assassin who targeting very specific people for a mysterious purpose. This is because the game really has no story or plot to speak of. All the player has to go on is a photo of which people get marked and crossed off. Your primary goals in the levels revolve around getting intel by hacking computers, as well as using other computers to open locked doors, all while eliminating anyone who gets in your way. 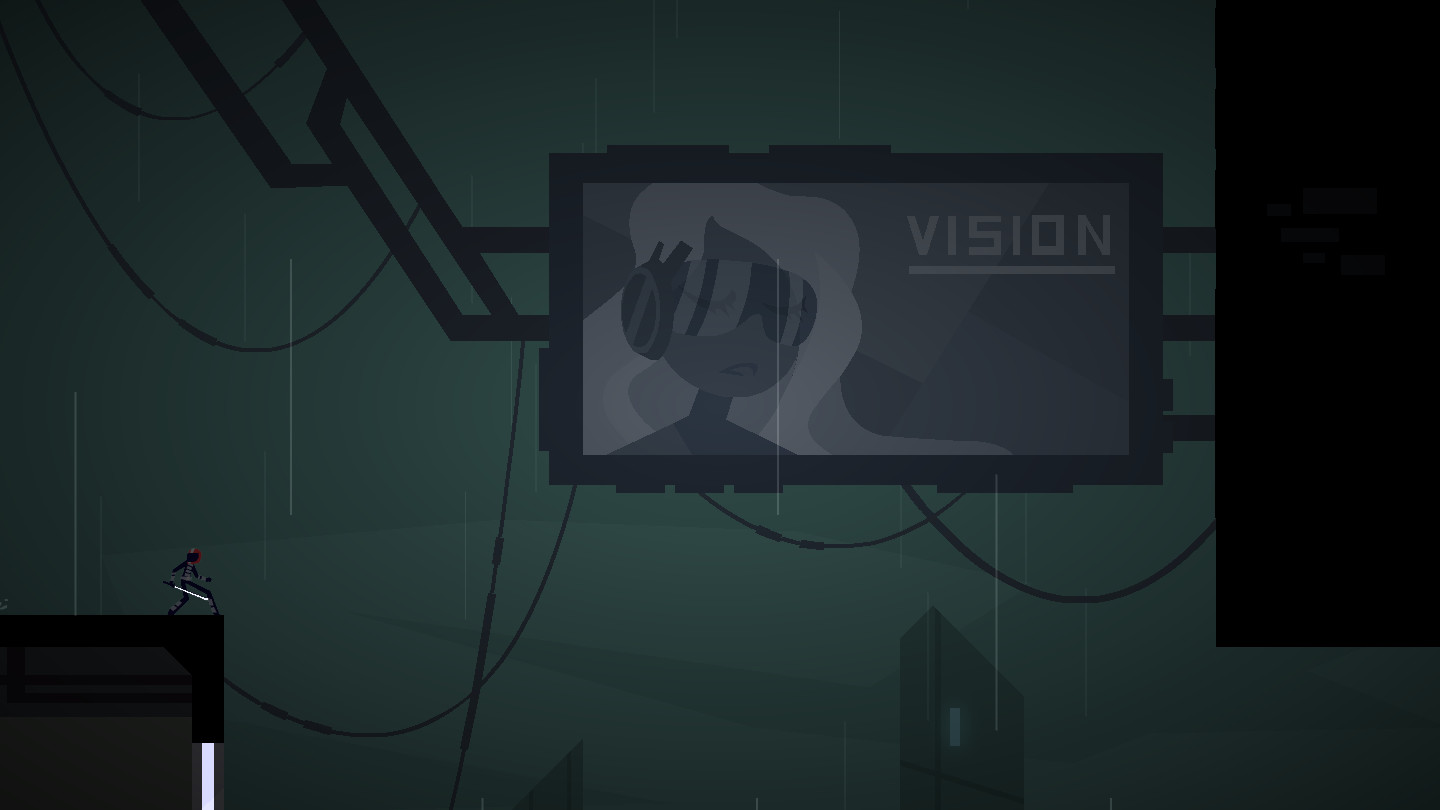 Goals like killing all the guards while avoiding killing any civilians and not letting a lock-down happen are sub-objectives. However the thing is you need to clear all sub-objectives to get a skill point. These skill points give you new abilities to aid you in combat, often times becoming almost necessary in later levels. Worse is that you can't re-spec at any point, so levels might be more difficult than they probably should be. The abilities are really cool, too. You can throw your blade, stun enemies with shuriken, leave a decoy, and recall your blade among others.

Checkpoints in the level are spread out evenly, but sometimes RONIN will put you in a bad position when you reload. Other times the game will also save the fact that there was a lock-down before you hit the checkpoint, forcing an entire level reset just to get the skill point. The skill points also can't be farmed for, either. It doesn't help when you have gamepad controls that are sometimes wonky. For one, movement can only done with the left analog stick, with the D-pad being used for camera control, considering that this is a 2D game, it would have made more sense the other way around. The right stick being used for making jumps or grappling sometimes won't lock on to certain points well, not to mention that the arc of your jumping totally can't be relied upon. (The game even tells you this.) Assigning a button to jump rather than just letting go of the right stick would have been preferable. 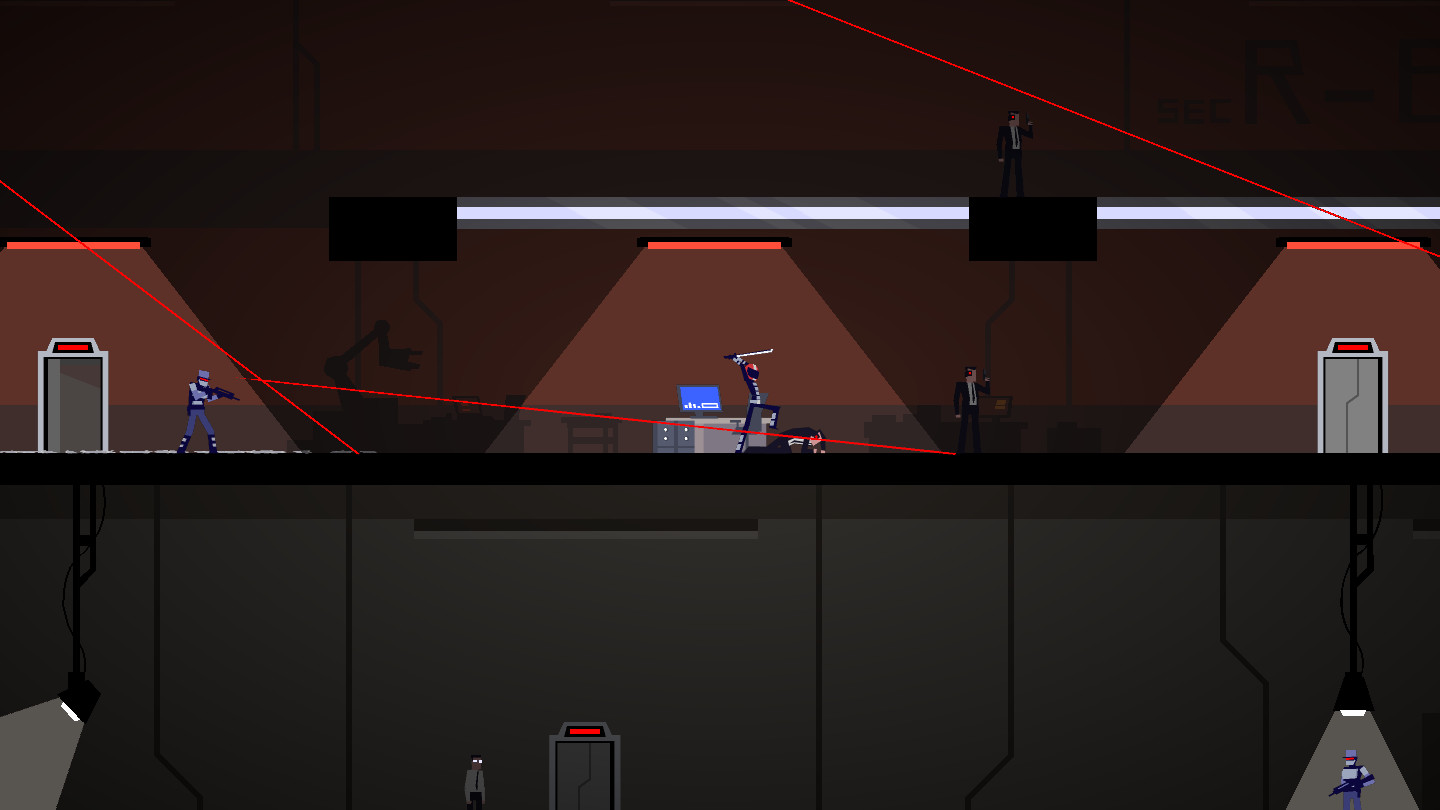 The level of tension that happens in these combat moments are the highlight of RONIN. When it works, the game really works, which is thankfully often. Sadly it's not often enough for it to get the high marks that it deserves. Maybe future patches will fix the problems with the controls and checkpoints, or the game will fair better on its eventual PS4 port. But for now, the game is just a mostly competent assassination side-scroller with an interesting turn-based twist. You might just want to stick to mouse and keyboard.

The Good: The game challenges players to make good decisions.
The Bad: Some poorly-placed checkpoints make doing a perfect run hard.
The Ugly: Controls on a gamepad are a bit iffy, and the arc of your jumps is a lie.

Summary: RONIN is a fun assassination game that encourages you to play better, but you might have to redo a lot of sections due to some slightly spotty controls and bad checkpoints.

No Blanks Fired In "Aoharu X...