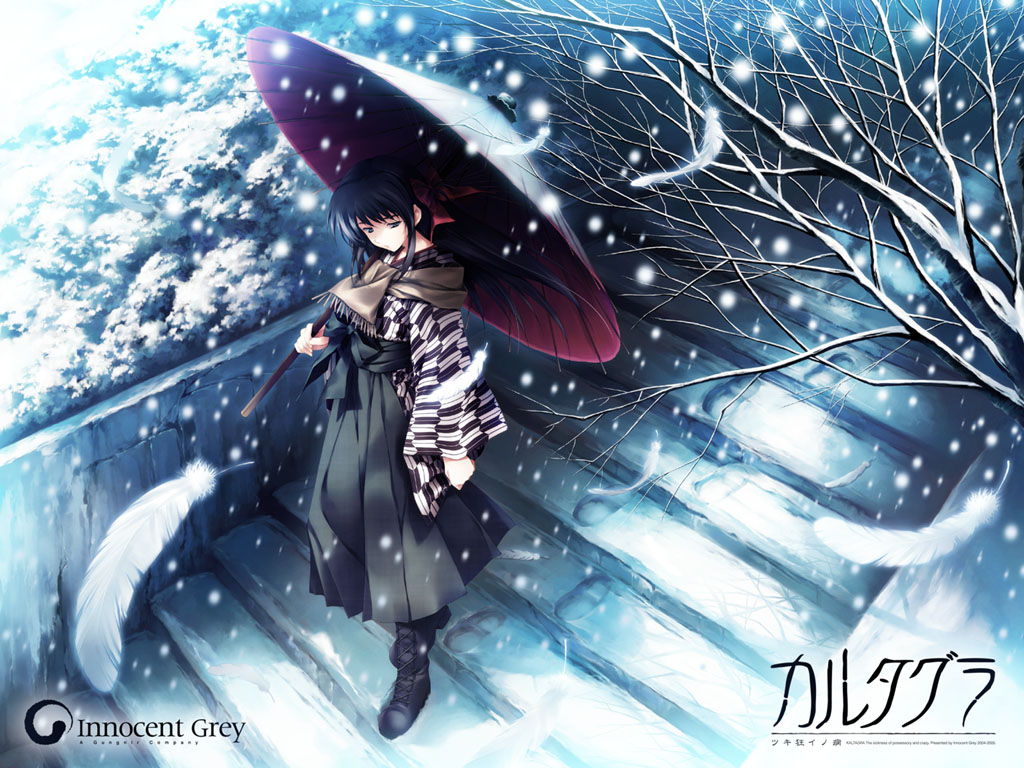 WARNING: While the review and images provided are safe for viewing, the following video game discussed in this article contains sexual content inappropriate for players under the age of 18. Yes, it's one of THOSE titles. Just don't say we didn't properly alert you.

I am always hesitant to call visual novels "video games," and whether or not they're eroge (a Japanese term for video games with adult-only content) doesn't even fit the equation. If anything they are what they're called: novels with choose-your-adventure forks in the road alongside some well-made drawings. You spent practically all your play-through reading the story, listening to the characters speak their lines, and looking at the pictures that the artists have painstakingly drawn. Mind you, I am not being critical to the visual novel genre. It's very popular over in Japan for good (and also naughty) reasons, not to mention some of the more popular ones have been adapted into very great anime series (School Days, Chaos;Head and H2O: Footprints in the Sand being a couple of the highlights). 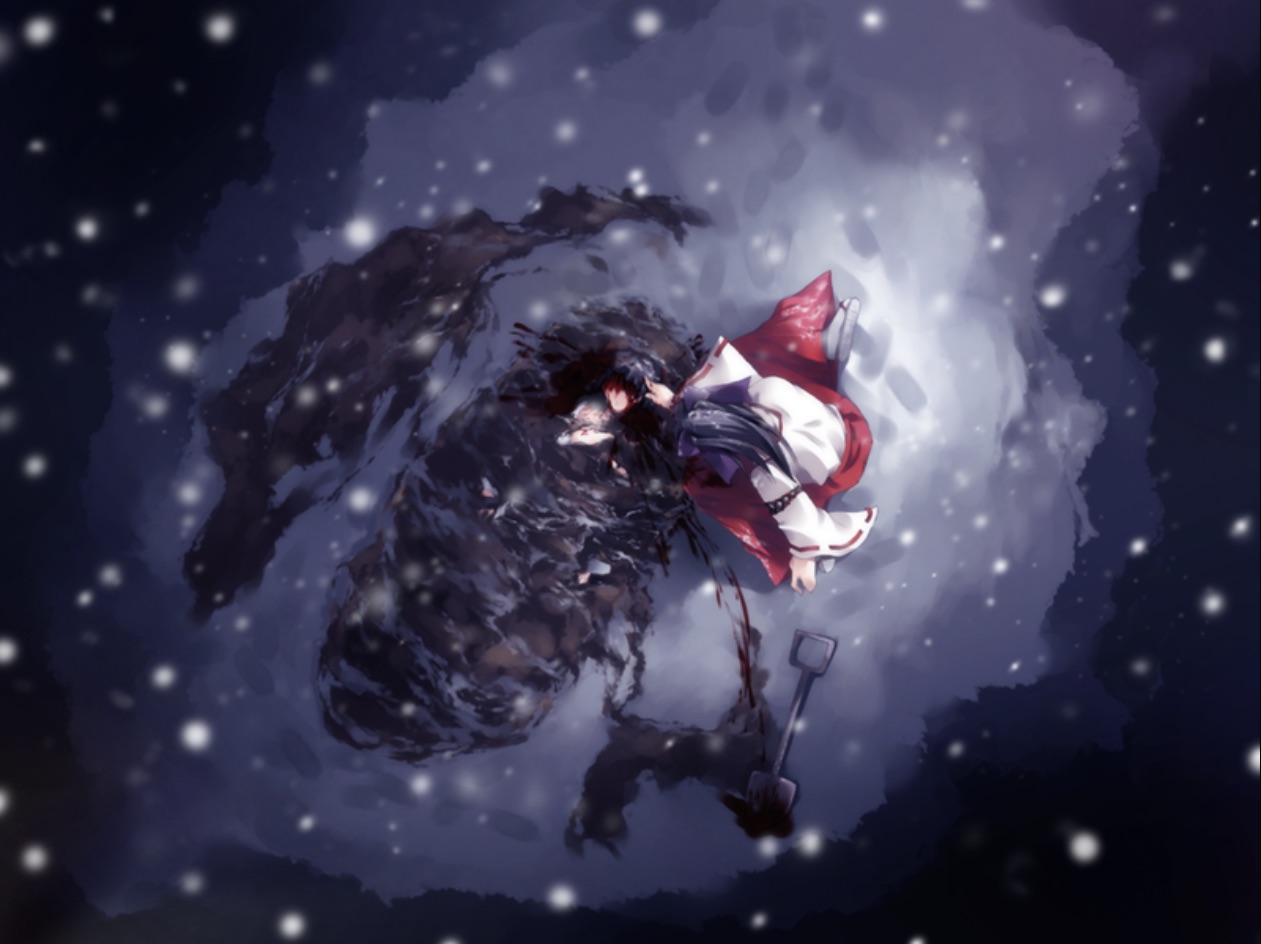 So after nearly a decade of snooping around the visual novel scene, I have finally gotten my hands on one to play: Innocent Grey's Cartagra ~Affliction of the Soul~. Licensed for the English-speaking crowd by MangaGamer Cartagra has you within the head of Takashiro Shugo, a 1950s-era ex-cop who is now jobless and living in a brothel. Once in awhile he takes on jobs from Inspector Arashima, his former superior, in order to scrounge up some cash to survive. One day he arrives with a particular missing person's case, and what may seem like an ordinary task turns out to be anything but.

Upon arriving at his destination he runs into a woman named Kazuna, who winds up being the twin sister of the missing girl Yura (who also winds up being a former love interest of Shugo's). At her parents' house the detective learns that Yura is already dead, and that his task is to keep Kazuna "entertained" with the idea that he is searching for her. Once Kazuna tags along, normality no longer fits into the equation. From the twisted sister Nana sticking her nose where it doesn't belong and the appearance of some gruesome murders to the reemergence of a cult overtaking the city population, Shugo's task at hand quickly becomes stained with a violent blood red. 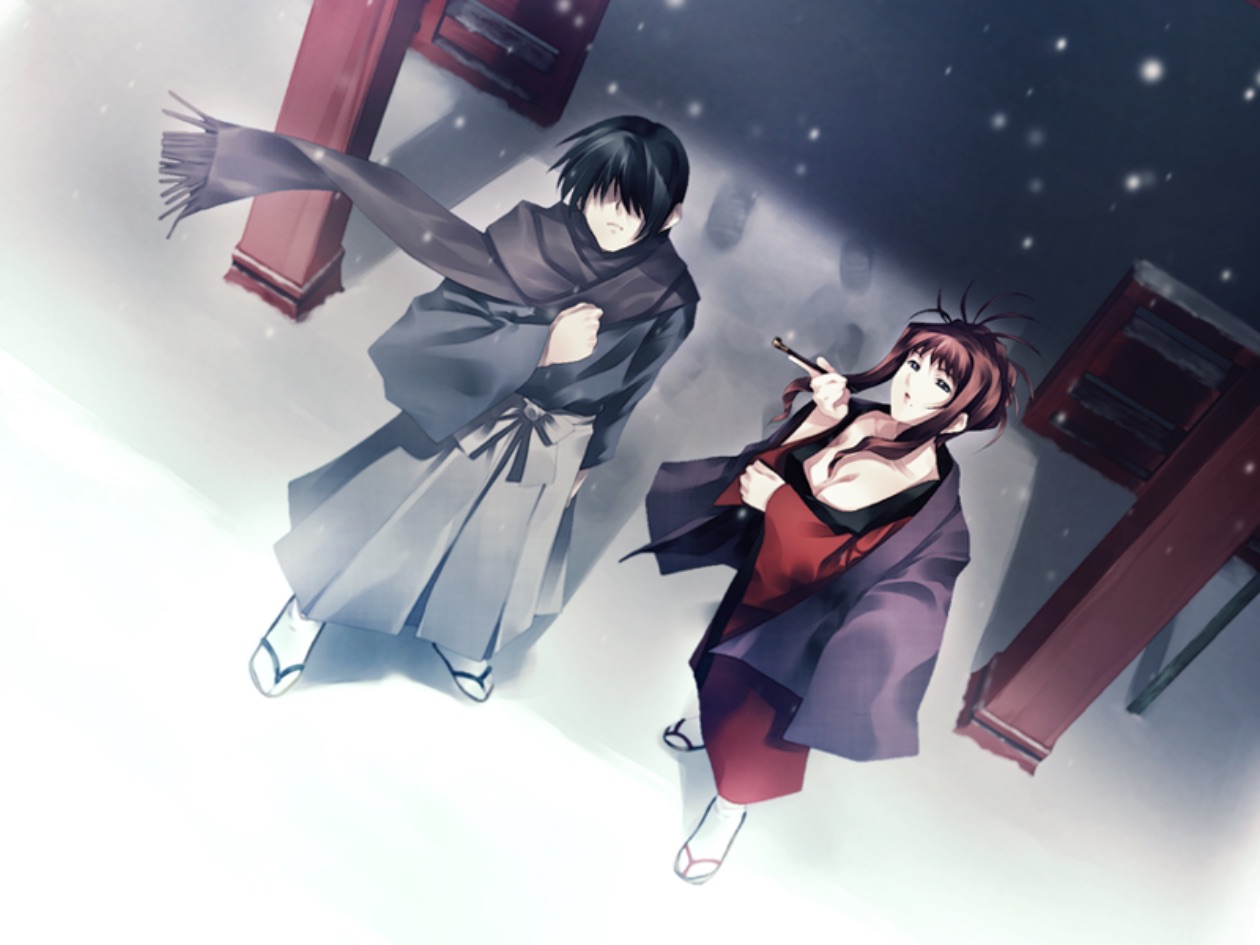 As the game progresses you get the chance to find out more about the characters, from Kazuna's love for the stage to the war-related past of both Shugo and Arashima. Innocent Grey made sure that no one you come across, whether it's a residential prostitute or a nameless takoyaki vendor, was merely a one-dimensional character. There's history to be found within these lives, and I'm pretty impressed by how deep they go into their pasts. For a visual novel that I was expecting to be one of those meet-and-bang scenarios with only a sprinkle of storytelling, Cartagra has a lot of texture!

With that said, let's get the dirty stuff out of the way. Throughout the game you are given the chance to sleep with many of the women that come in contact with Shugo. Some are the call girls that you live with, others are people related to the case, and I guess there is some merit that should be given to the artists in charge of drawing these specific scenes (especially with them knowing it was all gonna be censored when released in Japan). Whatever you may find and how you react to certain ecchi scenarios will determine the relationships that you build with these women, leading towards one of the seven different endings that this visual novel provides. These endings can lead towards death, happiness, and the just-plain creepy! 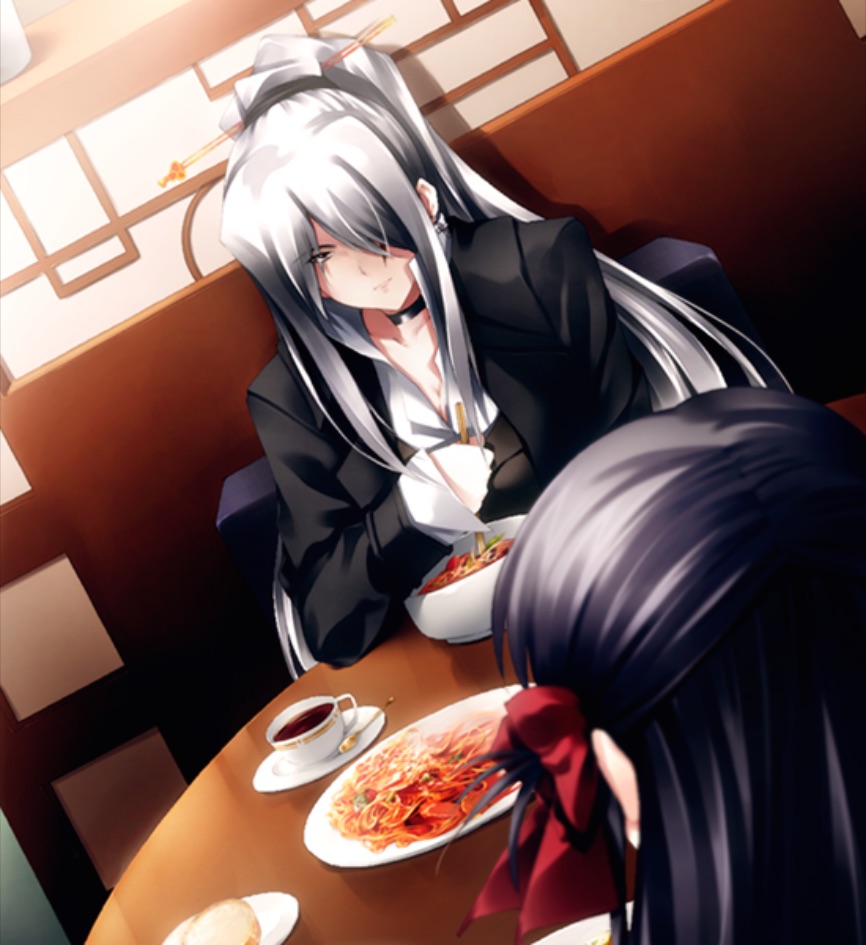 It's when the cult peers its mysterious little head when things get incredibly screwy. Players with weak stomachs will no doubt find the gore and murder techniques here too much to swallow, even with it being just in cartoon form. The attention to detail in the murder victims is pretty stunning, even if you are viewing it with a wincing glare. Props must also be given to the seiyuu portraying the characters, whom took the time to get the emotional aspects of each scene down right.

There were times when playing Cartagra where I found myself getting too attached to certain characters. I won't say their name for spoiler's sake, but there's one prostitute you can have a relationship with early on in the game, and when I discovered she meets a grisly fate I wound up replaying certain segments to see if I could save her. (Alas, it was all part of the storyline.) I can't remember the last time I played something that made me want to replay a previous part in order to change the fates at hand (hell, not even any of Telltale Games' titles have yet to make me attempt such a thing), but for this visual novel to be able to do this shows how great Innocent Grey is with its character development. 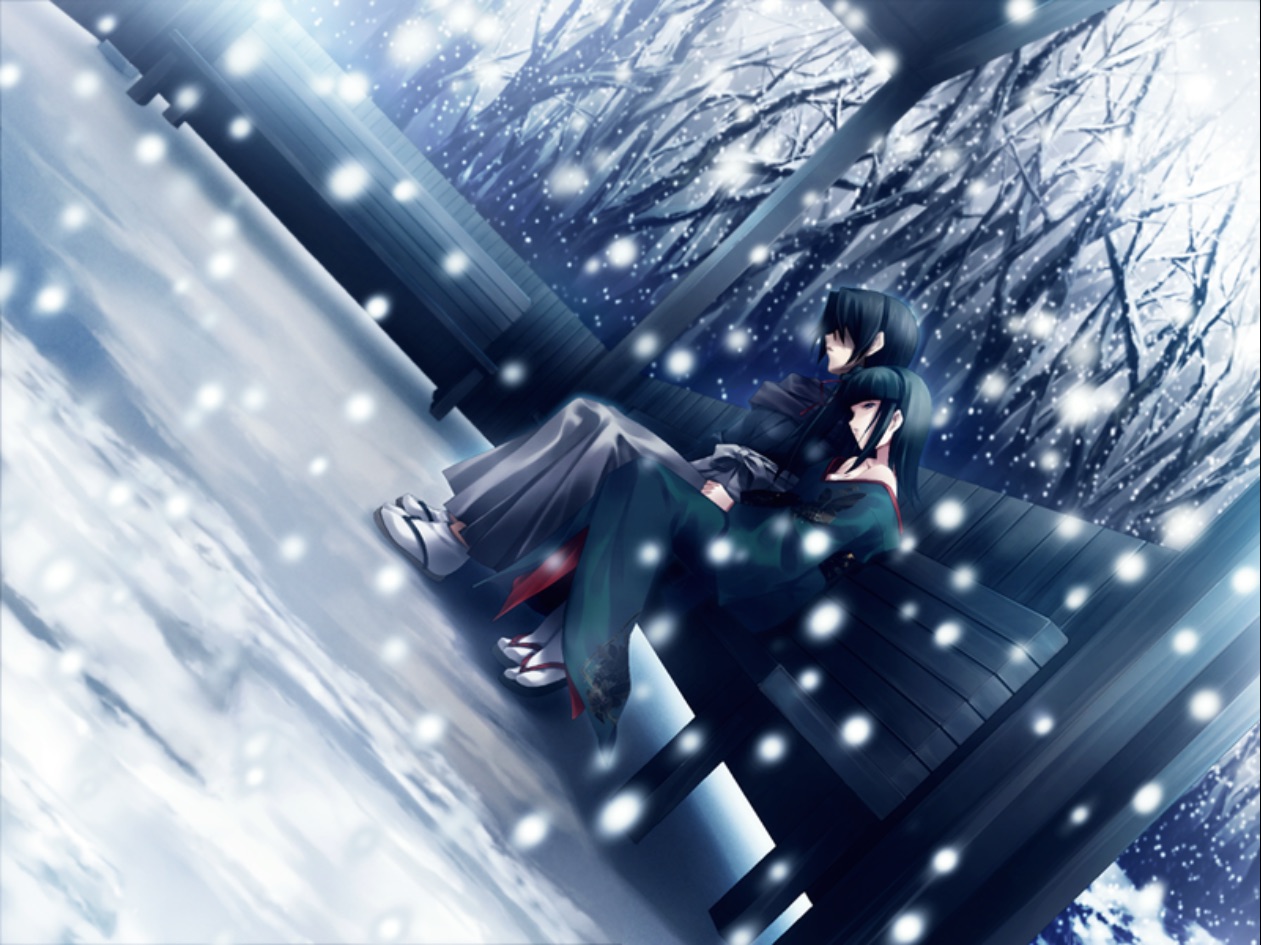 Perhaps my complaint with this visual novel can be with the way the story can be told at times. In some areas the pacing can be off, with disturbing visuals following the more arousing ones without something in-between to change the mood slowly rather than in a near-instant. Cartagra also suffers from both soap opera-ish and anime-esque cliches, ranging from the characters you thought you knew turning out to be the complete opposite to your usual tsundere fare. It doesn't get tiresome, but it can be predictable in some cases.

Playing Cartagra ~Affliction of the Soul~ will take you around fifteen to twenty hours to play and unlock all of the endings, and that's if you attempt to play the full round with just one save file. (Word of advice: multiple saves will be your friend, and with there being six pages worth at your disposal there's no real reason not to do so.) After beating the game you can view all the art scenes shown throughout the visual novel, as well as replay the more passionate scenes...if you're into that sort of thing, that is. 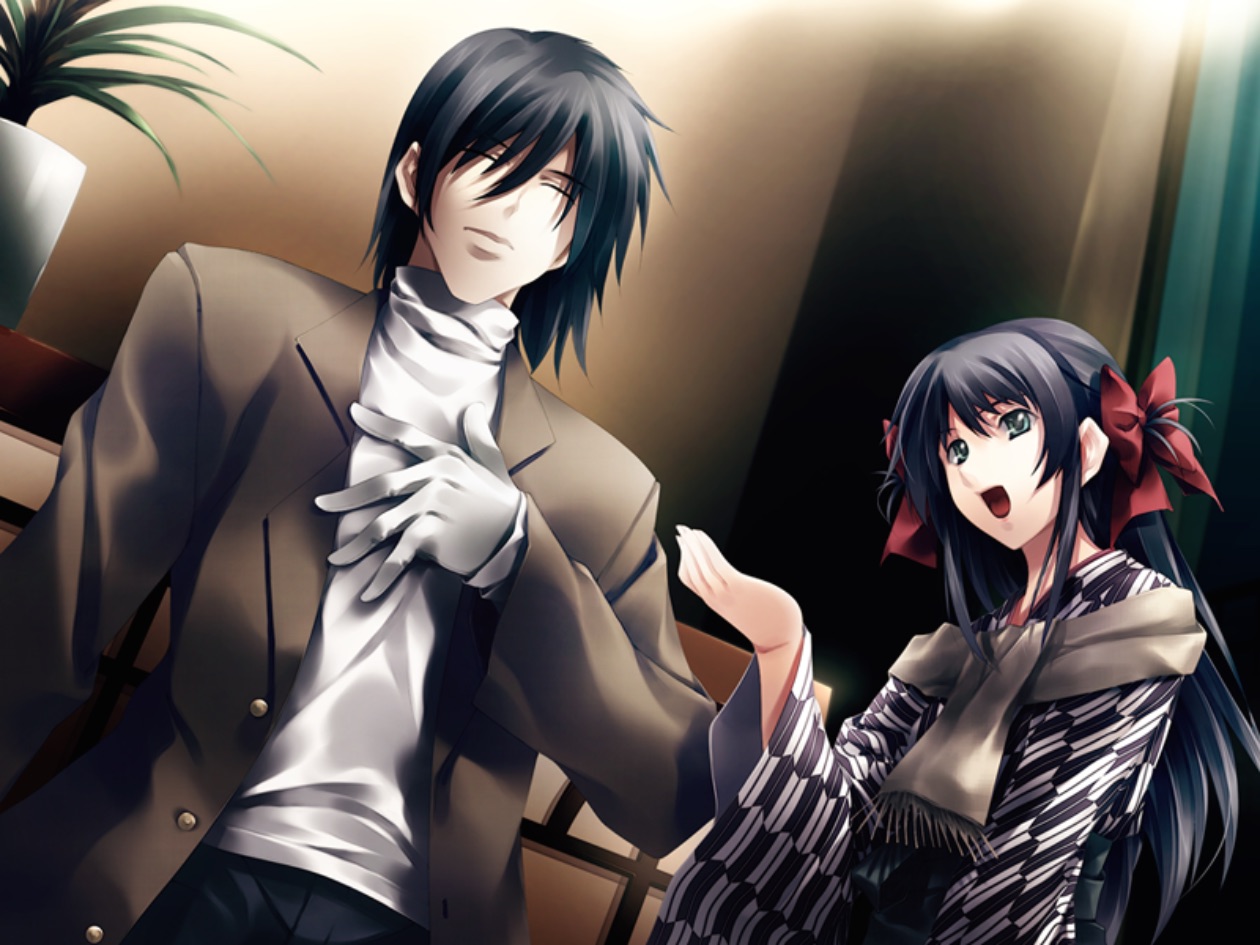 Cartagra ~Affliction of the Soul~ is a pretty well-told eroge visual novel, thanks in part to some well-timed twists and solid character development. You may find yourself surprised with some of the attention brought to both the story and art, not to mention the high quality voice acting that helps bring these characters to life. While it has its flaws, Cartagra is a pretty nice baby step for those wanting to get into the visual novel genre, especially for those with a Mac rather than a PC.

Cartagra ~Affliction of the Soul~ can be purchased at MangaGamer (warning: site contains images considered NSFW).