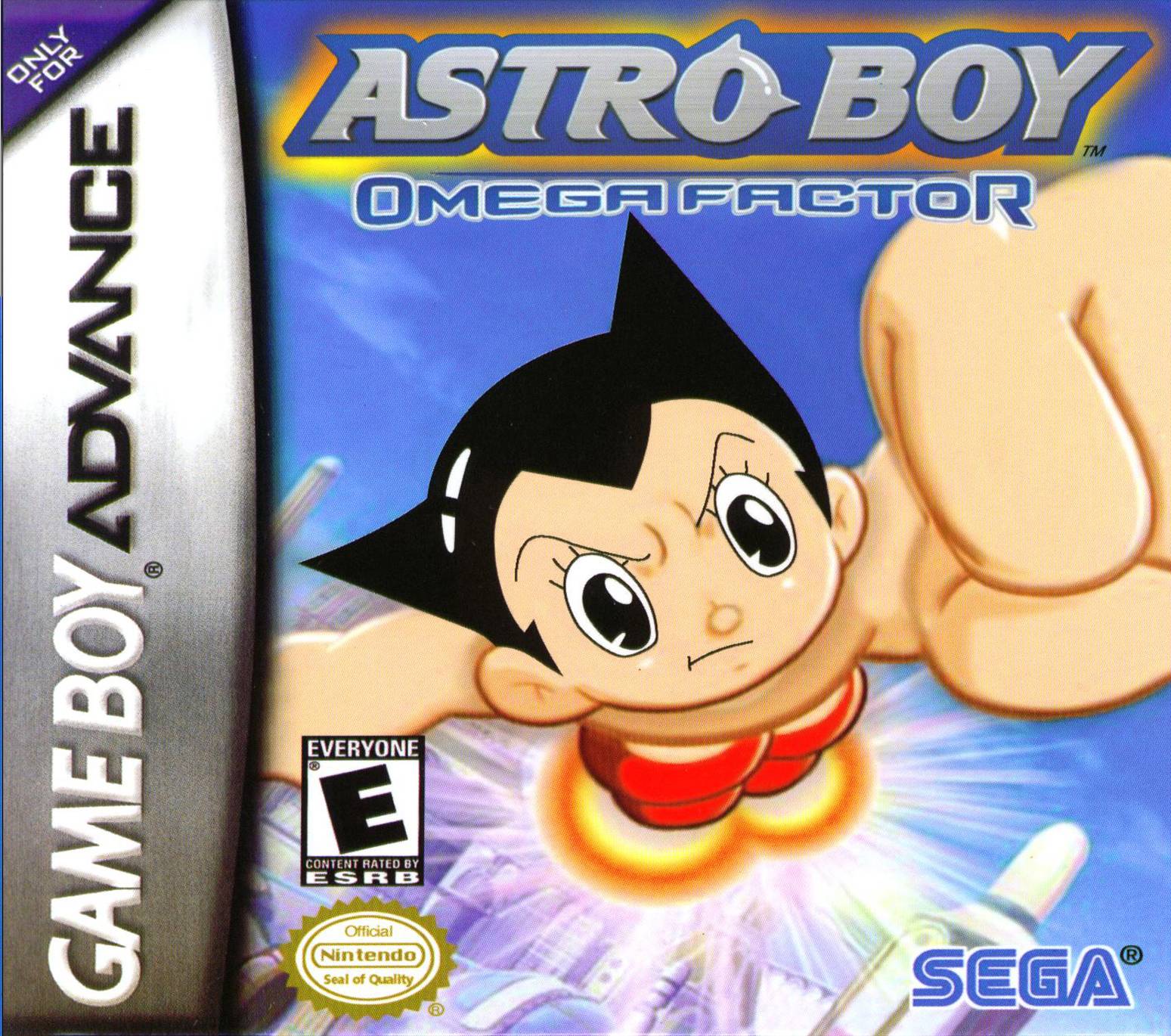 Ten years ago America got its hands on a new video game starring Japan's robotic pride & joy. When released Astro Boy: Omega Factor was lauded by fans and critics alike, being declared not just one of the best Game Boy Advance titles of that year, but of all time. Now with a new Astro Boy series in the works it's high time we look back at this overlooked classic, and see how it's aged.

Omega Factor has you taking the reins of Astro in a side-scrolling beat-em-up, where robots and goons do what they can to take our hero down and keep him from helping pave way for a world where humans and robots are united as equals. As you progress through the levels you discover who's behind these deeds, as well as uncover several side-stories that aren't as unrelated as they appear to be. As you come across new friends and enemies you'll earn power-ups that will go towards your health, weapons, and accessories. 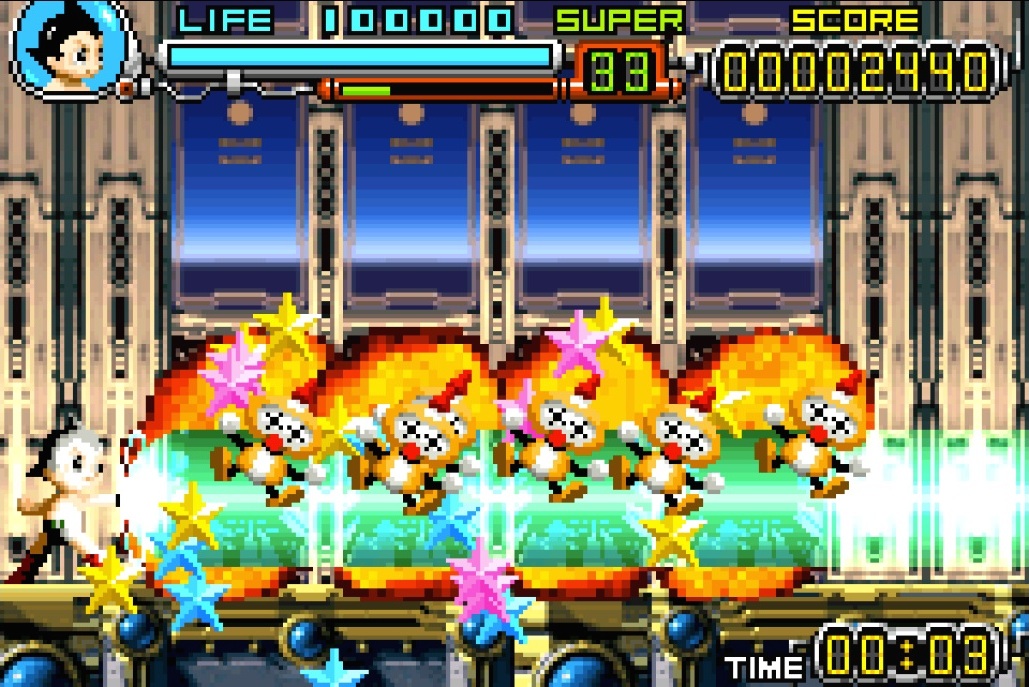 Developed by Treasure (Gunstar Heroes, Sin and Punishment) and published by SEGA Astro Boy: Omega Factor was unique for its time, as the game had you replay levels that led to the unveiling of plot twists and hidden characters. In one instance you discover a new scenario in one level, which then gives you the option to jump into another one via the Stage Select that is linked to the new info you've learned. It was one of the very few instances where replaying an entire game more than once over felt rewarding rather than a thankless chore. In fact it made the hunt for new objects and characters quite the enjoyable experience.

The game also served as a massive history lesson not just on Astro Boy, but all of Osamu Tezuka's works. Not only have elements from the original manga and all three of the anime adaptations been placed neatly into the title's story arc, but so have characters from just about every other Tezuka creation. Throughout Omega Factor you'll come across the likes of Black Jack, Princess Knight's Sapphire, Kimba The White Lion, Unico, and many other familiar faces from the mind of the man called by many as the God of Comics. In fact the later levels take their basis from Tezuka's strange-but-fun TV film Undersea Super Train Marine Express (which, as luck will have it, is available to watch on Hulu). 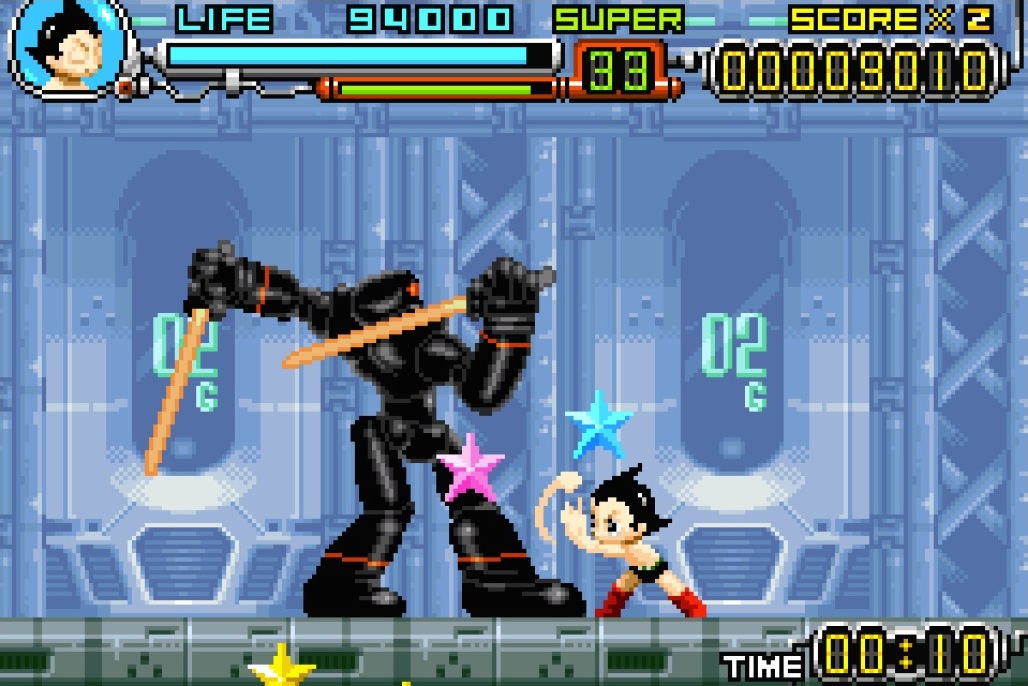 Throughout the game you have to punch, kick, and shoot your way through waves of baddies, ranging from the tiniest of robots to the tallest of titan-like deities. Omega Factor's gameplay runs rather smoothly for the most part, but whenever the screen becomes bombarded with enemies of all shapes and sizes the frame-rate slows down ever-so noticeably. Despite the many enemy run-ins, though, the game never feels repetitive.

Surprisingly for a button-masher, the control layout is very comfortable. Jumping with A and performing actions with B will take only a short tutorial to get used to, whereas the more powerful weapons like the arm cannon and the machine guns (which hilariously pop out from his backside) are designated to the L & R buttons. It was only a couple times when my fingers were in pain as I fought multiple enemies on screen, although this was possibly due more to the fact that I marathoned through the game. 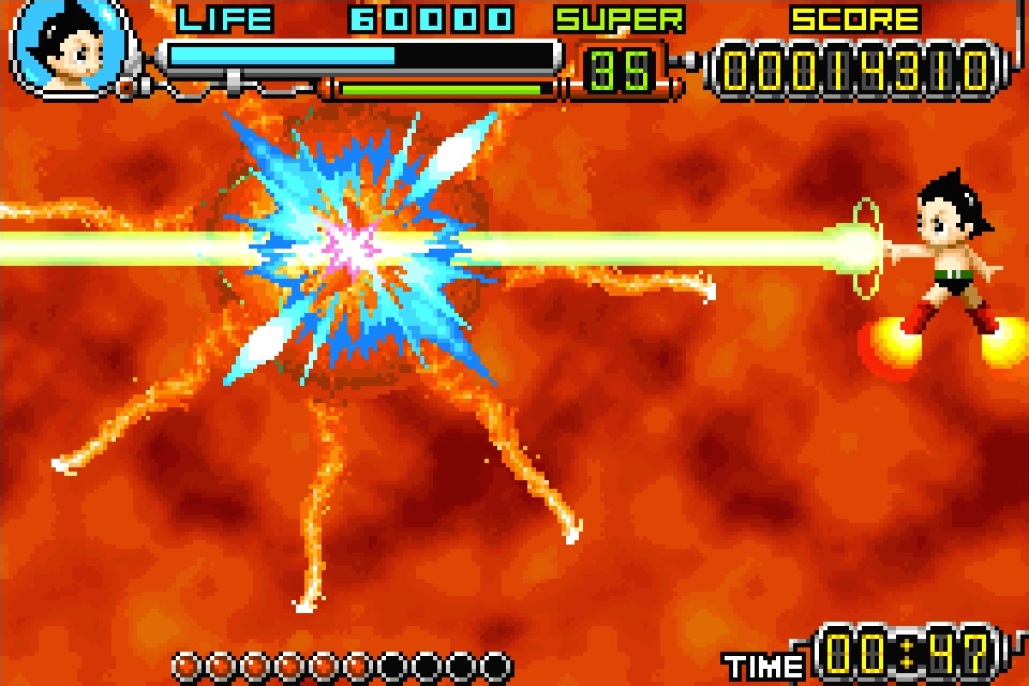 During the eight-month gap between the Japanese and American release Treasure took the time to tinker with some of the game's glaring issues. A new Hard mode was added for those who deemed Astro's adventure too easy, a couple level layouts were changed completely, new enemies were created, and shooting mechanics were improved greatly. It's why that, at the time, many Japanese gamers wanted to get their hands on the international version, as it was the far superior of the two.

Ten years later Astro Boy: Omega Factor still feels just as fresh as ever. Although the graphics look somewhat dated (although it's still one of the best-looking Game Boy Advance titles) the overall story and gameplay elements stand out from even some of the more recent AAA-titles. Perhaps it's because we've been spoiled by various retro-looking new titles, but if one were to give this game to someone who's never heard of it they'll swear that it's a recent release. Maybe it's due to the fact that I've been on such an Astro Boy fan for many years, but I just couldn't stop smiling during its entire six-hour run-through. 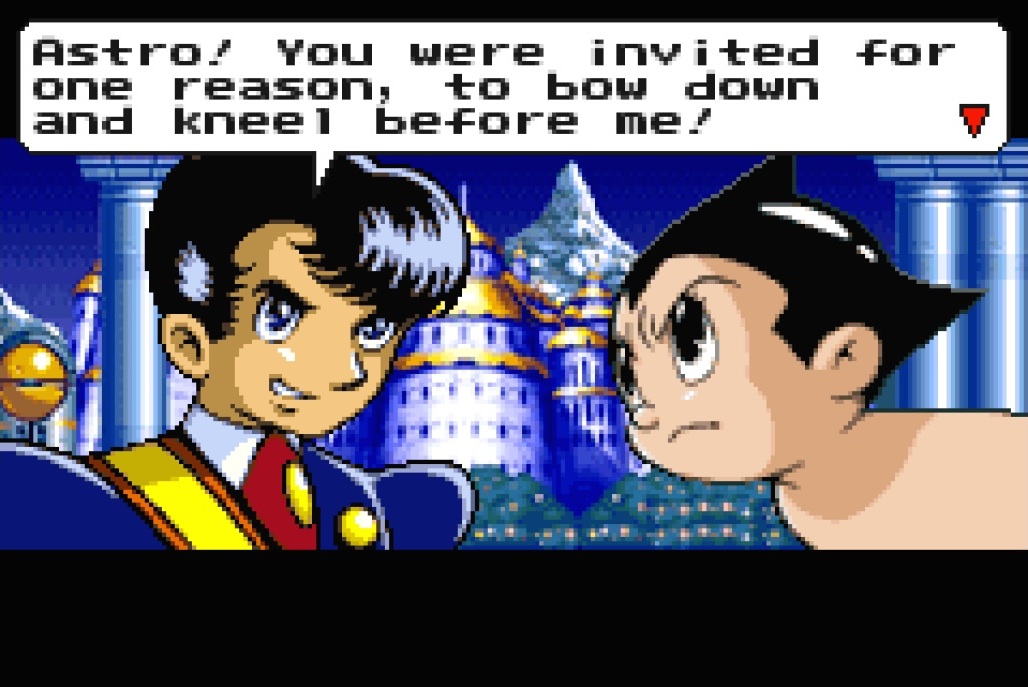 WHERE TO FIND IT:

Astro Boy: Omega Factor is quite the hard game to track down. At this moment a few copies are being sold on Amazon and eBay, but they'll cost a pretty penny. Your best bet may be to search any anime or gaming convention, and possibly you'll come across it for a decent price. However with the release of a new Astro Boy series coming early next year there is always the chance of it appearing as part of the Wii U's Virtual Console.