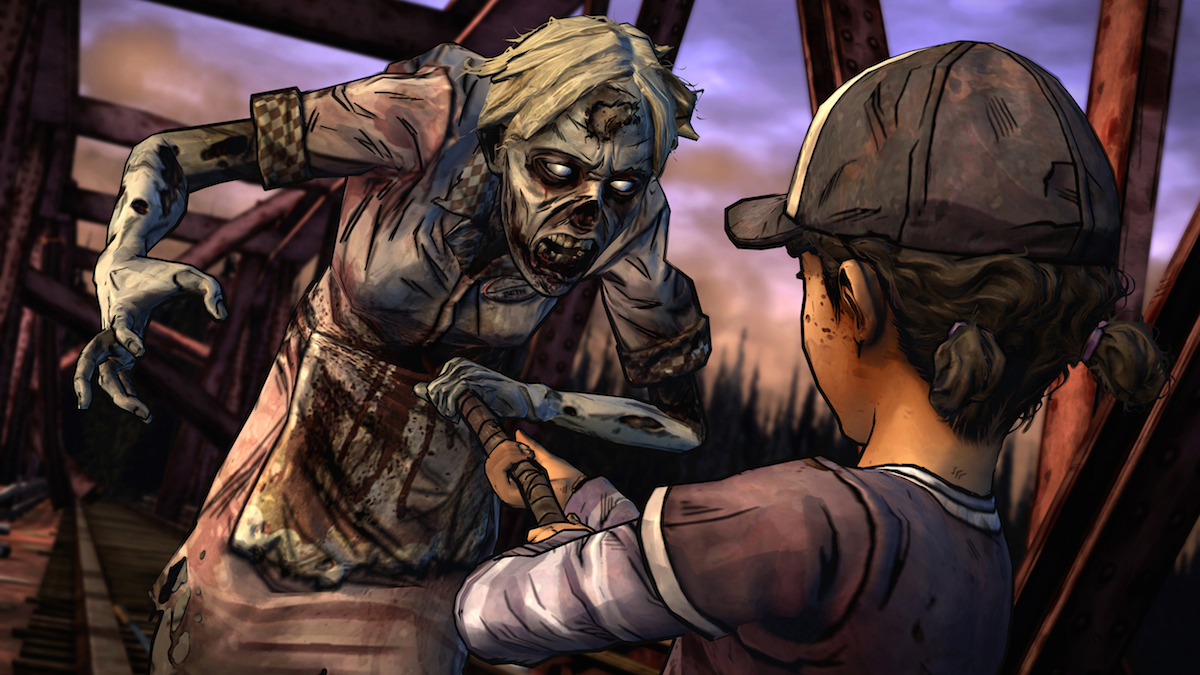 When we last left Clementine the young girl had made the decision to save one life over another, a common choice we've come to notice in Telltale Games' popular adaptation of Robert Kirkman's The Walking Dead. Soon after finding her new friends a new threat emerges in the form of Carver, a camp leader who has a past with Luke and the rest of the household. The choice to leave the house is made, pushing the group onto a new path filled with danger at every corner. However a small light reveals itself in the darkness, in the form of an old friend of Clementine's.

"A House Divided" focuses mainly on keeping Clementine and the rest of the survivors together, as the seams that bind them loosen as the game progresses. Decisions made by yourself, the group, or individuals can either go down as smart thinking or as acting careless. New to The Walking Dead series is the character Carver, who is played sinisterly by Michael Madsen (Reservoir Dogs, Sin City). As soon as he speaks the chill in the game's atmosphere becomes much colder. You know he's up to no good, and whatever it is you pray you don't find out what it is.

Making your choices comes quite easy in Episode Two, as you're tasked to answer to your friends and enemies in the best way you think will lead down a safer trail. However I did find that this time around the quicktime events involving Walkers didn't give you enough time to not just think, but even perform the actions needed to survive. In one scenario involving Walkers on a bridge I died five times because the game said I wasn't moving the stick fast enough, which I found peculiar seeing as I moved at the same speed I usually do for Telltale's games.

One huge plus to Episode Two is the minimal amount of loading hiccups that I've come to see from a Telltale Games title. In fact I can't remember a single framerate slowdown I came across in this game. With that being said I couldn't help but notice some weird audio-synching issues with some of the characters, especially in the scene involving Nick and Clementine being holed up in a shed.

"A House Divided" featured a lot of great writing, a cool new villain, and a reunion with an old friend from Season One. It's further proof that this adaptation of The Walking Dead is the one to truly jump into.