HomeVideo Games"Brothers" Knows How To Tug At The Heartstrings

"Brothers" Knows How To Tug At The Heartstrings 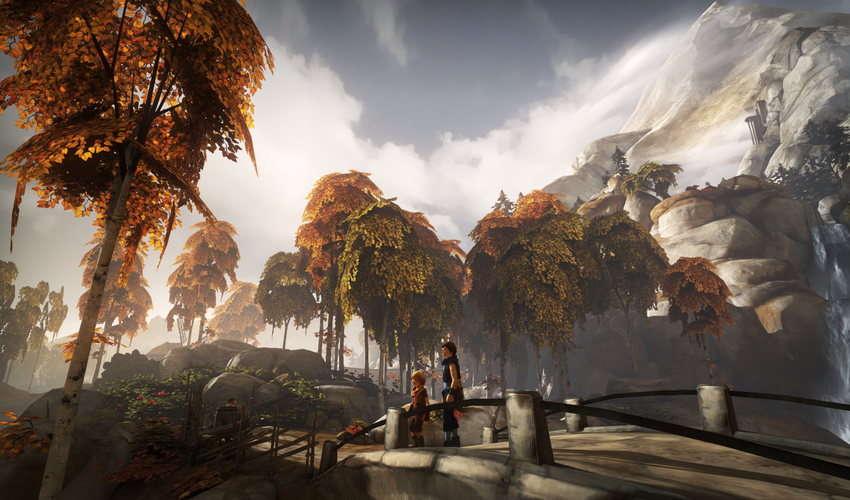 "Brothers" Knows How To Tug At The Heartstrings

Why have I been playing so many sad games lately?

This was a question that ran through my head as soon as the end credits began to roll in Brothers: A Tale Of Two Sons. A couple weeks ago I had played Continue?9876543210, whose mere concepts would make any appreciative gamer tear up. Last month the choices and events I bore witness to in the Season Two opener of The Walking Dead had my lips trembling, as I did my best to hold back the tears. Then there were the other titles that made my heart heavy in many places throughout 2013: The Last of Us, Ni No Kuni, even BioShock Infinite and Metro: Last Light had moments that gave me tear-stained eyes.

But Brothers? Oh man, did I find this one the saddest of the bunch. Developed by Starbreeze Studios (Chronicles of Riddick series) and award-winning Swedish director Josef Fares the game has you take control of two siblings as they search for a cure to what is ailing their dying father. Their mother drowned at sea while the youngest brother tried to save her, so the task to keep their only remaining parent alive is obviously important. They then journey throughout the land to find this mystical cure, traveling through lands of giants, ice, and wolves. The only thing that will keep them on the path of success, though, is for the two brothers to constantly work together. 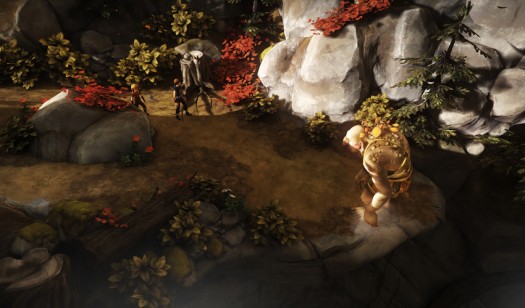 When playing the game you must control both brothers (named Nyaa and Naiee), with each one taking helm on either side of the controller. Using the left stick and L2 button maneuvers the older brother, whereas the right stick and R2 button moves the younger brother. At first this can be a daunting task, especially when having Nyaa and Naiee running away from danger in two different spots. Initially I thought this would be a great game for couples, with each significant other taking helm of one side of the controller (the same way that Ms. 'Splosion Man's "2 Girls, 1 Controller" mode worked).

Then during the the second half of the game it dawned on me why this game plays the way it does: it's trying to teach you to multitask for each brother, as you cannot solve puzzles or defeat bosses without having to use both siblings at the same time. It won't hit you near the end of the game, but there's a bold reason why a single-player co-op gameplay mechanic was implemented into Brothers. And trust me: when you reach that moment, you may want to drop your controller for a moment, find the nearest corner of your room, and proceed to sob uncontrollably. 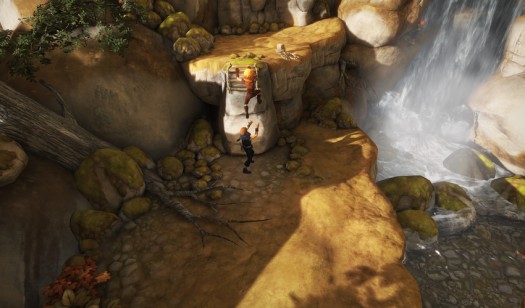 I'd be lying if I said I was familiar with Fares's film works, but playing Brothers: A Tale of Two Sons and experiencing its rich and emotional story really makes me want to check his back catalogue. None of the characters speak (other than in Sims-like dialogue), so you can only figure out how these brothers are feeling by what you see what's right in front of you. Fortunately what is seen is a breathtaking experience, chock full of heart and soul that only the likes of thatgamecompany have previously been the only ones to accomplish.

Graphically the worlds are a beauty to behold, from the icy worlds to the sight of the Tree of Life. However while the human characters don't look all too great they make up for it with their actions. Watching Naiee fly through the worlds on top of a gryphon will leave you awestruck. Just as spellbinding is Gustaf Grefberg's soundtrack, which knows exactly how to capture the right moments that'll make your heart fill with both joy and sadness. 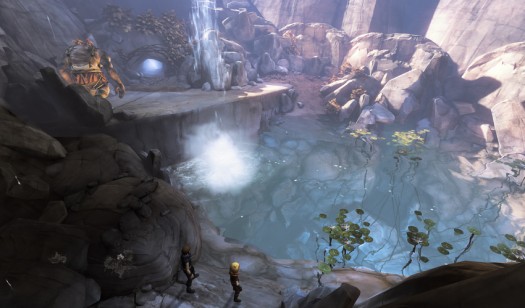 There is a tiny downside to Brothers, and that is its game length. Lasting just over three hours the game may seem a bit too small for its $15 price point. With that being said going to an evening screening of the recent Hobbit film is just as much, only with this game the emotional impact you'll have will definitely stay with you for a much longer period of time.

Brothers: A Tale of Two Sons is a gaming experience you cannot miss. Its heartbreaking story and gorgeous worlds will leave you clamoring for more titles like this to exist. Fortunately we now live with an industry who will probably do just that. Now I need to find a happier game to play, because my heart is still trying to recover from what is now the title-holder of the saddest video game ever made.