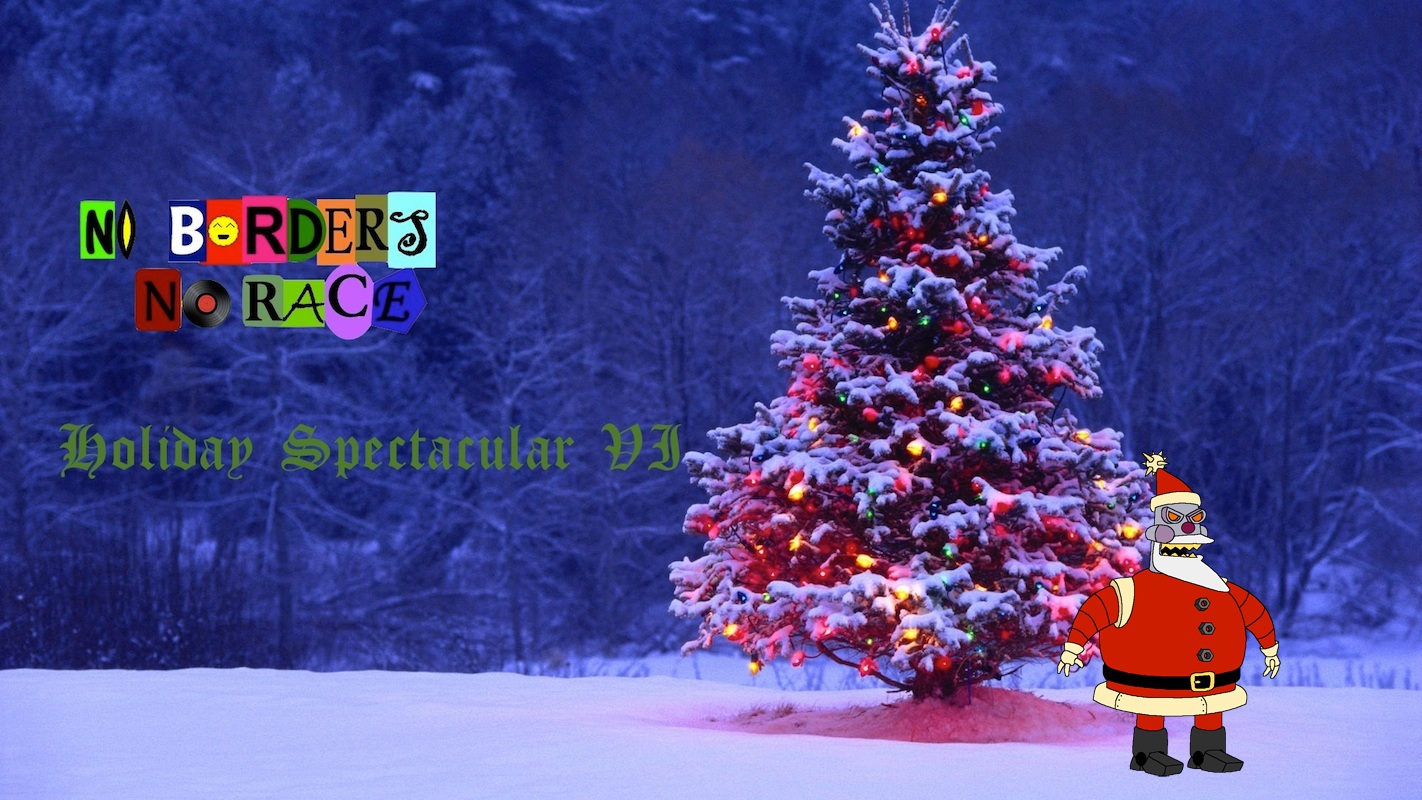 It's Christmastime in King Baby Duck's kingdom, and all he wants is to do a relaxing show and spin some of his favorite holiday tracks. However the Christmas spirit goes straight to Hell when King's long-lost (and initially thought-to-be-dead) grandpa appears at his door, and forcibly kicks him off both the throne and his own Podcast show. Will Phil the Issues Guy be able to see through General Quackers's not-very-nice plans, or will the Boston Bastard Brigade be subjected to old people music for all eternity?

Plus, on this week's Nazo-Nazo Nihongo Sawa-sensei tells of how one of her band members celebrates his birthday during Christmas time, and reflects on when she wrote to Santa as a kid. Also hear the Japanese version of "Jingle Bells," and find out what were the most popular Japanese words of the year!

Sugar prunes! Unicorns! The Krampus! And so much more! It's the No Borders No Race Holiday Spectacular VI!

Special thanks to Phil the Issues Guy and JC Riley for their amazing participation!!!

Power of Friends Needed To Tackle...