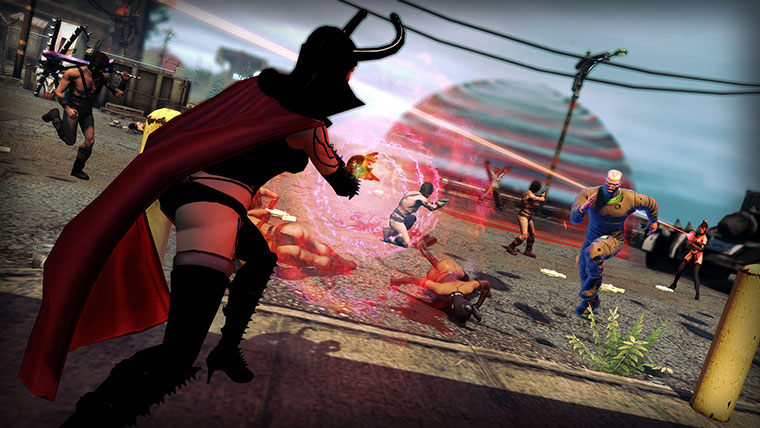 So what happened to the stuff that didn't mesh well with Saints Row IV? Well that's what the recent DLC package has set out to solve that mystery, with the Saints sharing their thoughts and reasons behind why the original story was canned for the series' fourth incarnation. And trust me: it gets weird.

Pierce was apparently supposed to become the mayor of Steelport, while Emperor Zinyak -- Saints Row IV's supervillain to end all supervillains -- was killed off in the first mission (much to the villain's dismay, according to his commentary). The Steelport simulation then took a life of its own, in the form of a crazed sadist with her own S&M army at her disposal. And then there's the (supposed) return of Donnie, who is surprised to hear that he was cut out of the fourth game entirely.

Much of the zaniness of Saints Row IV is still intact in the DLC, but in some places it's been cranked up to a whole new level. Tossing furries into cages, gimp pony races, blowing up Paul's brain, and a few other missions that are so out of whack that merely mentioning them here doesn't do it justice. (If you want a hint, read a certain Michael Crichton book.) However what makes Enter The Dominatrix fun to play isn't just how the missions turn out; rather it's hearing the characters give their two cents on the ideas that were thrown out the window when that create a fine fourth-wall smashing experience all-in-all.

Of course not everything is moonshine and Genki rainbows. A couple times during a mission I found my character getting stuck in-between a bridge gap, and there were some strange occasions of AI characters locked in standing positions while using telekinesis. The usage of animatics and action figures to showcase the storyline had a couple of good laughs, but for the most part I would've really loved to have seen them be fully animated (especially the game's ending).

While most of the missions can be seen as old hat Enter The Dominatrix's behind-the-scenes storytelling and humorous commentary on the events that unfolded is worth every penny. If you enjoyed what Saints Row IV had to offer, then you can find a good chunk in this add-on that will put a nice, perverted little smile on your face. Of course, a downside to this game on my end is that a certain Was (Was Not) song that I thought was long gone from my brain is now once again stuck in there thanks to this DLC. "Open the door, get on the floor..."