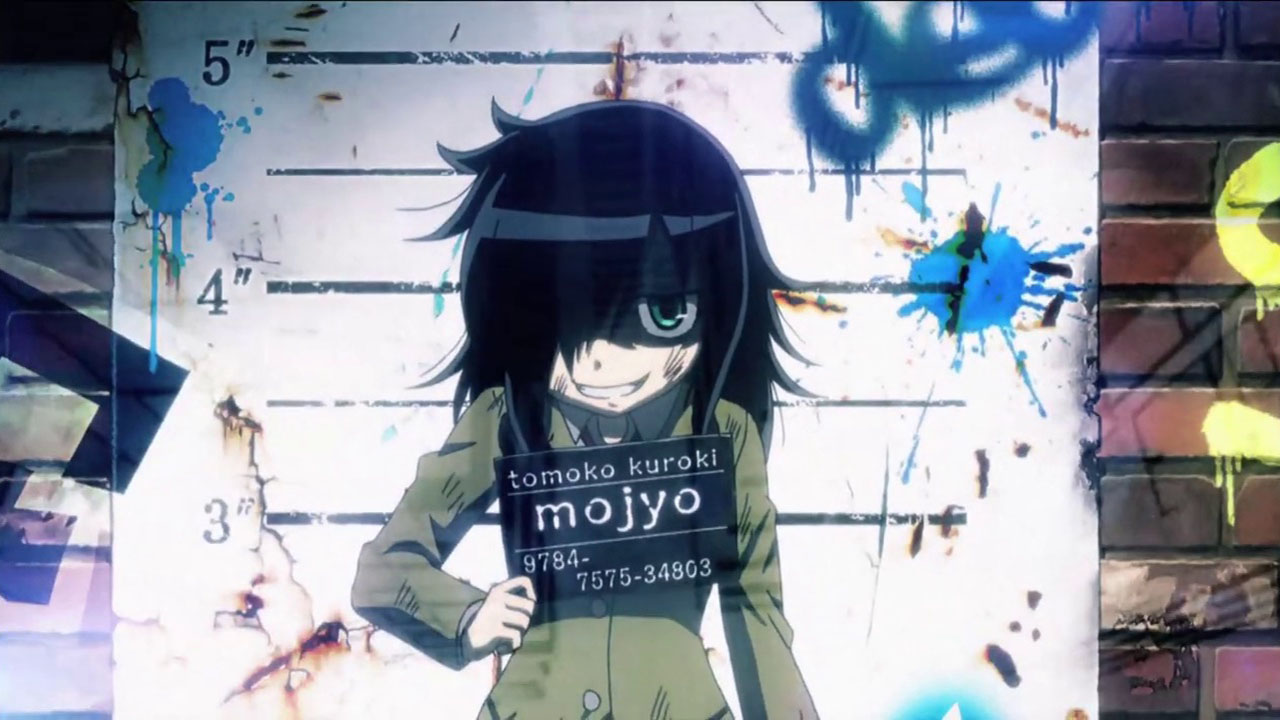 Once in a great while, an anime series will come around that splits my opinions into two sides. On the left are my thoughts from a creative standpoint, and to the right are the opinions from a moralistic perception. Yet as of this writing, both sides are still duking it out with one another regarding my complete and total critical judgement. What series has left my brain to act this way, you ask? The answer, my friend, is Nico Tanigawa's twisted comedy WataMote - No Matter How I Look at It, It's You Guys' Fault I'm Not Popular!

The series follows Tomoko Kuroki (Izumi Kitta), a deranged high school girl who definitely falls in the "talks the talk, but never walks the walk" category. She speaks with high confidence as she does her best to become popular with others. Unfortunately she's perverted, creepy, and looks like the little sister of Ju-On. Her grim outlook on life, too, gets in the way, as she bad mouths just about every single one of her classmates as they do the fun things she secret wants to do.

This is where my first roadblock appears. Tomoko isn't that likable as a character, rather her reason for existence is that she be ridiculed by her peers, especially her brother Tomoki (Yuichi Nakamura) who has to deal with her crazy shenanigans on a daily basis. On the more creative side having a character like Tomoko is a bit of a nice change of pace, as her mentality can be compared to the title character of Yamada's First Time (AKA B-Gata H-Kei). Viewers are supposed to laugh at her, rather than with her, which sometimes we need a character like that in a series. However from a moralistic viewpoint you have to feel bad for her, as there are plenty of students in real-life that are probably going through the same thing she is.

No Borders No Race: Episode Juu-Na...

No Borders No Race: Episode Juu-Ha...