HomeAnime"God Only Knows" Why They Skipped Around For Season 3

"God Only Knows" Why They Skipped Around For Season 3 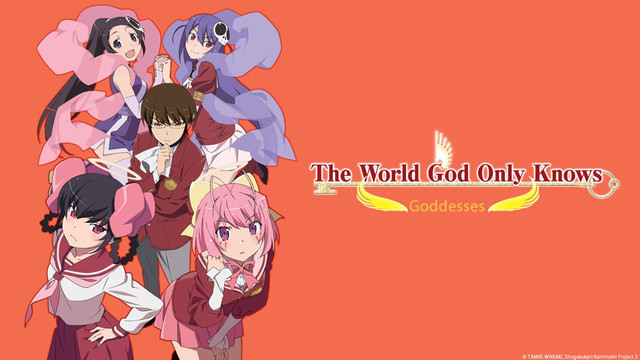 "God Only Knows" Why They Skipped Around For Season 3

The World God Only Knows is the type of show that, on paper, sounds like a bad premise. Take a dating-sim expert, have him unwittingly sign a contract to find Loose Souls with the help of a cute Spirit Hunter, and then use his gaming skills to make girls fall in love with him so the souls will exit their bodies and be captured by his new partner. The odd thing about The World God Only Knows was, despite said premise, it was one of the best-written anime comedies to come out in years. So when word got out that a third season was to be out, I got very excited.

Four episodes in, and my excitement for the show hasn't just weaned, it's comes to a resounding halt.

The third season of the show begins with its main protagonist Keima brushing up on what has happened in his life, from the appearance of Spirit Hunter Elsie to the conquests he has made in order to capture these Loose Souls. He also mentions how once the souls have been captured the girls who were falling for him would have their memories erased, a sort of deus ex machina to make the show (and original manga) flow better. Suddenly Keima starts talking about conquests that this reviewer didn't quite remember. Rather, these were storylines I had never seen.

Had I missed something? I watched the first two seasons, plus the OVAs, and these conquests that Keima were talking about weren't ringing a bell. It wasn't until I did some detective work when I discovered why I didn't recall most of what Keima was reminiscing about: Studio Manglobe had decided to skip a huge chunk of Keima and Elsie's adventures in order to get to what is known as the Goddess Arc. This huge chunk consisted of many important elements that led towards this specific arc, with only the Tenri/Diana goddess backstory explained in animated form via a two-part OVA.

With Eclectic Styles, Beck Gives B...

No Borders No Race: Episode Juu-Go