HomeVideo GamesGetting Your Mech Fix And Your "HAWKEN" On

Getting Your Mech Fix And Your "HAWKEN" On

Getting Your Mech Fix And Your "HAWKEN" On 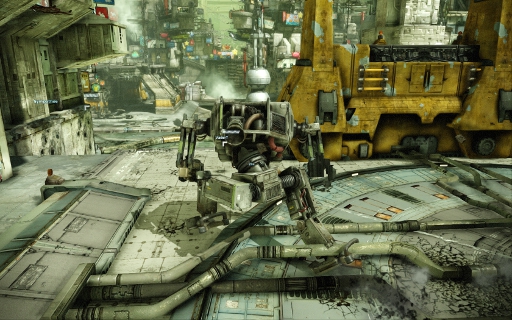 So has anyone felt the need to play a mech game and blow some stuff up recently? Perhaps people have noticed that there has been a lack of games like this in recent popular news, and have not been able to get their robot-killing action fix on. Well if you feel the need to be in a massive suite of armor killing other people in massive suites of armor, then I have the game for you. Welcome to HAWKEN, a free-to-play multi-player game that is designed as a fast paced mech combat game. You Armored Core fans can thank me later.

So what is this game and why should I be playing it? Is it like <insert favorite mech game here>? Well I would describe this game as MechWarrior having a baby with Armored Core. HAWKEN has all the customization features and detail that a game like MechWarrior has on the back end, with a combat system that is fast and fun like Armored Core. The best part about the whole ordeal is that it is fre,e so go pick it up at their official website. So when I mention a free-to-play game, people get scared that you can buy power and the person who pays the most will win. Well Adhesive Games and Meteor Entertainment did not fall for the whole pay-to-win and have done the correct thing with only purchasable cosmetics and an unlock with skill or real money mechs and weapons. What this means is that the only advantage someone who pays has over you is a different-looking mech and possibly quicker unlocks. Therefore everyone has an equal playing ground, regardless of money spent. 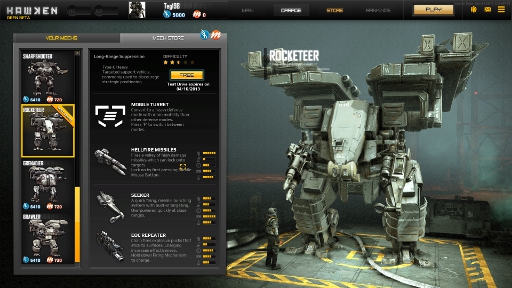 So to get new mechs you have the option of buying new classes to use with skill, or money depending on how quickly you want to unlock them. You start with the middle of the line mech, as it is average at everything it does. As you play you can get a mech that more suits your needs, whether you want a faster mech or a slow but heavily armored one. You can then set up weapons to the mech to better suit your style of play. The more you play in a mech, the better you get with it, unlocking slight advantages for specializing in a type of mech.

This game is skill tree-based so I am hesitant to go into the tree, as I was informed that a new system is going to replace the one I was using. HAWKEN is in beta, and will probably stay in beta till it shuts down, as the developers have stated they want to update the game according to the features and feedback requested by the community. This means that if you do not like something, then feel free to speak up on the community forums on anything. If a system can improve, then the developers will work on it. It seems like HAWKEN is one of those games that can have nice things. 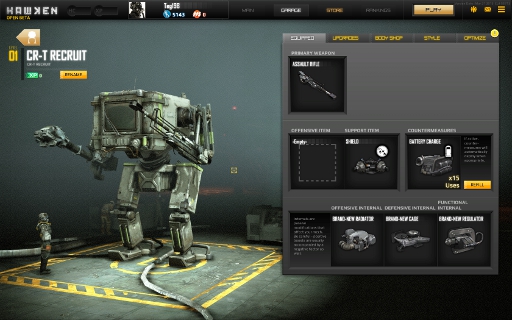 As for the combat, this game focuses more on the Armored Core style of combat over the simulated MechWarrior kind. That means more blowing things up and less simulation of small systems and how they work. Do not get me wrong, the developers did a very good job at making the feeling of driving a massive war machine, just not all the annoyances of maintaining one in real time. The impact of landing after using jump jets shows the detail as you can feel the weight of the landing. The ability to dodge and use jets to strafe gives these massive war machines more speed without sacrificing the feel of being a mech. The combat can also widely vary depending on the class of mech you choose. I started at PAX playing a hit and run mech, but later tried a heavy mech in my free time and lumbered around soaking
up damage. 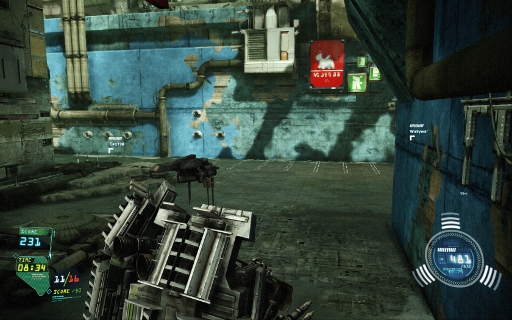 When it comes down to it, the real question if you are going to play this game or not is what do you want in a mech game. HAWKEN lies between tedious simulations of western mech games and fast paced anime style of the eastern mech games. While I miss the complexity that a mech warrior game has, this game's speed was just too fast for that level of play.  I will say that between play sessions there were a few times that I did not take the screen shots I intended because I was to focused on playing the actual game.  I also had to bind a screenshot button to my mouse as I did not want to take my focus away from the combat while trying to find something that justified this game.

The last screenshot is just a brief snapshot of the combat that can be expected, and I still do not feel that it does the game justice. My final thought on HAWKEN is that it will satisfy many people who are looking for a great mech combat game. I beg anyone ready to go out and at least give this game a try. My final question is, why are you not at least trying it? The game is free, after all. 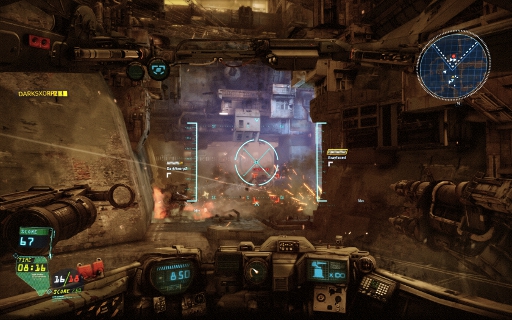