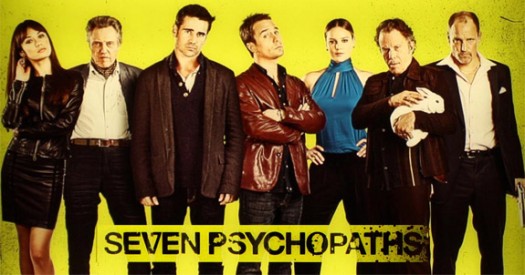 Like a crossbow arrow going through a guy's neck, here zooms in the Bastards with another fun-filled episode!

This week the B3 crew show nothing but praise for the recent Middle East concert featuring Peelander-Z, Electric Eel Shock, Math the Band, and Sam Mulligan, as they convince you why you need to go out and support these acts. The new Martin McDonagh film Seven Psychopaths is reviewed, as KBD and Blueonic try to find a good way to truly explain this crazed dark comedy without spoiling it. Finally the guys look at the demos for XCOM: Enemy Unknown, Forza Horizon, Retro City Rampage, and Naughty Bear: Panic In Paradise, with some conflicting views from both sides regarding two of the titles in the spotlight.

An eye for an eye leaves the world with one guy having one eye. It's Episode 157: Seven Psychopaths And A Cemetery Equals Great Ending!