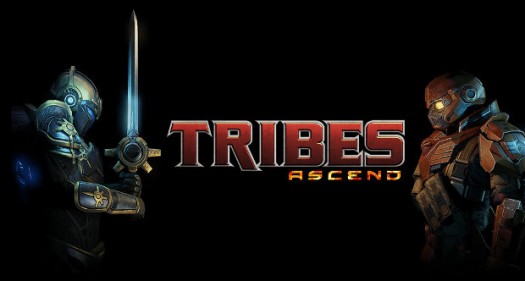 I was surprised to see the return of an old title I used to play back in college. The Tribes franchise has always brought some of the most fast-paced multiplayer battles seen online. Today I have seen what happens when this beloved franchise ups the ante in combat mode: the free-to-play Tribes: Ascend.

For our demo we were able to give team deathmatch a spin. Clocking in at 30 minutes (or the first to reach four hundred points) the level had you spread out across the massive land as you tried to defend your area while battling off the other side of the war. You are given two main weapons: a simple pistol or a more powerful cannon that is best used to take down turrets. During battles you can slide down mountains with the Space button, and use your jet pack to reach higher ground with the right-mouse button. The F-button is used for grenades and other side weaponry. 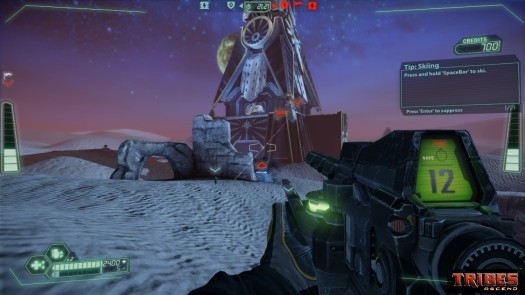 It was fairly easy to be caught up in the craziness that was happening in Tribes: Ascend. Opponents would fly overhead, where you can do a little skeet shooting fun as they barrel above you. Getting into a firefight with your teammates also adds to the fun of chasing your enemies by the wayside. Granted it's not fun when it is you being attacked all around, but at least you re-spawn quickly so you can jump right back into battle.

For a free-to-play title Tribes: Ascend is heavily detailed when it comes to the characters and weapons. There is a glisten of shine on your armor as you fly through the air, and the explosions fill the screen with pure delight. While most of the level we were playing in was somewhat bare (with the exception of a base or two for each team) the gameplay experience made up for the minuscule attributes in the worlds itself. Perhaps it was just that one world, however, so other battle areas may have more elements to your surroundings.

With an official launch date of April 12 Tribes: Ascend is looking to live up to its promise to being the fastest online shooter on the PC. Its quick-paced combat will have many online players having a blink-free experience, where even the slightest second can affect what happens to you on the battlefield. You can sign up now on the game's official website, and download it as well in time for its launch next week. One thing's for certain: you will be jumping out of your seat either happily from achieving a solid kill, or angrily because you got reamed by the opposing side as soon as you about to achieve said solid kill.