HomeVideo Games2K Games Lays Down "The Line" At PAX East

2K Games Lays Down "The Line" At PAX East

2K Games Lays Down "The Line" At PAX East 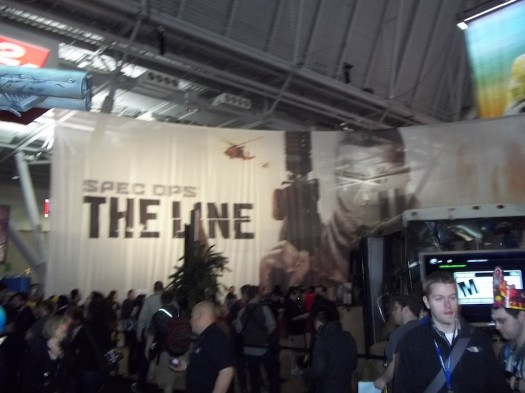 The very first scene I bore witness to at the PAX East demo for Spec Ops: The Line had me hurdling in a helicopter through a ruined Dubai, as opposing forces were doing everything they could to shoot us down while we were returning fire. Its fast-paced moments had me gripping my controller ever-so tightly as my copter swerved around rotting towers, while my jaw dropped slightly as I lit up enemy copters and tore down crumbling buildings. Then came the kicker: the helicopters all got trapped in a sandstorm, ripping through everything until the screen turned black. I realized at that moment that Spec Ops: The Line was turning out to be a wartime game unlike anyone has ever seen.

Developed by Yager Development Spec Ops: The Line will have you control Captain Martin Walker through his journey to search for Delta Force founding member John Konrad in a very bleak Dubai. In it he and his two comrades will roam the desert, search through buildings, and persevere terrible storms in order to complete the mission. It also doesn't help that there are some survivors that are looking to take you and your men down. 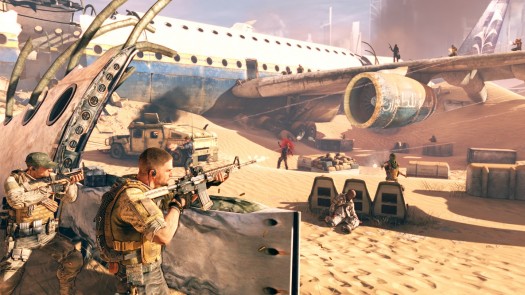 The environments you are can be quite handy when it comes to taking down multiple men. In one instance there were roughly four men pointing their guns at me as they stood below a bus filled with sand. By shooting out the windows of said bus the enemies were taken out by the desert grains in an instant. You can also signal your fellow soldiers to take out enemies at specific points, which is good when you are trying to deal with a sniper as other enemies are firing at the same time. Meleeing enemies and sneak attacks also come in handy when dealing with multiple targets in the same room.

With all the battles happening in the demo for Spec Ops: The Line, the one thing that stood out most for me was the camaraderie between Walker and his partners in war. Both the serious aspects and the humorous elements of what they would be talking about added a sort of realism that really hasn't been seen in video games. It's been done in such films as Three Kings and Full Metal Jacket, sure, but here it just seemed more natural and down-to-earth. In one instance you are laughing as Walker acts like a kid while sliding down a rope, but in the next moment you are doing everything you can to save you and your friends from dying in battle. It sort of adds on to the factual idea that in war, anything can happen unexpectedly. 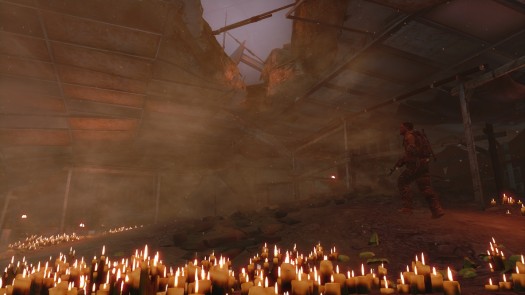 So far the control scheme works wonders in Spec Ops: The Line, and could be considered as one of the most volatile in the third-person shooter genre. Switching weapons, giving your other soldiers commands, and hiding in safe areas as literally as simple as pushing a button. Aiming your grenades might take getting used to (as Blueonic found out the hard way), but all in all how you play it is pieced together wonderfully. The graphics look fantastic, and the attention to detail especially during the opening sequences will be sure to make EA Games and Activision jealous.

One other thing makes Spec Ops: The Line stand out from the Call of Duties and Battlefields of the gaming world: the main game focuses on Walker, and Walker alone. While other war-based shooters tend to jump around from soldier-to-soldier, here you will spend your entire time with Captain Walker, getting to know both the man and the soldier that defines him. While there will be some multiplayer thrown into the game for people to compete in, the story itself will be just a single-player experience, with no co-op whatsoever. 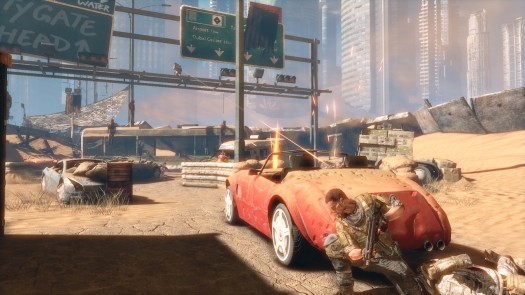 Spec Ops: The Line is due to be released on June 26 on Xbox 360, PS3, and PC. With what we've seen so far, it is looking like a safe bet that 2K Games and Yager Development have brought the Spec Ops series back into the forefront of realistic combat. After waiting two years to go hands-on with it, I can honestly say it was worth it. Here's hoping the full experience will bring us one unique shooter in the long run.

Be sure to check out Blueonic's interview with Spec Ops: The Line's lead writer Walt Williams and lead designer Cory Davis.