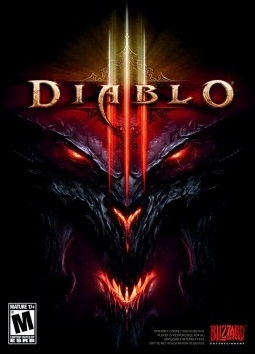 So I will start this off by saying the same thing I did on the podcast. I was looking to play some Starcraft II and remembered I had the wrong e-mail linked to my battle.net account. When I went to change it I noticed that I had the Diablo III beta in my list of games. I wanted to try this beta for months, but never got around to asking my friend to borrow his account that had it months in advance. I then went on to install the beta, and found to my surprise that I had to wait for a 15 gig download! When the next day came I finally got the chance to try the game I have been waiting oh so long to play (but not as long as the true Diablo fans, as I was in my RTS phase around the time Diablo and Diablo II came out). 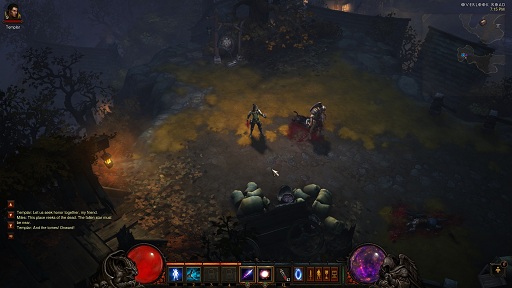 I started off picking my normal class in games like this, which is the mage (who does not like explosions filled with particle effects). I then proceeded to run through the game with its storyline, picking the coolest-looking spells to attack with.  Going through the normal process of how this game works was not hard, as Blizzard have become experts at making games that fit all types of audiences. In fact the tutorial messages only seemed necessary to lean the hot keys for me (the menu ones and not the spell ones, as I am not a total moron).  The blue globe is for mana, the red for health, left click is the main attack, right click is the secondary mana using attack, and 1-4 are abilities you will get over time to choose from. 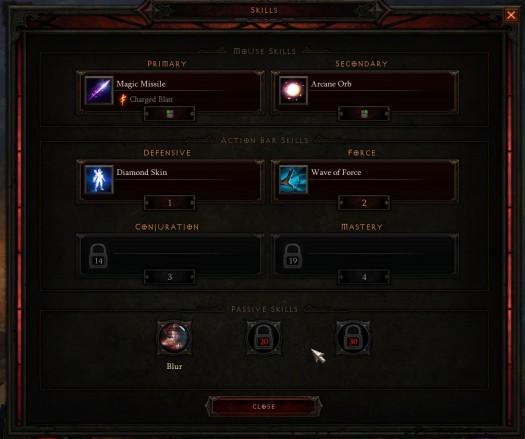 Diablo tends to play like a normal hack-and-slash dungeon crawler with RPG systems, and is randomized so it will always be different. Compared to the older Diablo games, this one has had the gameplay simplified and focuses on combat and game mechanics. I know the spreadsheet junkies will be upset, but I am happy to not have to look up guides on what I should put a talent point into. In fact the whole talent tree found in most games has been altered to be more user-friendly. Like I said you will get skills while leveling to assign to the various controls, and you will get all these while leveling up.  You have to pick what ones you want to use and assign them; rather than progress down a talent tree being forced to possibly pick talents you do not think you will ever use just to get the one you actually want. 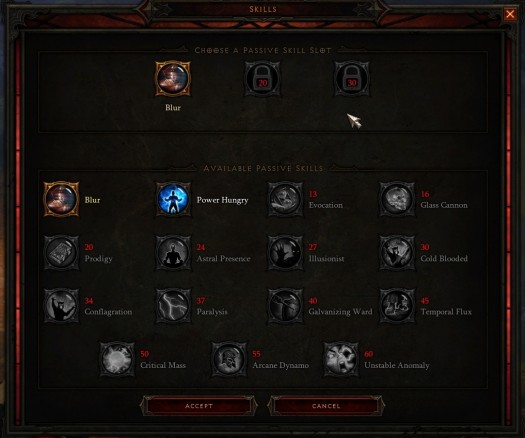 Just to add more diversity to the skills, Diablo has a rune system where you can select a rune for your skill and change the way its mechanics work.  This means that if you want to play a class and your friend wants to play the same class, there will most likely be diversity between the two of you. 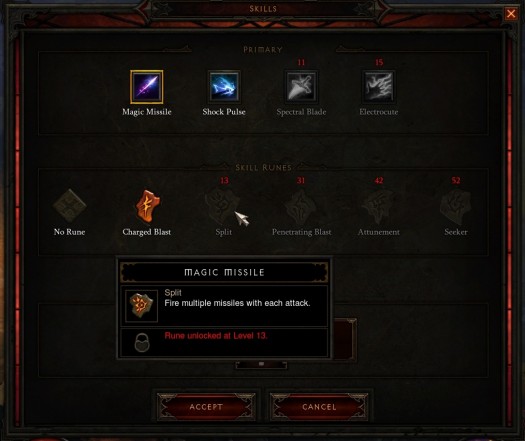 The crafting system changes a little as the only items you can break down for supplies are ones that are labeled as rare. In fact as far as I can tell, the only use for items that are not rare is a bit of extra money from selling them. This crafting system works by going to the blacksmith and giving him supplies to craft the items you have a recipe for. He also can be paid for training to increase what you can make at a crafting station. 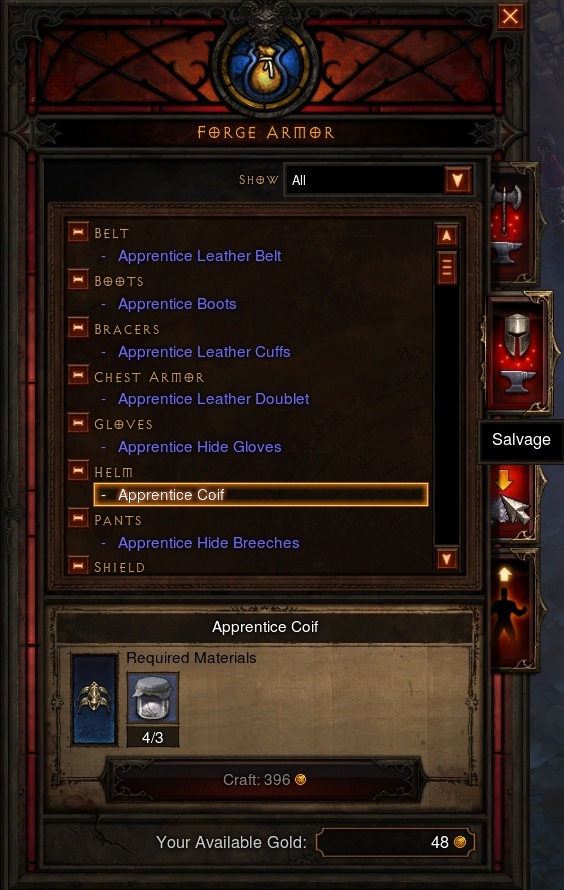 For those who played the original Diablo, you will remember the whole identifying of items you found to get better statistics. The basic idea is that if an item you find is rare enough, you need to identify it to find out how truly powerful it is. Well in the original you had to buy items to figure this out, but in the beta it seems you just right-click the item and that is it. 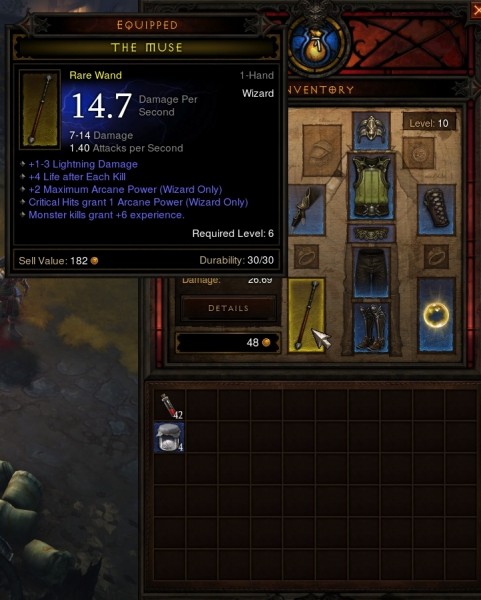 I personally have no idea why they did not just remove this system, as it seems you no longer spend money or effort figuring out what an item is beyond moving a single finger to press a button. I also was happy to find that I could have a companion come along with me during the game. There is, in fact, a menu to pick my companion’s skills and fit him with some weapons and armor. 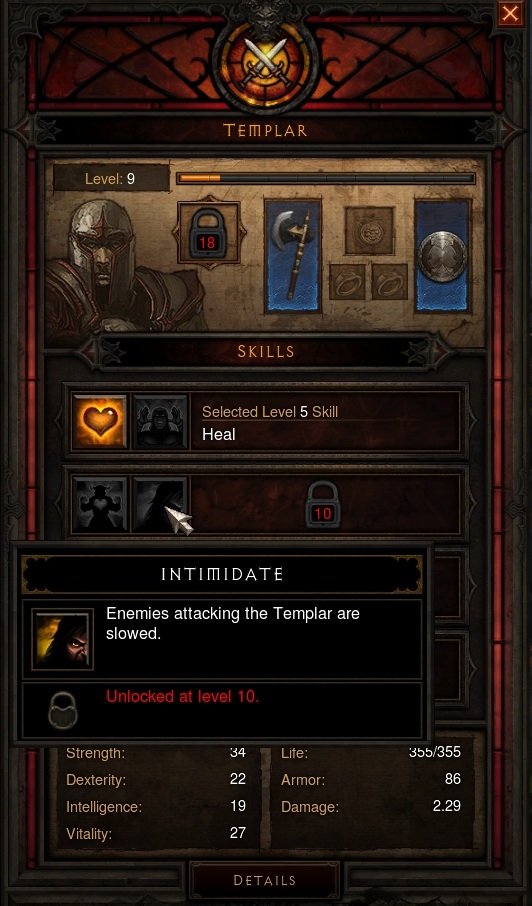 Sadly I cannot speak too much more on features (probably missed one or two) because this is a beta, and from what I have heard it has changed a lot. We will have to wait for the final game to see what mechanics are kept. 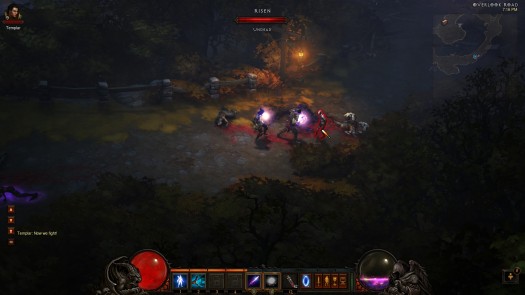 So what do I think about the Diablo III beta overall? Well at the start, due to lack of skills, it was a bit of a slow start. If I were a developer I would have started the player off with some attack that at least looked cool to hook a person in. After some time and levels I got a skill that shot out a black hole that exploded and did lots of damage. That is the point that the game got me hooked. From there I started to notice harder mobs and eventually rare elite creatures to kill.

I did have to stop at one point, and when I came back I had noticed the map was empty. This is because every time you restart, everything has to be randomly generated again. It is good knowing I can play through with my character again and see all newly-created areas. As I ran through areas picking up loot and exploring, I came to a point where my bag was filled. Shortly after that I was given a spell that allowed me to return to the town, and keep a portal open to jump right back into the action. It is nice not having to spend lots of time carrying junk back just to sell so I can continue.

In fact everything in this beta seems streamlined towards giving the player more time to play than do the normal RPG chores. The quests have voice actors, so you can read and listen to lore and not sit around reading walls of text (or just skipping the reading part in most cases). The isometric view gives this third-person game a classic feel, but the graphics are amazing with the special effects from attacks. When this demo ended I was truly sad to have to stop playing. (I do want to note that at the time of playing and writing, there are server problems preventing me from trying some online features of the demo.)

Rumors and word of what the full Diablo III game will have includes up to 4 player co-op. It will have an in-game auction house to sell items that you acquire while playing for in-game money and real-life money (an interesting idea, to make a living off of playing a game possible).  There will be multiple difficulties so you can play though many times and acquire better items during each play-through.  Hardcore mode will be there, where if you ever die then you lose your character and items.  Finally Player vs Player will be in the game, but will not be available on Day One and instead will be added in an update later on.

Diablo III will be released May 15, 2012 on the PC. A console version is currently being “seriously looked at”. 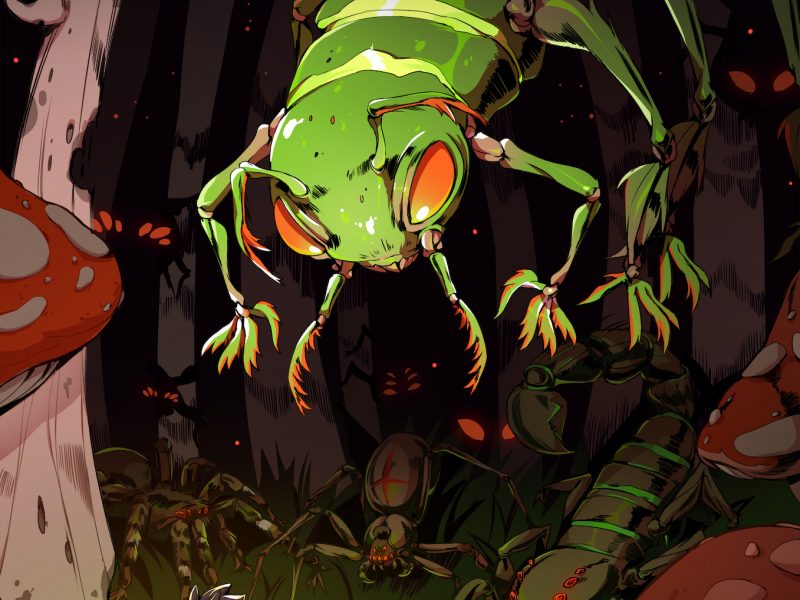