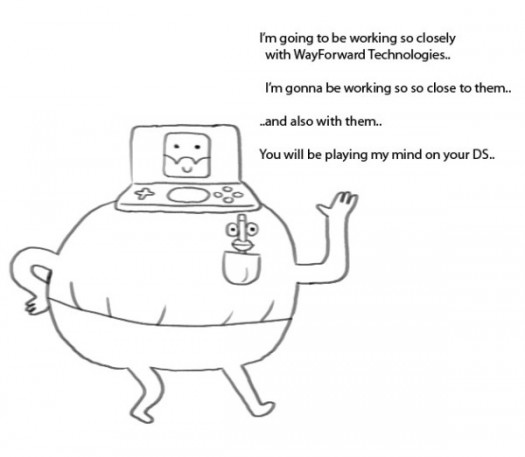 Our favorite cartoon starring Jake the dog and Finn the human is heading to Nintendo's handheld!

Adventure Time creator Pendleton Ward announced today via his Twitter that his beloved Cartoon Network show will be heading to the Nintendo DS in its first foray into video games. The title will be developed by WayForward Technologies, whose past video games include the critically-acclaimed A Boy and His Blob and Centipede: Infestation.

Little is known currently on what sort of Adventures Jake & Finn will be partaking in, but my fingers are crossed that something involving swords, princesses, and 8-bit autotuned beats will be in the mix.