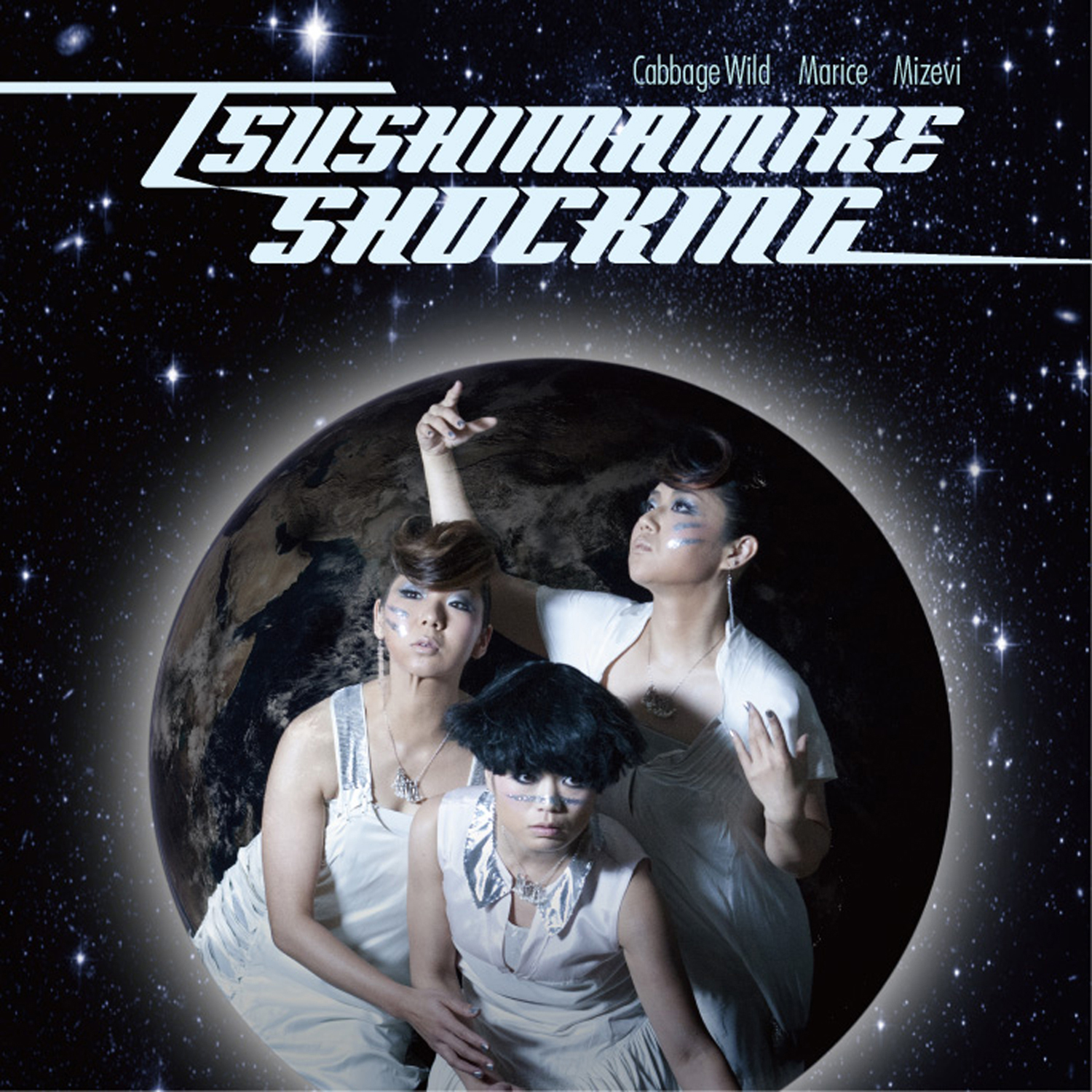 For almost their entire careers TsuShiMaMiRe have focused mainly on three subjects in their songs: food, sex, and death. So what happens when they decide to take snippets of those subjects and insert them into an entire concept album around visitors from outer space? The answer proves to be its namesake: Shocking.

Pulling a David Bowie the trio appears as alien alter-egos: Marice (vocalist/guitarist Mari), Cabbage Wild (bassist Yayoi), and Mizevi (drummer Mizue). The aliens travel on their flying saucer SARA carrying the concepts of food and rock 'n' roll towards Earth. On the planet they discover the people are suffering because all they have are objects and information. Hence begins the album with the song "Hungry and Empty," a song whose style is quite out of character for TsuShiMaMiRe. While Mari's vocals have always seemed "innocent" here they sound more genuine rather than in past efforts, where there is always an underlying sort of treachery waiting in the wings of the bandmates' minds. It's the following track "Darwin" where the bands treads into familiar territory. It's chaotic, cutesy, and above all head-banging with a sort of surf rocker's edge in the musical break.

"Memoirs of Cabbage Wild" takes another different turn in the stylings of the band, acting more like a Japanese Flobots track than anything punk-oriented. Mari may not have the street cred as, say, Jonny 5 or Brie Rabbit, nor does she have anything political in her lyrics, but her attitude is still in the category of angry badassery. Perhaps she (rather her alter-ego Marice) has a lot to say about the turmoil and disorder found in this vision of Earth. The back-to-back "Fly, Ebi Fried" and title track lets all the anger out of the aliens' bellies. thanks to their hard-hitting drum parts, twangy bass riffs, and Mari's concerned vocals. They're the types of tracks that put TsuShiMaMiRe on the map in the first place, and it's great to hear that after all these years they've never forgotten what made them unique.

In "24 Hours Carnival" the aliens try to create a sort of joyful noise to get the earthlings out of their funk. It's like an impromptu party is happening, where the aliens and people are using all they can scavenge to make as many happy feelings as possible. The human race declares the band as their new gods, which leads into possibly TsuShiMaMiRe's most epic track ever concocted: "Messiah The God of Food." It starts off quite messily, but then gives birth to an explosion of crazed UFO chants, church choirs, happy fast-paced ska guitar riffs, and foods crying to be eaten. Think what would happen if Freddie Mercury, Dave Grohl, Billie Joe Armstrong, Joan Jett, and Wayne Coyne all got together, went on a drunken bender somewhere in Kabukicho, and quickly ran into a nearby recording studio for an all-out jam session. The end result would probably be a close replica to "Messiah."

The track's final two tracks "UFO For You" and "Space and Big Love" give way to hope that the aliens have made the world a better place, thanks to their contributions filled with great music and delicious edible treats. It's quite the change of pace for the band, who usually ends their album on a more anarchic note than one filled with peace and joy. Then again, perhaps an ending of believing that all will be fine in the end is the sort of thing TsuShiMaMiRe needed to do, even if it's just this one time. 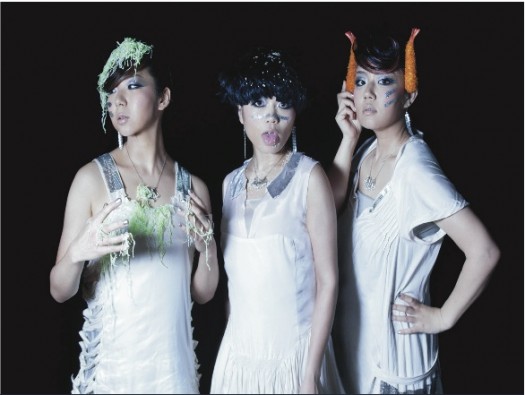 Sometimes all a band needs to do to stand out from its past works is change their tone just a notch, and Mari, Yayoi, and Mizue have done just that. Shocking proves itself to be another reason why TsuShiMaMiRe can't do wrong; in fact "doing wrong" just may not compute with them at all. May this successful experiment open the door to other Japanese acts pulling off the art of concept albums, as bands & artists like The Kinks, Bowie, Alice Cooper, Fucked Up, and -- now adding to the list -- TsuShiMaMiRe have done so very well in the past.

TsuShiMaMiRe's Shocking is now available in Japan, but will be available in US stores on May 1. A deluxe edition of their previous album Giving Blood (#8 on our top twenty albums of 2011 list) will also be released that day.