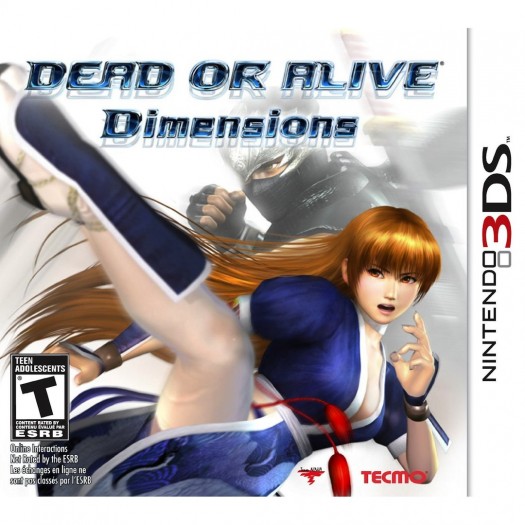 I’ve always fancied myself a fighting game kind of girl, something about all that button mashing and raging adrenaline just really does it for me, so when I made my switch to 3DS this spring, both the newest Dead or Alive and Street Fighter were pretty high on my priority list. While Street Fighter IV was ready for me on release day like a puppy on Christmas morning, Dead or Alive kept me waiting like the girl whose way too hot to be seen with you but still wants to go to the movies with you.

I launched on into Street Fighter on release day, taking on all sorts of foes with my all-time favorite: Crimson Viper. I was a little sad when I headed on down the single-player trail however, I wasn’t offer very much more than a single cut scene and occasional win statements to provide any sense of purpose to all the fighting, but  I was still kicking butt and therefore happy. The occasional mini-game of beating up cars and busting barrels kept things light and were a welcome break to the routine, but the whole thing got a little stale after not more than a few hours.  The multiplayer gave a bit more interest when I could go up against my friends, but the limited number of others with a  3DS really cut into that experience. Overall, when it came time for Dead or Alive, I was more than happy for something new to try. 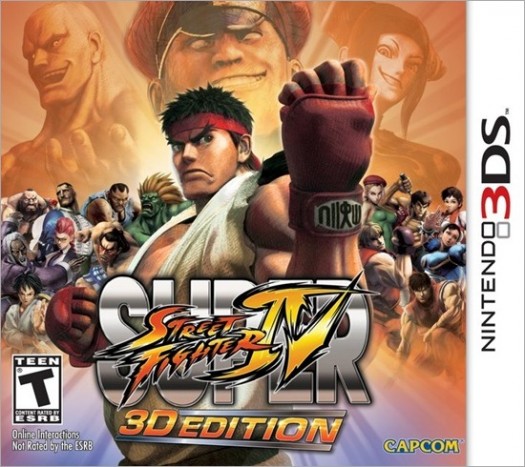 So far Dead or Alive: Dimensions has not given me any reason to complain. The single player mode offers you in-depth story lines and character backgrounds through cut scenes and training sequences, making sure you’re getting better as the game gets harder. I did at times wish I was in control of which characters I was playing as, but going through each characters story line has been rather interesting, so I’m okay with it. I still am only halfway through all the chapters, and genuinely want to keep going, to keep learning more and to keep unlocking all the fun outfits and characters to take on my friends with in the multiplayer section. 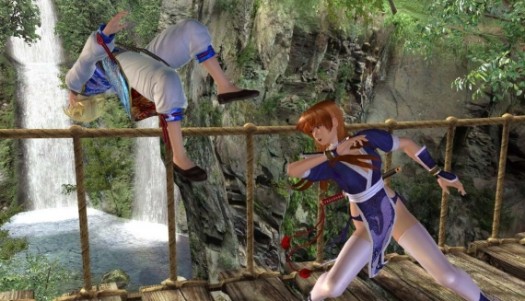 Keeping on with the comparisons, another main factor in the worth of the games were their ability to fully take advantage of the 3D capabilities of the new system, because really, that’s the whole point of the crossing over. With Street Fighter IV I was presented with the fun over-the-shoulder view for the fighters, adding an interesting layer to the games visuals, but in the most part, I still felt like I was just looking at a flat screen. Dead or Alive, however, added depth into their layers, not so much in the popping out coming to get you way that most envision with 3D, but with making it look like the layouts really kept on going back into the screen. Last but not least, let’s not forget all those characters and their jiggling, which have only gotten worse, or better if that’s how you want to look at it, with the added depth and definition to all the girls’ curves. 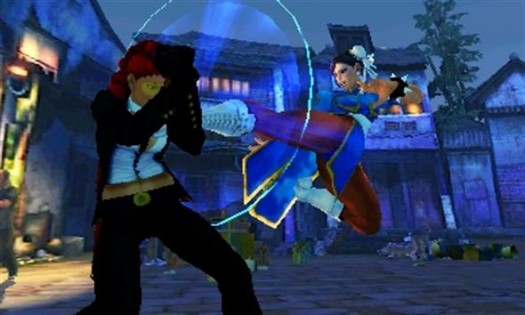 All things considered, at the end of the day, I put in my Dead or Alive and take out a bit more in my single player mode, but when I’m out and about, Super Street Fighter IV: 3D Edition seems to be more popular among the masses to battle with. Both games do have their merits, but for me, Dead or Alive: Dimensions was worth the wait and now has my full devotion.