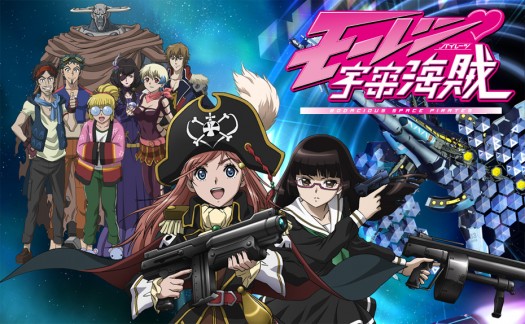 Any anime that allows itself to be dubbed Bodacious Space Pirates in English would easily be scrutinized; after all, no one has used the word "bodacious" since Bill & Ted went on their last rockin' adventure in the 90s. The title will be forgiven, though, as this new anime series based on Yuuichi Sasamoto's light novel series has plenty to like.

Taking place in the not-so-distant future Bodacious Space Pirates follows young Marika Kato, who recently discovers that her mother and recently-deceased father were legal space pirates. Upon the father's death it has been revealed that his next of kin is to take his place as captain of the ship Bentenmaru. Worried that she might not be for the part Marika finds herself surrounded by those who knew her father well, as well as those who wish to either protect or harm her. One of those who wishes to keep her safe is Chiaki, a mysterious transfer student who has a sweet tooth for chocolate parfaits and explosives. 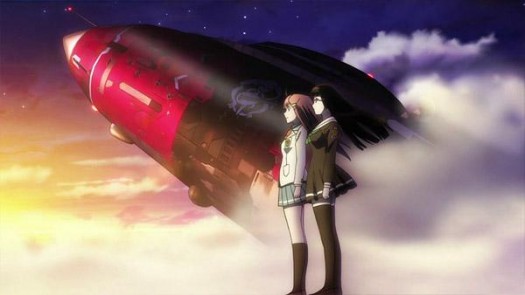 The Bentenmaru's Helmsman Kane McDougal finds himself in the position of being both Marika's homeroom teacher and advisor for her yacht club. It is in her club where she finds her natural knack for battling off cyber attacks on their ship the Odette II, and after a test run of the ship with her club members she discovers that within her is the urge to sail amongst the many stars. One question still remains: will Marika have what it takes to be captain of the Bentenmaru, or will she soon find herself walking the plank?

Surprisingly, for a show with a plethora of female characters, there is practically no fan-service to be found; a nice change of pace considering all the moé series that have suffocated the anime industry these past few years. What we are treated with is a nice coming-of-age tale about a young lady destined for a life of adventure. All the characters are likable, as the only guy who seems to be around Kane isn't a pervert and the tsundere character Chiaki easily shows her sweet side when given something tasty. The cel-shaded animation is run-of-the-mill, but it's quite colorful when it needs to be; the CGI ships are beautiful, looking like something from the latest Mass Effect game. 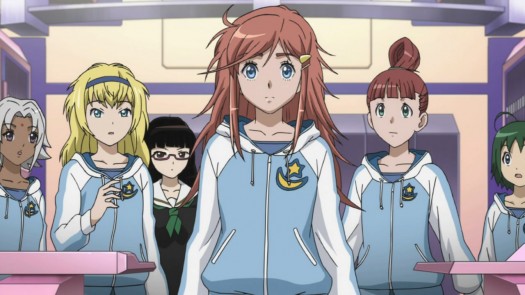 The strongest component in Bodacious Space Pirates has to be its score, created by production brand Elements Garden. It sounds as if the company did its homework, using classic Celtic music for the calmer areas of the series and strong orchestrations for the more intense scenes. Its opening theme, humorously titled "Bodacious Space Symphony's Movement VII: Infinite Love," has the voice actresses singing the stereotypical stuff about love and wishes that you find in just about every anime about girls, only this time it has Marty Friedman to do the guitar part in it. (Yes, that Marty Friedman!) The voice acting's pretty good, though it's what you'd expect for a series about anime space pirate girls.

All in all, after watching the first three episodes, Bodacious Space Pirates is turning out to be more fun to watch than I imagined it would be. The characters are believable, the animation's pretty good, and the music fits well with what's going on onscreen. It probably won't bump One Piece off the top of your Favorite Pirate Anime list, but there is smooth sailing for those looking for some good space pirate adventure time. Now to wait for someone to turn I Was Kidnapped By Lesbian Pirates From Outer Space into a cartoon...

Bodacious Space Pirates can be viewed on Crunchyroll.