Posted 9 years ago by freelancer

With the newest of the beloved Just Dance series finally making it out from Wii-exclusivity, I was able to give it a try with my Kinect for the 360, just as the sequel to the Kinect dance hit Dance Central hit stores. With both dance games sitting on my shelf beckoning, I was hard pressed to decide which of the pair would reign as my number one dance game of choice.

I admit that right off the bat Dance Central had a strong lead with the option to import all of the songs from the first Dance Central with the use of the code provided in the first game, making the two into one super game, a feature Just Dance couldn’t provide me with due to this being its first Kinect-ready title. Both titles provide the option of downloading songs from the market place individually, which is nice, but something I haven’t felt willing to spend my Microsoft points on yet. 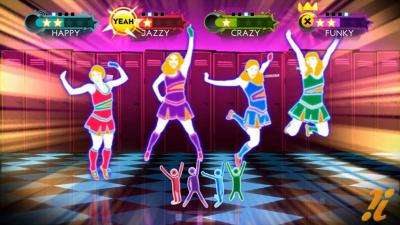 Download options aside, Just Dance does lead with a larger song-base to start with. However, I found myself only play a few of the gems in Just Dance like LMFAO’s “Party Rock Anthem” or Duck Sauce’s “Barbra Streisand”. Dance Central may have a smaller selection, but they will it with more hits and a better quality of songs, new and old. During parties with my friends we definitely give Just Dance it’s due time for its multiplayer possibilities, but Dance Central always works its way back in for our loves of it’s songs.

As far as actual gameplay and being sensitive to movement, Dance Central continues to pull ahead. When playing Dance Central it will tell me when any part of my body is about two inches off anywhere, while Just Dance doesn’t tell you where you are messing up, just that you are, but also doesn’t seem to have adapted to the Kinect well. Just dance was made for the Wii originally, focusing all of its motion capture on the hands, which it still seems to do, even with the whole-body capabilities of the Kinect. 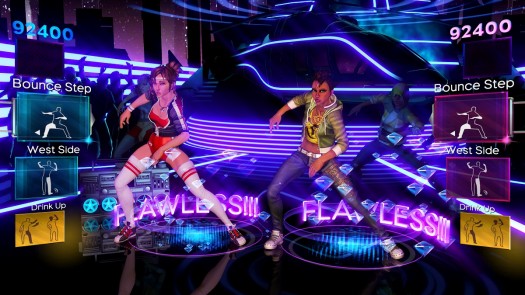 One place where Just Dance leaves Dance Central in the dust however is multiplayer. This is the first time Dance Central offers multiplayer, and it is limited to two people only. Just Dance however has always had a wide multiplayer and can be up to four players. Just Dance also features a kind of open multiplayer where at any point in the song you can simply walk into the Kinect field and it will add you to the game. Dance Central will need to pause and sign you in to play, not nearly as smoothly.

Both games feature a workout mode meant to promote being active. With Just Dance you will collect sweat points to show off how long you’ve been at your workout, however these points don’t earn you anything and go away once you exit workout mode, making a rather small victory. Dance Central offers pre-selected dance playlist for different levels of workout, in which they track your time spent and calories burnt, which you can go back and view later, making it feel like a bigger accomplishment, and keeps you active by not having to select a new song each time.

One feature that Just Dance holds that you won’t find in Dance Central is the create mode, where you make your own dances to the songs in the game, or tweak the ones already there. This feature seemed really cool at first, when I went to try it out, half the time I found myself lost for dance moves and simply copying what had already been there. Maybe for a more creative dancer this would be fun, but I play these games because I can only dance with someone telling me the moves.

The final feature that really sold me on Dance Central over Just Dance was its ability to create your own playlist of songs to play through. Of course everyone has their select favorites when it comes to dancing games, and to able to store them all together and not have to go searching in between each one is a convenience I really enjoyed. Now I have all my hits like Lady Gaga, Rihanna, and La Roux all together, just waiting for anytime I want to play.