I've been a follower of the Duke Nukem franchise since its 2D, orange-skined days, and the news of Duke Nukem Forever finally reaching our gaming consoles sounds too good to be true. Lo and behold, Duke is here and in the CGI flesh. Has it been worth the thirteen-year wait? In two words: FUCK YES!!!

At PAX East today I managed to get hands-on with Duke Nukem Forever at the 2K Games booth, and managed to play two levels within my twenty-minute limit. The first level, an intro of sorts, is kind of an intended joke. You start by pissing in a toilet, followed by drawing genitals on a nearby whiteboard. Once the game finishes (intentionally) bullshitting the player you're thrown right into the madness, thanks in part to a nasty missile-launching cycloid with a low tolerance for pain. It took me a few minutes to figure out where the hell the extra ammo in the level was, however, and wound up dying a couple times because of my sheer stupidity. After a few tussles I took down the beast, and kicked his eyeball for a perfect field goal. Insert a little joke about how long it took to make the game, and the demo continued. 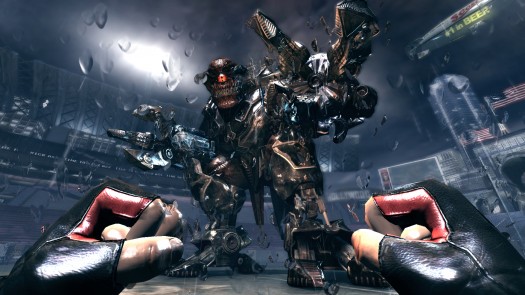 The other level I had the chance to try out had me start out driving Duke's monster truck, and unfortunately I had some difficulty trying to steer the vehicle. Maybe it was because Duke Nukem Forever is still in its development stages, but I kept on flipping my truck over every time I tried to steer the vehicle to the left or right. On the plus side running over pig beasts was tons of gory fun, until my vehicle ran out of gas. I then had to jump out my vehicle, blast some more pigs and blow up a spaceship with a good ole RPG. Unfortunately it was at this point where my time limit had ended, and it was time to let someone else play.

Fortunately I managed to have a quick chat with Gearbox Software's Marketing Coordinator Adam Fletcher, who he himself couldn't believe Duke Nukem Forever was finally being released.

"It's going to be one of the most awesome games ever," said an enthusiastic Fletcher. "It's the king of Vaporware...'Wired' came out with their little list, and [Duke Nukem Forever] was number ten for old time's sake."

In response to Gearbox picking up the game Fletcher made it clear that, for the most part, it was still 3D Realms' baby.

"This is the game that [3D Realms] wanted to bring out. It's got the flavor and everything that make Duke that they wanted to bring, and the guys at Tryptich who kept it alive by working out of their garages and then us helping them bring it out. It is that 3D Realms vision, and we're really excited to bring that out." 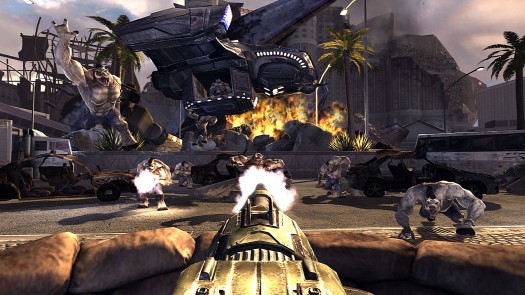 So what can gamers expect from Duke Nukem Forever this year?

"They will expect a fucking ride!" exclaimed Fletcher. "It's going to be freakin' awesome! It's Duke Nukem, and it's got the badass one-liners and action...It's a popcorn shooter!"

So far the game is looking great, and with its May 3rd release date it is safe to say that Duke Nukem Forever is going to be one of this year's best titles. After all, you can always bet on Duke!