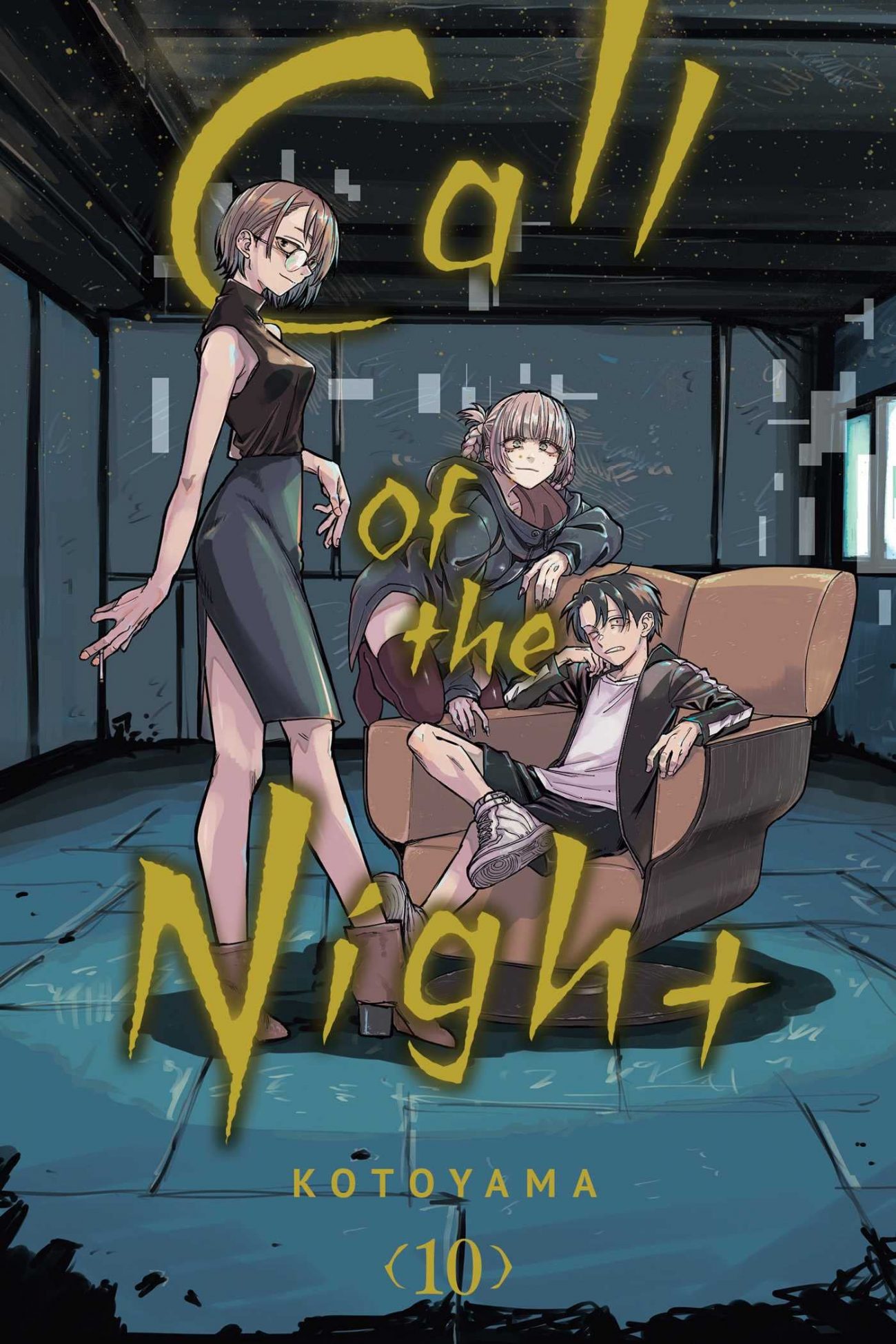 Emotions run wild in Call of the Night. Love, lust, joy, hate, spite, anger, sadness, and fear play into the mix of the lives of Ko, Nazuna, Kyoko (AKA Anko), and every other night owl in Kotoyama’s series. But I wasn’t expecting a full-on TED Talk on how these emotions work, especially one that’s true-to-science. And yet, at this point, I shouldn’t be surprised by how Call of the Night keeps surprising me.

Leaving off where Volume Nine ended, Nazuna and Kyoko are still in the midst of their Halloween battle. Ko shows up in the nick of time, revealing that Kyoko’s plan has been to be killed by Nazuna. It’s a strategy that would’ve made the vampire population fully revealed, as it was the only way Kyoko could put a stop to them. What begins as an anti-climatic ending to a battle pivots towards Kyoko’s failed suicide attack, with Ko earning himself a fresh gunshot wound in his stomach. 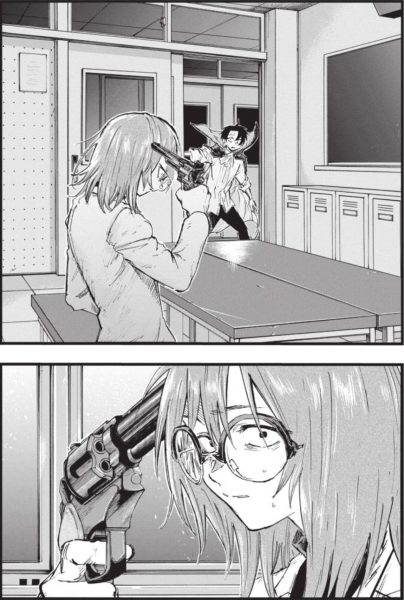 That’s where the strange thing happens. In less than a day, Ko is fully healed without even a scar. He and Nazuna are confused, as there’s no reason why the human should be fine. Only Kyoko, who had spent ten years digging up info on vampires, holds any sort of information on why that is. And man, is it ever a doozy!

I appreciate Kotoyama going the route of “vampire science for dummies”, because Call of the Night jumps through many scientific hoops to pinpoint the reason behind Ko’s health. Yet again, it adds a new kind of lore to the world of vampires, as Ko’s love for Nazuna had something to do with him surviving. Alas, the sighs of relief are drowned out by drunken rants from Kyoko, who pushes Nazuna and Ko to do the dirty deed and just be a couple. (For the record, I would feel the same, but that’d probably spell the end of this manga.) 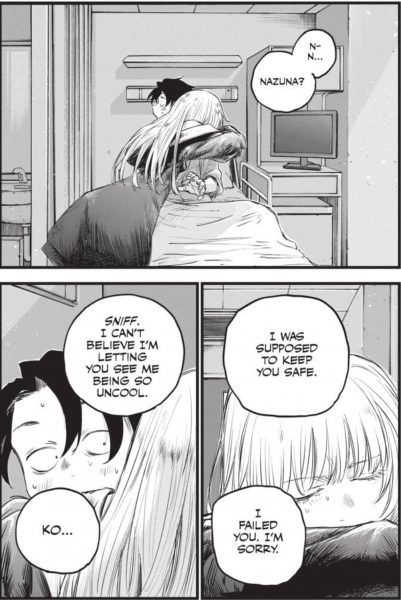 Now that Nazuna & Ko are buddy-buddy with Kyoko, a new plan begins to arise, and it involves Kyoko’s past. Although her vampire hunting days are over, Ko still wants to find the reason why she spent a decade killing them. And the only one who can fill them in on the situation is the very person who started it all: the vampire who turned Kyoko’s father. And it appears that the culprit is a familiar face!

From one end of an arc to a new beginning, Call of the Night delivers plenty of great character development, hard-hitting emotion, and some solid laughs. While not a perfect volume, the narrative keeps finding ways to make Ko and Nazuna’s lives very interesting. Now with Kyoko seemingly in their corner, perhaps the two of them can enjoy some quiet evenings together. Then again, knowing Kotoyama, the next bout of trouble will no doubt come sprawling out when we least expect it!