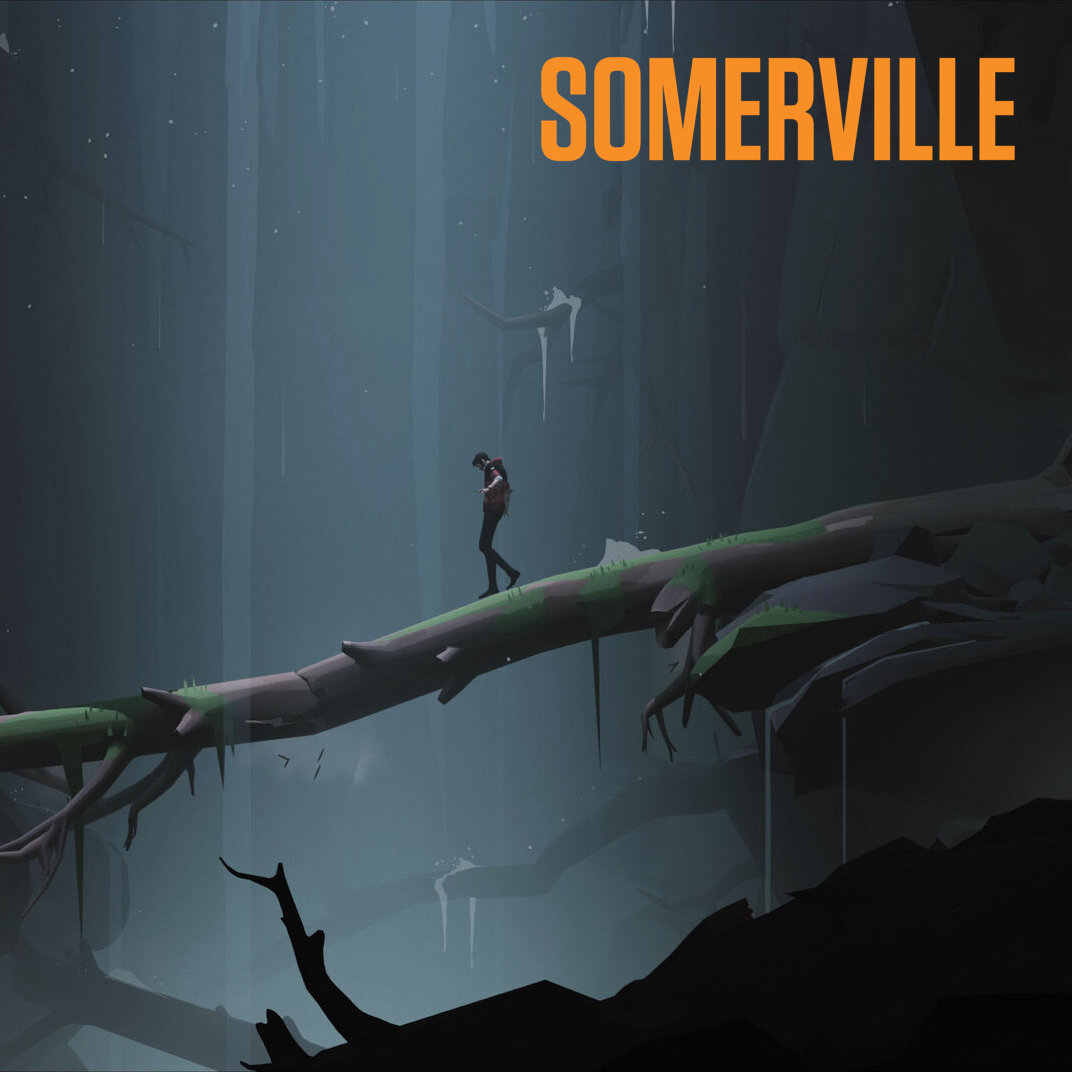 As co-founder of Playdead, Dino Patti had already made a name for himself in the gaming realm. The “say less, show more” approach to his titles helped to make the likes of Limbo and Inside household names. Now with the new development studio Jumpship under his belt, Patti aims to bring that style of storytelling to a different level. Somerville, the studio’s debut title, is the end result, but does it deliver as memorable of an experience as Patti’s predecessors?

Told with no dialogue at all, Somerville follows a man seeking his family. After an alien invasion destroys his home, the man finds himself with the power to destroy objects and obstacles. With his dog on his side, the man seeks answers as to why aliens are attacking, and where exactly his wife and son are. But the deeper he goes, the more the threats start to follow.

Where Somerville gets it right is in its tone. Throughout the game, the man is constantly wandering around, seeking answers and trying to find his family. There’s no rhyme or reason for why all of this is happening, causing him to feel at loss in his current predicament. Worse, with every new area he enters, the grimmer things appear to be.

There’s a theme of marching towards a lost cause that’s prevalent throughout the game. Although the man has his dog by him side, there’s a good chance that the four-legged pal might be his only family met. Nary a clue or feeling is within this character that gives him any hope that his family is alive. On top of that, without any sign of survivors, there’s no way to know where any sort of sanctuary is located.

All this unnamed hero in Somerville can do is keep on moving, as he uses his new powers to solve puzzles and clear areas. One power allows him to liquify & destroy; another solidifies and builds. (There is a third, but it’s not exactly clear what that one does.) In some cases, he’ll have to clear roads, push mine carts, and even swim deep areas to reach other areas.

When an alien threat is on the screen, that’s where the game shows its true strength. The tension that fills the room is thick enough to cut through, as you attempt to sneak or run away from the robots. If you’re caught, you die, forcing you to go back to the last checkpoint. It’s in a chase during the third act when the tension reaches a true survivor horror-like level, as you are forced to keep on running until you’re close enough to being rescued.

However, it’s a shame Somerville doesn’t have a lot of those sorts of moments. Most of the time, the man roams around from place-to-place as he tries to seek his next destination. With that being said, these threats often do come around when players leave their guard down, resulting in a decent jump scare here and there. (An area where you can’t even make a sound while escaping is intense, in a similar vein as the 2018 film A Quiet Place.)

Another issue that’s apparent is how little the puzzle-solving aspect of the game occurs. Most of the time, you are simply opening doors and gates, on top of either liquifying or building areas to enter or climb. Once in a great while, there’ll be an area that’ll require some outside-the-box thinking, but it’s rare.

Then there is the narrative in Somerville. Although it does a great job shrouding the situation in mystery, the payoff in the end (no matter which ending you get) isn’t as strong. The four-hour journey is by no means disappointing; it’s the destination that might make some shrug their shoulders in confusion.

When Somerville turns up the intensity, it’s a terrific experience. However, when things are too quiet, it can be hit-or-miss. For Jumpship’s first game, Somerville certainly shows what sort of potential these developers have for the future. However, it by no means doesn’t reach the same heights as Playdead’s impressive library.

Promotional consideration provided by Jeffrey Matulef of Plan of Attack. Reviewed on the PC via Steam.