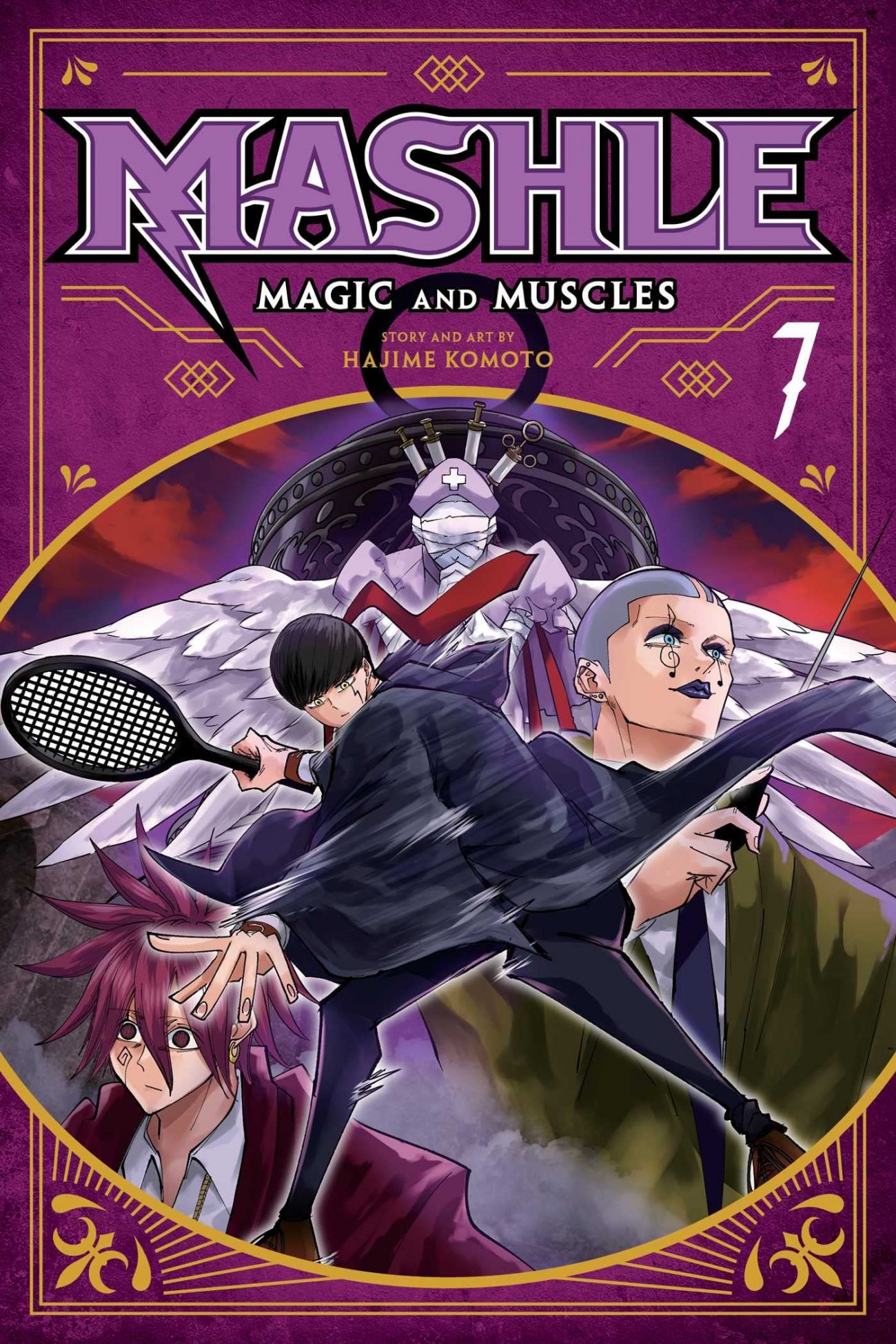 Before we start our latest review of Mashle: Magic and Muscles, how’s about we prep a quick muscle shake? 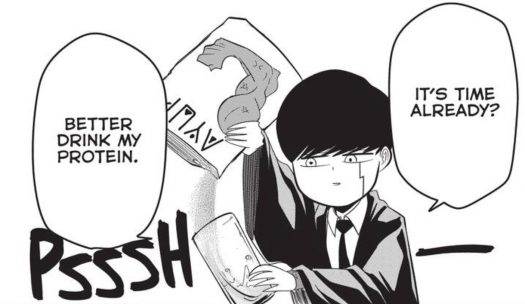 Ah, that’s some good drinking! Anyways, last time we left Mash Burnedead, he was in the midst of protecting Finn from being beaten by Carpaccio Luo-Yang. Since Mash can’t use magic, he has to pull out all the stops to keep Luo-Yang from taking Finn’s Life Crystal. That’s when Mash pulls out the ultimate weapon: an iron stick! But it’s no ordinary iron stick, that’s for certain!

What follows is one of the most WTF moments in shonen manga history! Using his strength, Mash “transforms” the iron wand into the perfect weapon for his current fight. It becomes a new kind of match, one that would aid in making Mash Burnedead a future Wimbledon champion…if Ryoma Echizen didn’t have a say in it. It results in a conclusion that leaves Mash feeling mighty peckish, as he walks into the locker room and begins monologuing to nobody except the fourth wall. 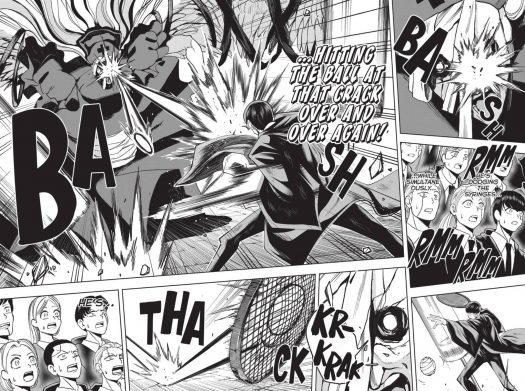 These moments in Mashle showcase why Hajime Komoto’s story is peak gag manga. While there’s plenty of seriousness in the story, it’s all padded out by the silliness that’s on display. The fact that Mash Burnedead has survived fights that would’ve killed Harry Potter a thousand times over shows why he’s the true MVP of fantasy magic stories, despite him lacking a single ounce of magic to begin with! Yes, it’s wacky as hell, but there’s plenty of heart in said wackiness.

An impromptu game of “You Look, You Lose” with Divine Visionary Kaldo Gehenna gets him ready for his match with Macaron. The battle lines are drawn, as the woman with magical music sets out to destroy Mash in a pitch-perfect outing. At the speed of sound, the fight showcases the magical tenacity of Macaron and the strength of Mash. Punches are connected, eardrums bleed out, and even a little youthful magic is enacted so Macaron can go full power. 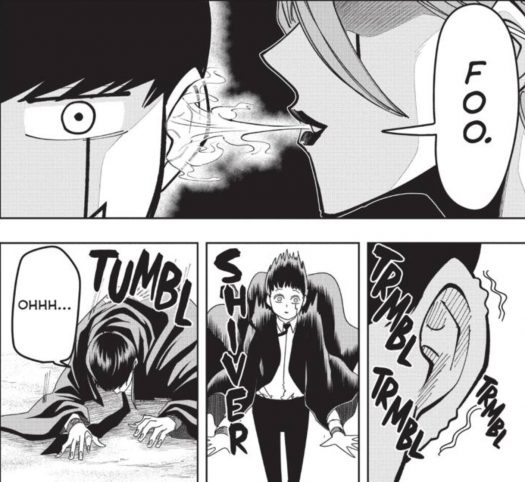 Thankfully, it appears that Mash has been reading Dr. STONE in his spare time, as he uses the power of science to defend himself! It reaches a truly bonkers level of insanity, as the two continue to battle to the breaking point. As an ominous bell hangs overhead, Mash has only a couple of chances of getting out of this match alive. That’s when Mash brings out the big guns, reaching speeds that’d make a certain blue hedgehog envious.

Volume Seven of Mashle: Magic and Muscles delivers more hardcore action and wonderfully wacky comedy. Every opponent of Mash’s has been formidable, but with the combination of smarts and strength, the cream puff-loving fool overcomes every adversary! With another match checked off, Mash can take a breather to relax an— 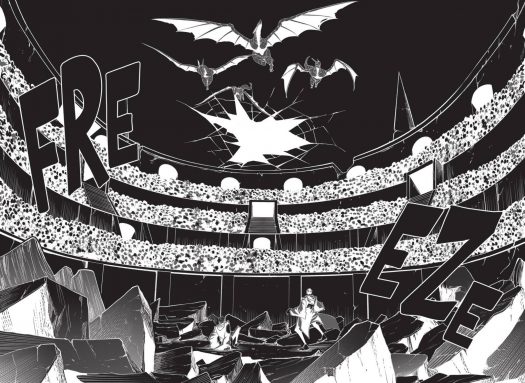 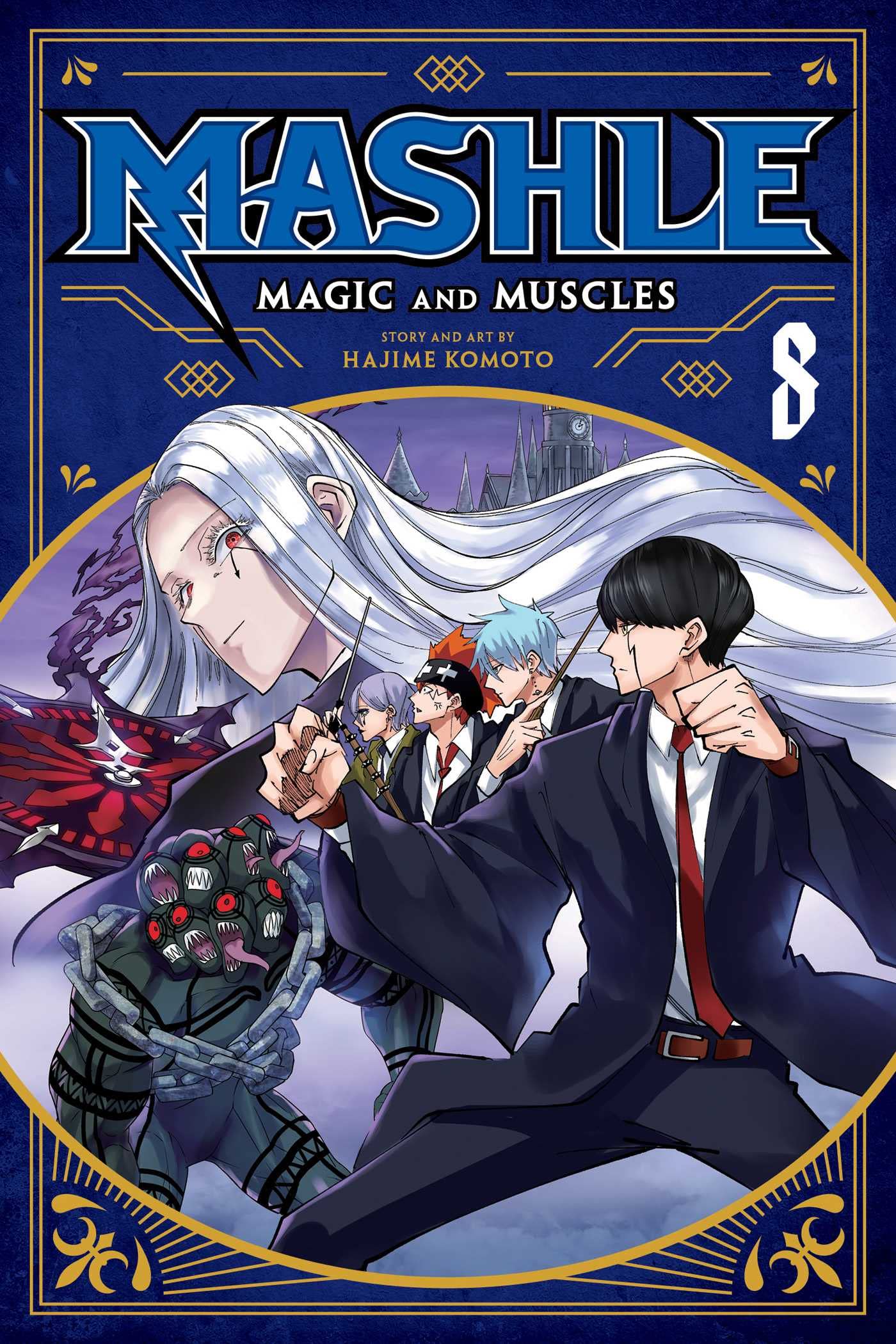 Dammit, Mashle! Can’t we just have one single day without everything going into complete chaos?!

It’s not your fault, lad. If anything, blame your creator Hajime Komoto. Then again, we should also thank him for throwing everyone into this madness. After all, it did lead to Volume Eight being the best one of Mashle yet!

Innocent Zero appears, and Headmaster Wahlberg takes the lead into saving the magic academy. Dot, Lance, and the other magic users charge into battle, with nary an enemy running towards Mash. So the muscular boy takes the fight into his own hands…or perhaps we should say his legs. After some good cardio exercises, he comes face-to-face with the foe on top. Sadly, poor Mash can’t remember his name, and neither could this reviewer! (For the sake of the rest of this article, I shall call this foe “Thorny Creampuff”, for obvious reasons.) 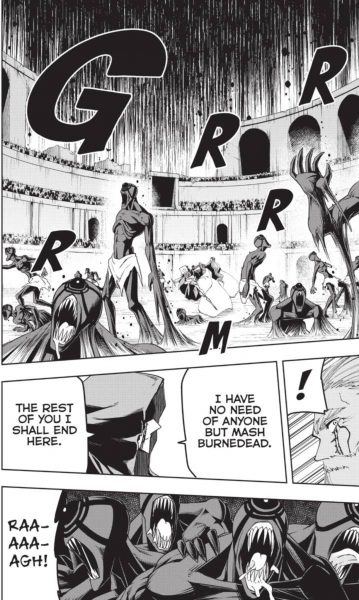 Might versus magic plays a bigger role here in this volume of Mashle, especially from Wahlberg’s perspective. A flashback of his life shows that he was bedridden for most of his childhood. It’s all thanks to his mentor Adam Jobs that he found a place in this world of magic, with his kind gesture an influence on why Wahlberg helped Mash out in the first place. Of course, the sight of his body used as a puppet for Innocent Zero unlocks a level of anger deep within Wahlberg, as he fights tooth & nail to save the school and his students.

What this volume does best is showcase the balance of dark drama and slapstick comedy. In Mash’s fight with “Thorny Creampuff”, our hero uses his might, speed, and whack-a-doodle thought process to overcome his magic-heavy foe. Nothing fazes our hero, to the point where he attempts to take a nap midway through the fight to see if all of this — including his true origin reveal — was merely a dream. But when “Thorny Creampuff” pulls out the big guns, Mash comes up with a plan so kooky that it feels like a gag from a Bugs Bunny cartoon! 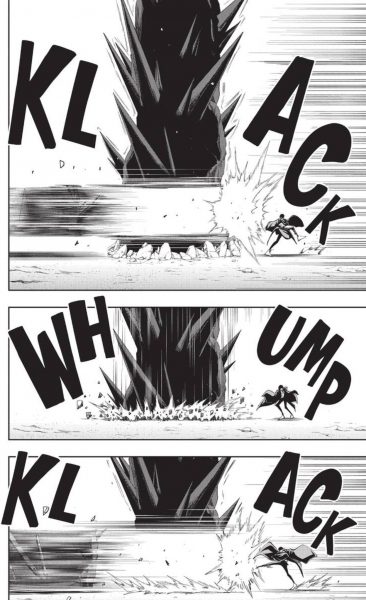 Meanwhile, Wahlberg’s fight with Innocent Zero is anything but funny. The level of intensity that’s on display is on a horrifying level, to a point where it feels like a totally different manga. Both magic users throw everything they got at one another, to the point where one of them practically goes over the edge to the point of no return. Yet with death staring down at him, Wahlberg still fights onward, as if he merely has a scratch rather than a bountiful of internal injuries.

It’s in the final chapter of this volume where the heart of Mashle is on display. Innocent Zero throws one more trick, with a massive monster attacking the stadium. Mash grabs hold of one of the monster’s chains, as everyone watches both in fright and in awe. Who was once scorned by his peers is now the only hope of rescue, with each student realizing why Mash is the academy’s best student! They all stand behind him, cheering the muscular boy on, in hopes that their cheers will give him extra strength. And then… 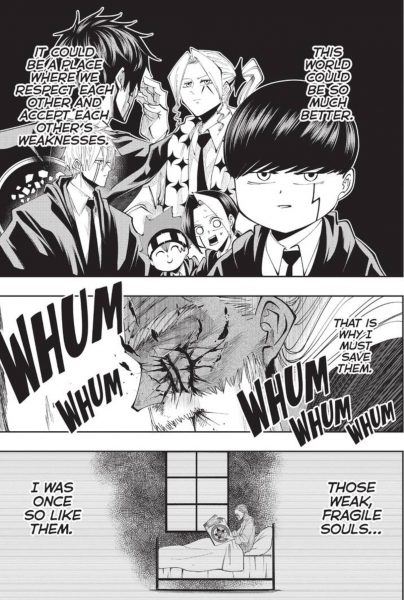 Mashle: Magic and Muscles goes all out in its eighth volume. It results in the best action and the most unexpected kind of humor yet. Rest assured, Mash Burnedead has earned his place in shonen manga history with this volume, as we bore witness to what kind of hero he truly is! Sure, Mashle messes around with magic lore, but it does so in a way that’s both hilarious and badass! 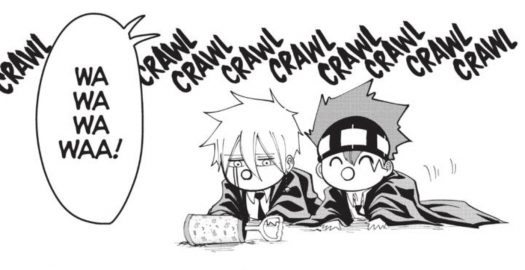