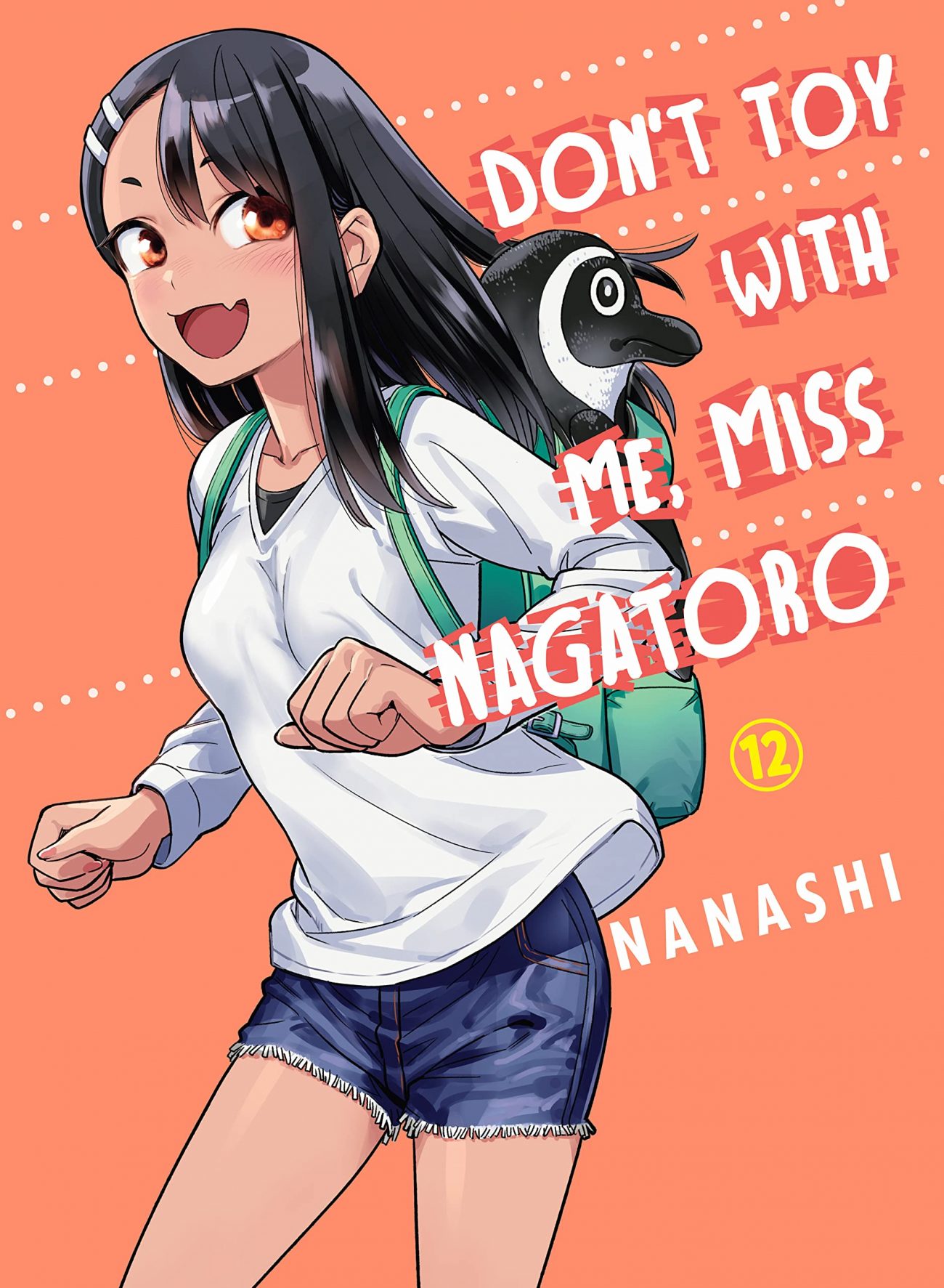 Senpai’s grown quite the pair, hasn’t he? In the last couple of volumes of Don’t Toy With Me, Miss Nagatoro, we’ve seen the scruffy-haired student embracing a new lease on life. He’s switched to contact lenses, taken up more judo, and even has given Nagatoro some much-needed advice. But asking Nagatoro out on a date?! Has Senpai been possessed by the spirit of Don Juan?!

Volume Twelve begins with mental preparations for Nagatoro and Senpai’s date. Yosshi and Gamo have a sneaking feeling that something’s up, what what Nagatoro’s attitude. The two decide to tail her and Senpai on their trip to the aquarium, as they claim they’d like to save Senpai’s virginity. Thankfully, Club President and her cousin Sunomiya are also not that far behind, as they aim to sabotage Yosshi and Gamo’s interference. 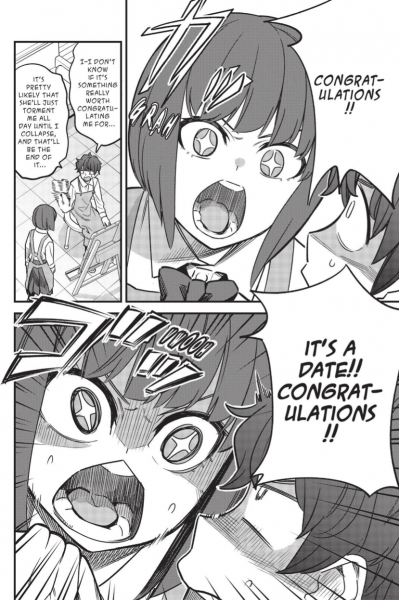 Nagatoro decides to grade Senpai on their outing, claiming that this is all for practice for if he gets to go out for real. The two have a wonderful time, filled with fish, penguins, and giant dolphin splashes. However, at the end, both Nagatoro and Senpai reveal the truth: they didn’t come into this as practice! But before things end on a high note, well, remember those pesky kids who were tailing one another?

Reading through those chapters of Don’t Toy With Me, Miss Nagatoro was a delight. It felt like a moment that’s been building up since the beginning. One can see in Nanashi’s art that Nagatoro is head-over-heels in love with Senpai…even though she’d punch me wavy tube man-styled if she actually existed and read this! While the date doesn’t end passionately, one can see that it’s a moment where both Nagatoro and Senpai have grown a lot. 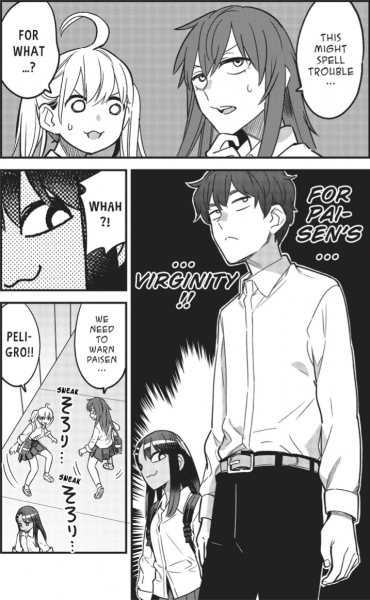 Said growth continues when Nagatoro and Senpai make bento lunches for one another. What almost becomes a mean-spirited prank from the catty one evolves into a dish made with genuine love and care. While the teasing aspect plays a major role in this series, it’s nice seeing that our titular character’s heart will outweigh her funny bone every time. As such, the bento chapters shows another strong-yet-funny leaf being turned in the lives of this couple-to-be.

But Senpai has a moment of worry when he sees Nagatoro with another guy. As he processes how he’ll deal with this possible ex-boyfriend, readers will see how Senpai’s evolution came to be. No longer is he the wuss that teared up when Nagatoro criticized his manga; he’s a Goddamn man! It all leads to a major reveal, one that takes Senpai by surprise. 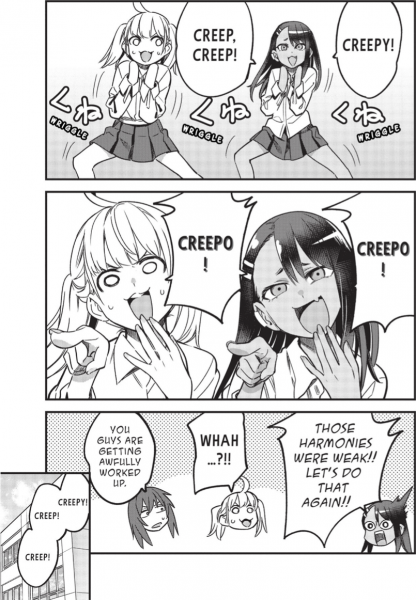 Don’t Toy With Me, Miss Nagatoro continues to evolve its characters greatly. Volume Twelve is a tasty blend of sweetness and spiciness, as it showcases all of the strengths of Nanashi’s manga in eight pitch-perfect chapters. I laughed, I cooed, and I cheered throughout the entirety of this volume, and I’m certain longtime readers of Don’t Toy With Me, Miss Nagatoro will do the same!