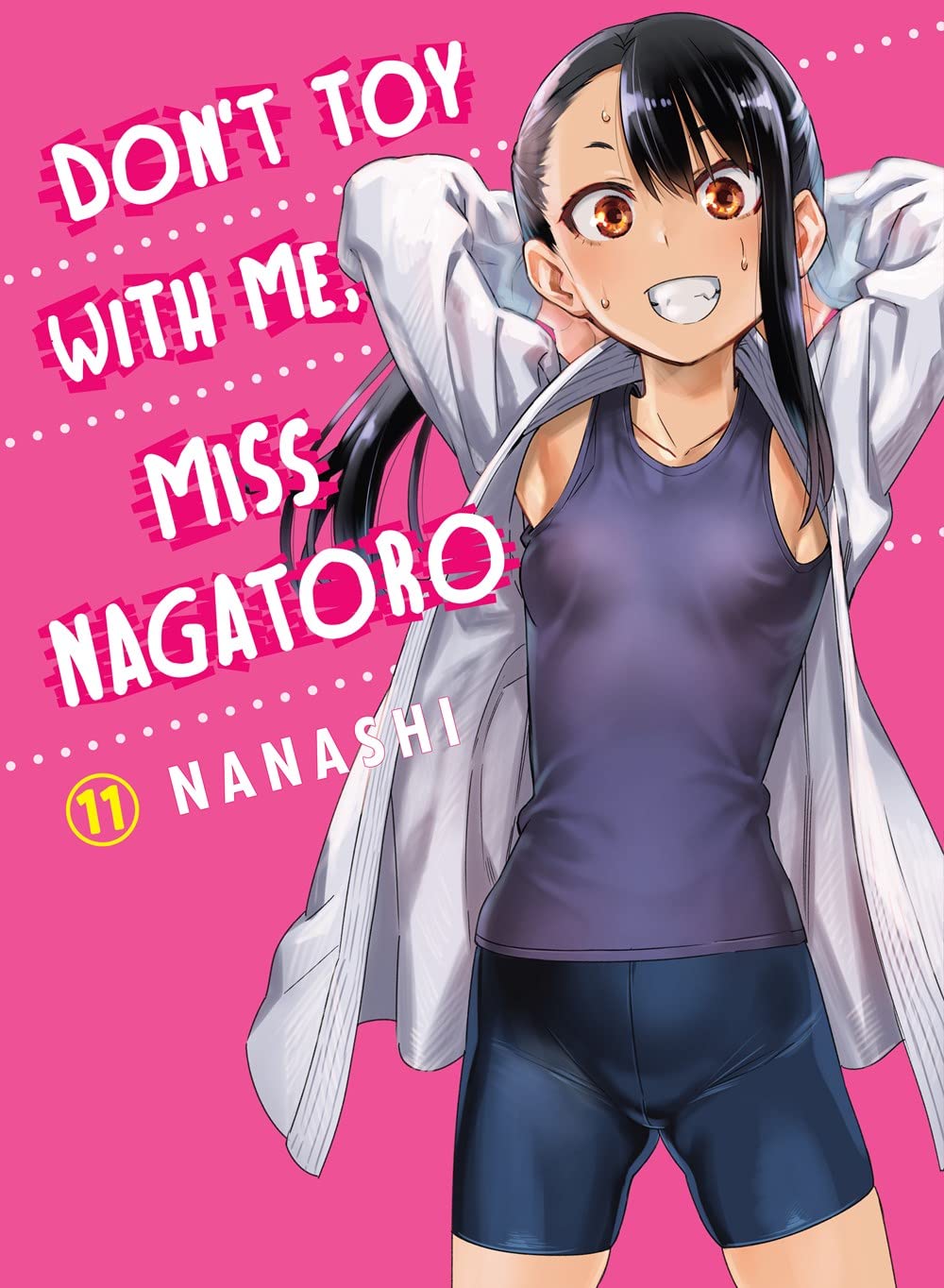 Many manga rom-coms like to progress at a snail’s pace. For Don’t Toy With Me, Miss Nagatoro, it would appear that Senpai and Nagatoro were already a couple only five volumes in. But on closer inspection, it appears that that’s not the case, what with Senpai’s cowardice and Nagatoro’s need to tease. Fortunately, someone manages to light a fire under their will they/won’t they relationship in its eleventh volume.

But first, going back to the previous volume, Senpai and Nagatoro each have a judo tournament to fight in. With both dealing with some impressive opponents — including an Olympic competitor — it becomes clear that neither have the confidence to seek victory. Fortunately, Nagatoro and Senpai have each other’s backs, as they say the right things (and vow to do something nice if they win) to step into their fights with heads held high. While the outcome doesn’t exactly end in their favors, it’s a moment that helps to blossom the relationship between these two. 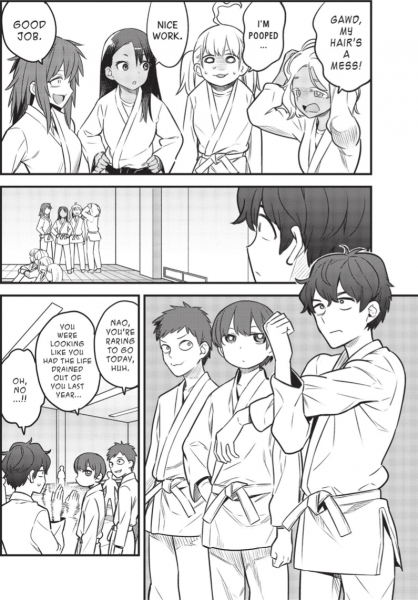 However, merely helping to blossom something doesn’t mean it’ll bloom. That’s where Suniomiya — the newest Art Club member and former President’s cousin — fits into the picture. With Nagatoro rejoining the Judo Club, her presence in Senpai’s life starts to dwindle. It leads to a conversation between Senpai and Suniomiya over what Nagatoro is in the senior’s life. A conversation between Nagatoro, Gamo, and Orihara also touches upon the importance of Senpai in the titular character’s life, with Nagatoro trying to avoid the subject at any costs.

That’s when Suniomiya plants an idea in Senpai’s head. Said idea is something that maybe should’ve happened volumes back, even if it seemed like it already did. Does Senpai go for the kill, or does he chicken out due to the fear of being teased by Nagatoro? Well…you’ll have to read it for yourself to see what occurs. 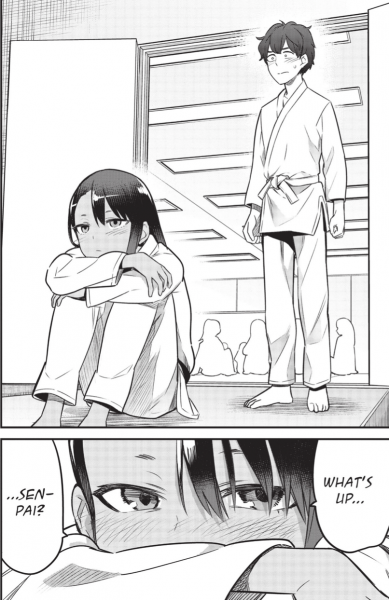 This volume of Don’t Toy With Me, Miss Nagatoro goes more into character development than comedy this time around. Although we’ve come to know these characters ten volumes in, it’s interesting to see the sorts of insecurities that Nagatoro has kept hidden from Senpai. For him to be the guy to help snap her confidence back into place is not at all surprising, seeing has she’s done the same for him. However, how it’s executed is done in a way that’ll make longtime readers smile.

As for how this volume ends, well I’m not one to spoil. All I’m saying is that it’s nice seeing Senpai use the backbone Nagatoro gave him to do something nice for her. But will anything progress in their relationship, or will Don’t Toy With Me, Miss Nagatoro lead us on to another round of jabs and teasing? I’m not exactly sure, but Volume Eleven seems to be leaning in one of those directions, and I’m looking forward to seeing how it’ll take Nagatoro and Senpai to the next level!