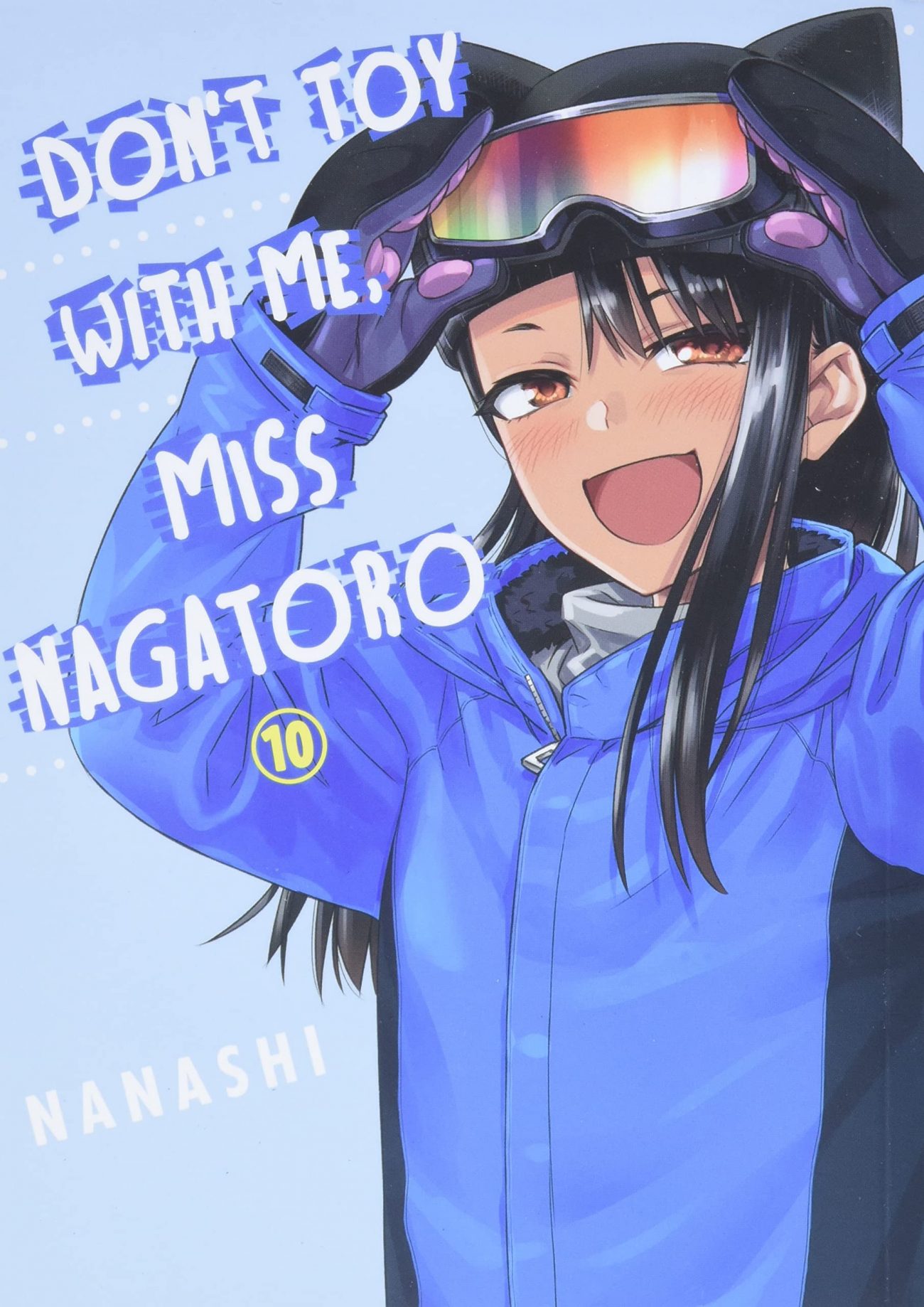 Readers of Don’t Toy With Me, Miss Nagatoro will know that Senpai is pretty damn vulnerable. He’s got a list a flaws a mile long, all of which are gleefully pointed out by our titular heroine. But as the series has gone by, each of Senpai’s flaws have been crossed out one-by-one, all thanks to Nagatoro’s willingness to help. However, in its tenth volume, Senpai might soon have a chance to return the favor.

But first, Don’t Toy With Me, Miss Nagatoro wants to have a bit more fun with Senpai, as a trip to a shine on New Year’s gives him an eyeful of Nagatoro in a priestess outfit. With terrible luck drawn, Senpai takes the initiative to invite Nagatoro to the local shrine, of which she’s somewhat surprised by his assertiveness. Senpai also gives a new look a try, as he tosses the glasses away for some contacts. Of course, being afraid to put them in himself, Nagatoro insists on aiding with her usual masochistic tone. 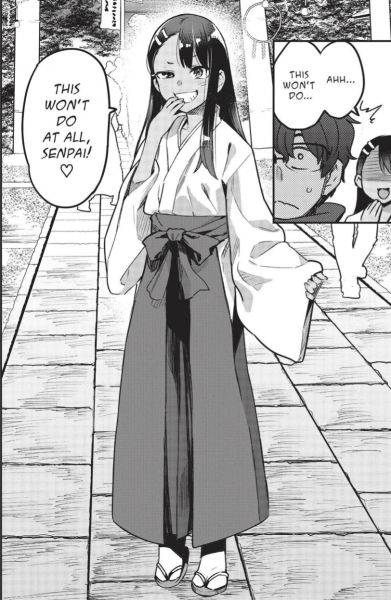 These moments showcase the amount of evolution Senpai has gone through these past ten volumes. He’s gone from being a person who keeps to himself to someone who likes to go out and have a social life, all thanks to Nagatoro. Although she can be a tease and a brat to Senpai, Nagatoro genuinely cares for his well-being, albeit without admitting to being in love with him. (That moment may soon come, though!)

Senpai and Nagatoro’s bonding is in full swing when they’re on a skiing trip. Despite the many times he falls or smacks into a snow wall, Nagatoro stays by Senpai’s side all the way through. Her teaching skills even give him a chance to somewhat play hero to a kid in danger, although Nagatoro swoops in to save Senpai when two skiers almost crash into him. Even still, Nagatoro is impressed that Senpai has taken what she’s taught to heart to help someone in need. 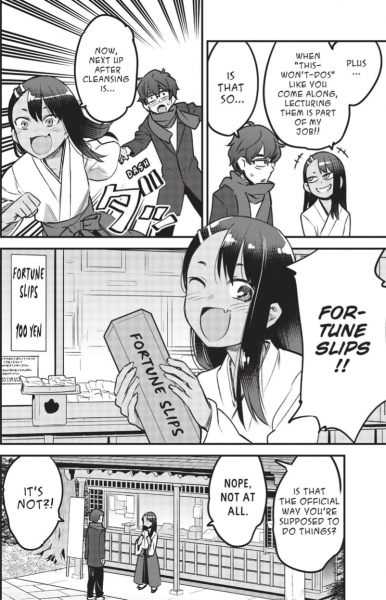 Which leads to what may happen next, as Senpai looks to train for an upcoming judo competition. Naturally, Nagatoro helps him out, only for Senpai to realize how much of an expert she is at the form of combat. Yet Nagatoro brushes off any interest in competing, as she reveals a bit of her past that’s been bothering her. Could this be the moment Senpai gives back to the woman who helped rebuild his backbone?

We’ll have to wait to see what’s in store next for Nagatoro. Until then, Volume Ten offers plenty of the classic laughs and character growth we’ve come to expect from these two oddballs. Little-by-little, Senpai grows into a much better person, while Nagatoro herself fins herself growing more fond of the boy she loves teasing so. But when the judo competition arrives, will Senpai be able to help Nagatoro? Only time will tell, but we already know that Don’t Toy With Me, Miss Nagatoro will deliver with something funny and sweet for the two of them!