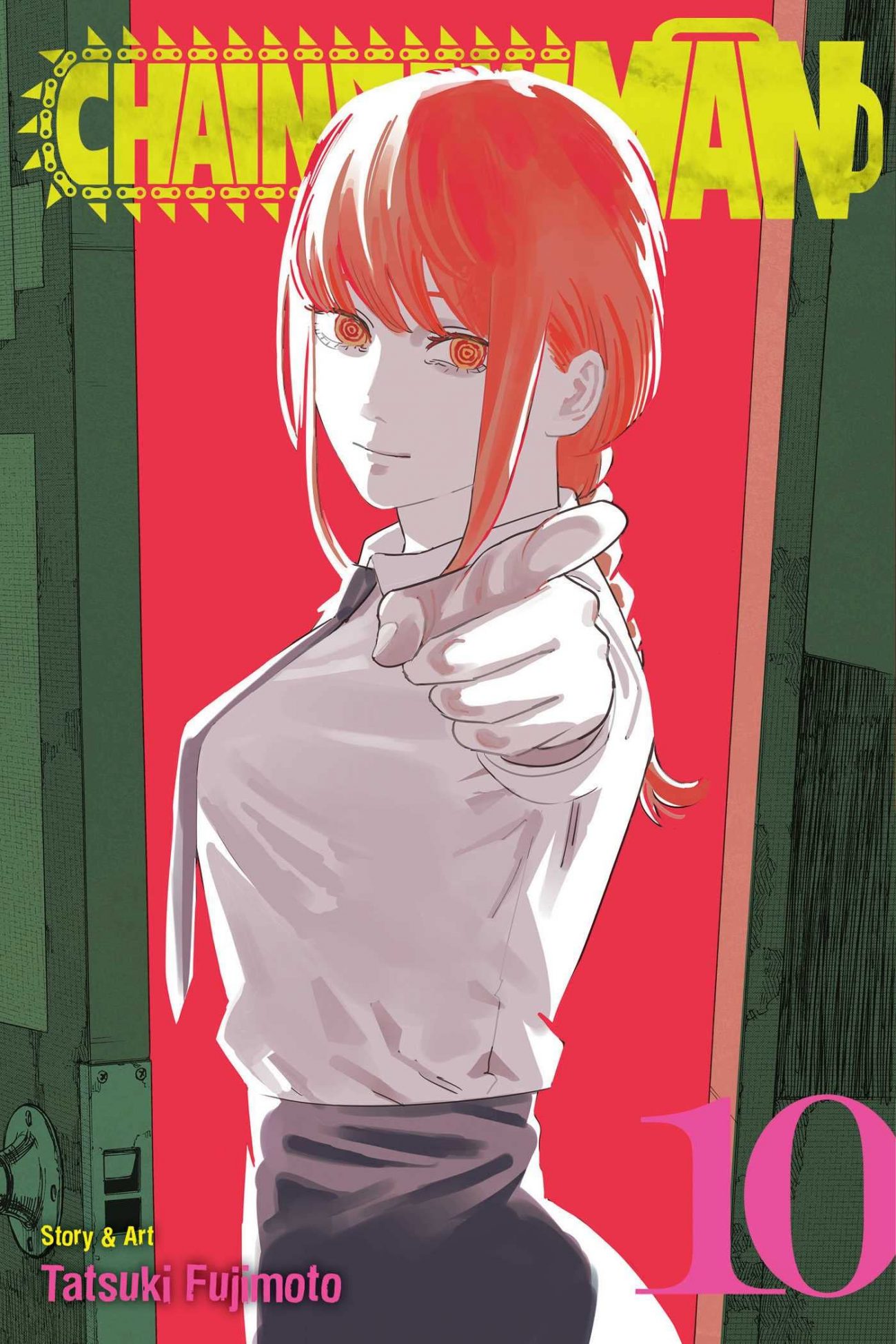 It appears that I was in the minority regarding Chainsaw Man’s ninth volume. What else could I say? After reading through what I felt was a rushed job regarding the Gun Devil’s arrival, Makima’s true nature, and Aki’s untimely demise, I felt like author Tatsuki Fujimoto was rushing to get the story finished. But when I least expected it, more fuel was added to its tank in its tenth volume.

Following the aftermath of Aki’s death, Denji and Power live one day at a time, with Denji riddled with guilt after everything that happened. He runs into Makima, who invites him to her place filled with fluffy dogs that make Denji happy. There, Makima offers Denji to grant any wish he desires. After everything he goes through, Denji reveals his wish to Makima: “I wanna be your dog.” 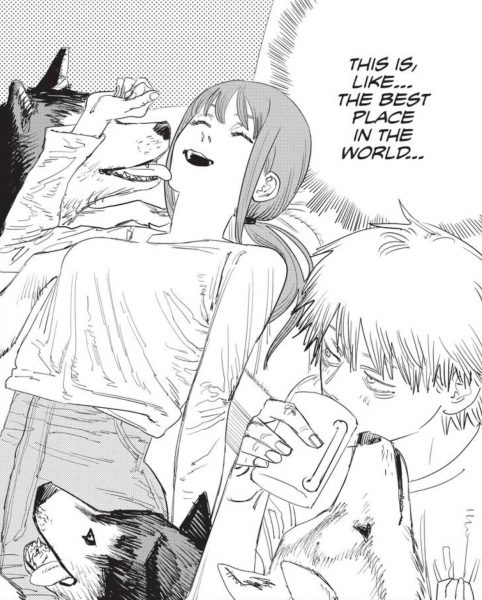 With that careless request, Denji’s world starts to crumble. Sure, it looks peaceful at first living without a care. But then Makima kills Power in front of Denji, leaving him suffering more over what’s now a big regret. What’s more, everyone is gunning for Makima’s head, as a heavily-armed squad attempts to kill the Control Devil. Unfortunately, Makima has Chainsaw Man under her command, and tells Denji to protect her at any cost.

The pacing in this volume of Chainsaw Man is very reminiscent of the previous one. A feeling of sadness overwhelms Denji and Power, and Makima comes around to comfort our anti-hero. But like what Makima did to Aki previously, she also does to Denji, all for a cause that seems to benefit humanity as a whole. Does it make a lick of sense? Not really, but that’s what crazy does to you: it makes the nonsensical seem plausible! 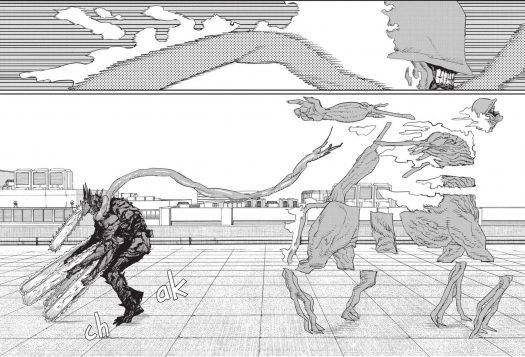 Fujimoto brings plenty of life to the battles showcased in this volume, with enough violence and gore that’d keep Katsuhiro Otomo on his toes. Chainsaw Man once again finds himself in Hell, only to make mincemeat out of everything that tries to take him down. But it’s what he does in the final panels of this volume that showcase just how far he’ll go to get a certain job done.

Those final moments seem to set up exactly what’s in store for Denji in the impending Chainsaw Man finale. All his life, he’s only known pain and sorry. And while Makima offered him a break from all of that, the fact she brought those feelings back to him just stings even more. (One doesn’t even have to dig too deep into the Jesus analogies here, what with Denji suffering so Makima can free the world of such a feeling.) 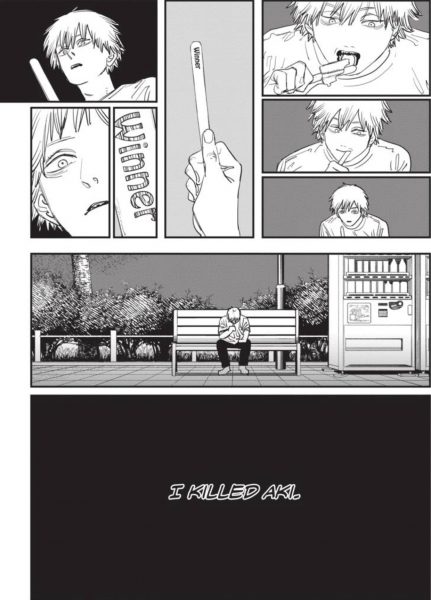 Chainsaw Man may have stumbled, but its tenth volume picks itself right back up! It goes deeper into the characters’ lores, not to mention deliver a high-flying level of action worthy of any Japanese grindhouse film. With only one more volume to go in what is considered “Part One” of the entire narrative, it’ll be interesting to see what will entail for Denji once the bloodshed takes a breather… 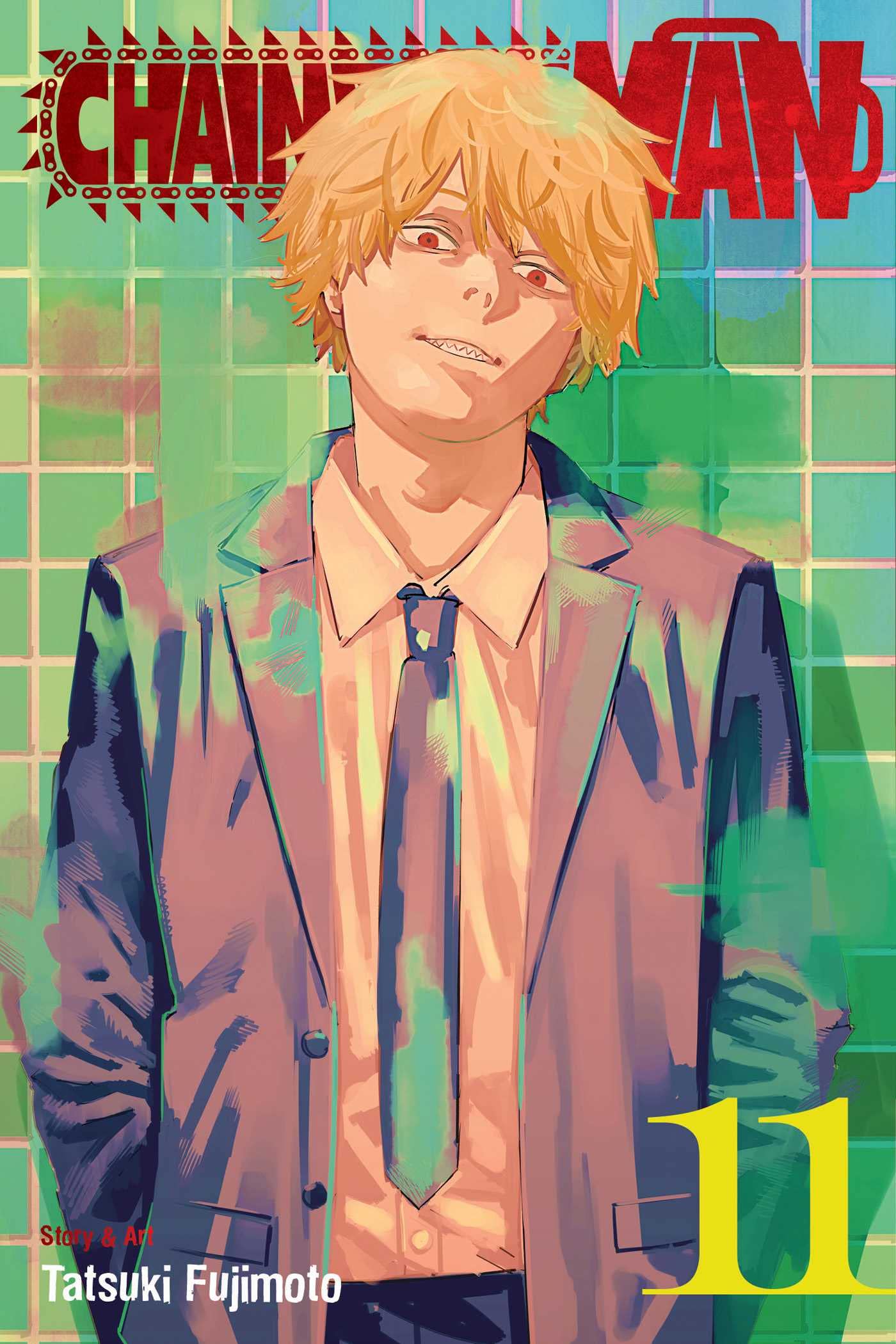 Let’s be clear: this isn’t the end of Chainsaw Man; it is merely the beginning. Dubbed “Public Safety Arc”, these eleven volumes have been nothing more than Denji’s origin story. Don’t get it twisted, it’s been an exciting origin story, but facts are facts. Gun Devil wasn’t the big baddie, nor was Makima, as the eleventh volume will show you. The fact of the matter is, we don’t know who the ultimate puppet master is, and that realization should terrify you!

Because as we see in this volume of Chainsaw Man, Makima isn’t one to just sneeze at. Her fight with Denji/Chainsaw Man has her pulling all sorts of tricks up her sleeve. Old villains, zombified allies, and even members of the general public are used to try to take Denji down. But due to Denji’s dumb luck, he’s got the right kind of people on his side: Kishibe and Power. 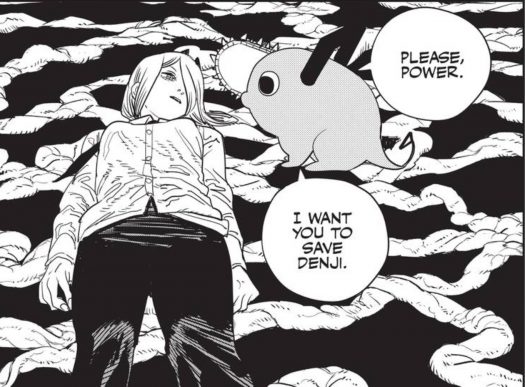 But wait, wasn’t Power dead? Well as most manga will show you, it takes more than death to keep an oddball down. Power makes a deal with Pochita, with Denji swearing that he’ll find her again once things finally calm down. Kishibe, on the other hand, would like nothing more than for Denji to never turn into Chainsaw Man again and simply disappear into the crowds. However, said crowds start chanting his name, and Denji realizes that he needs more in life than a simple breakfast. He wants steak, multiple girlfriends, and to endulge in acts of lust!

It all leads to Denji’s plan to finally take down Makima. What starts off as an act of chaos evolves into pure madness. Tatsuki Fujimoto’s art even reaches a point where everything is a bloody blur, with Makima and Chainsaw Man trading blows until one of them is down for the count. But before a TKO can be called, a sneak attack rewrites the results. Finally, Denji can breathe. 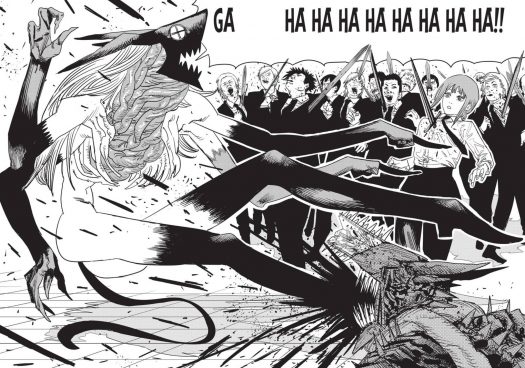 How Makima is finally disposed off will make some people wince. Then again, this is Chainsaw Man, whose whole attitude is made from the DNA of directors Lloyd Kaufman and Noboru Igicuhi. So it could come as no surprise that a solution would be as grotesque as, well, anything else in this manga. (Still, prepare a sick bag.)

Which then leads to how things “wrap up”, which I mean truly commence. A new Control Devil enters the picture, thanks to Kishibe’s detective work. Denji doesn’t have to kill this one; he merely needs to raise her right. So what now? Does Chainsaw Man become a tale of a parental figure protecting a child? Oh please! Denji has school to worry about, much less think about another mouth to feed. 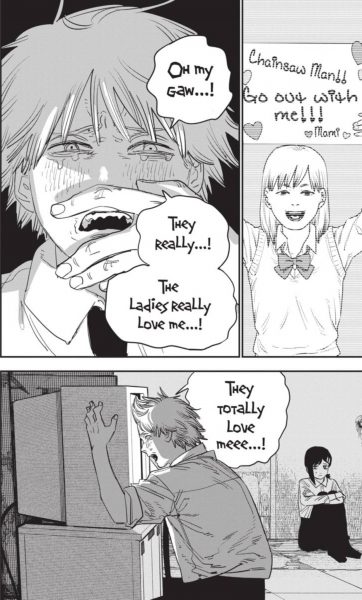 Thus concludes Part One of Chainsaw Man! Despite some of its flaws, Fujimoto managed to showcase one of the most entertaining (and gory) shonen series around. It broke the rules, made us laugh & cry, and delivered some of the most shocking moments in mainstream manga in the last five years. We won’t have to wait long for the next chapter of Denji’s life to begin, as the manga starts up again next month. But for now, let our hero relish on the sounds of the masses chanting his name!