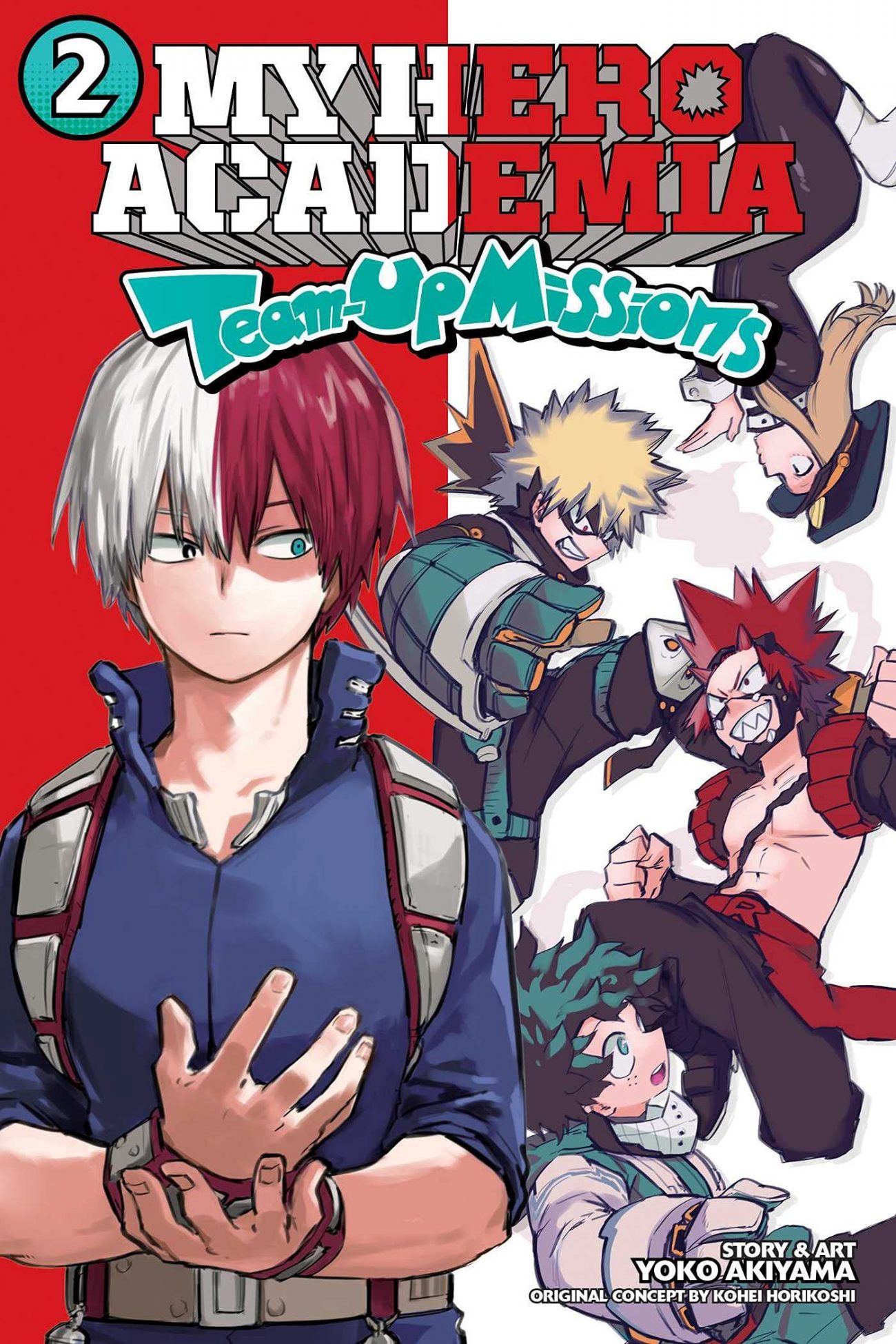 With its massive universe, My Hero Academia spinoffs are a no-brainer. But it all depends on their execution, with Vigilantes showing the strengths of such a potential and the comedic SMASH!! demonstrating its weaknesses. Team-Up Missions, brought to life by Yoko Akiyama, landed somewhere in-between in its premiere volume. Can it pick up the slack in its second outing?

Volume Two of My Hero Academia: Team-Up Missions follows the heroes and students as they attempt various exercises to better their skills. Deku, Tokoyami, and Kuroiro experience the dark abyss with the aid of Odd-Eye, while All Might takes some radio DJ lessons from Present Mic. Ojiro and Toru search for a lost kid in an island’s lost ruins, as Class B’s Monoma’s attempts to grill Class A winds up backfiring. Then a job entertaining at an amusement park goes south when actual villains arrive to cause distress. 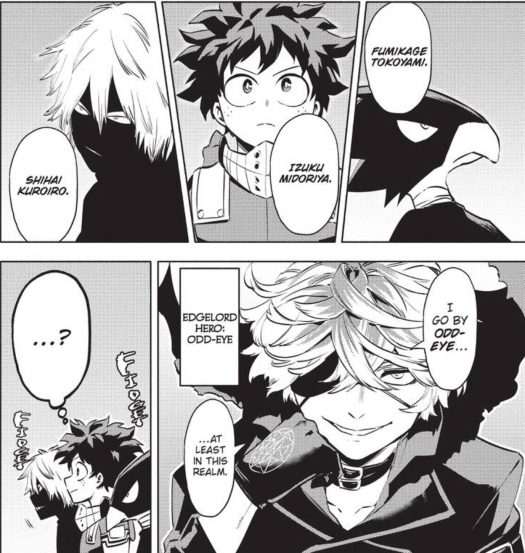 There are some fun ideas showcased in this volume. A chapter where the students learn to make soba brings forth some humorous misunderstandings, while Odd-Eye’s look into the dark parts of Deku and Kuroiro’s brains had some good laugh-out-loud moments. The amusement park chapter is where the strengths both in the action and comedy departments are at their best, especially with the banter between Bakugo and Camie. Perhaps the most fun chapter involves Ojiro and Toru’s mission, with the traps tossed their way bringing a classic adventure vibe that ends with Toru’s offering a cute prize in the end.

However, not every chapter is a hit. Seeing All Might attempt to be Present Mic’s cohost has more cringe in it than good gags, with certain attitudes being slightly out of character for him. There’s also the “Deku and Bakugo Rising” two-parter, which offers nothing new regarding the history between the two of them. (Honestly, with My Hero Academia being Deku’s story, it’d be best for these spinoffs to take the focus off of him and onto the other dozens of heroes and students!) 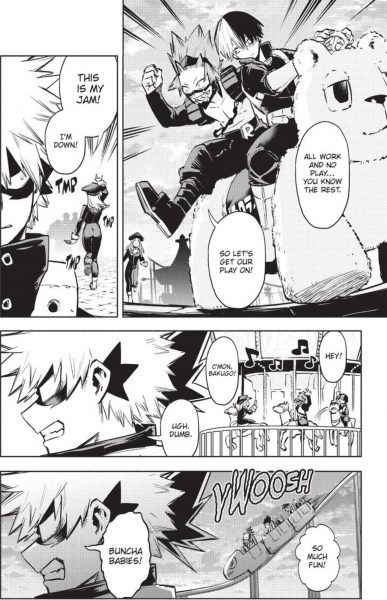 Despite these little hiccups, the second volume of My Hero Academia: Team-Up Missions is a slight improvement from the previous volume. When Akiyama knows how to have fun with the characters, that’s when the chapters shine. With that being said, there’s still some rust that needs to be chipped away from this My Hero Academia spinoff before it has the same shine as either the main series or Vigilantes. But with enough care and brain power, Team-Up Missions could still rise to the occasion next time around.