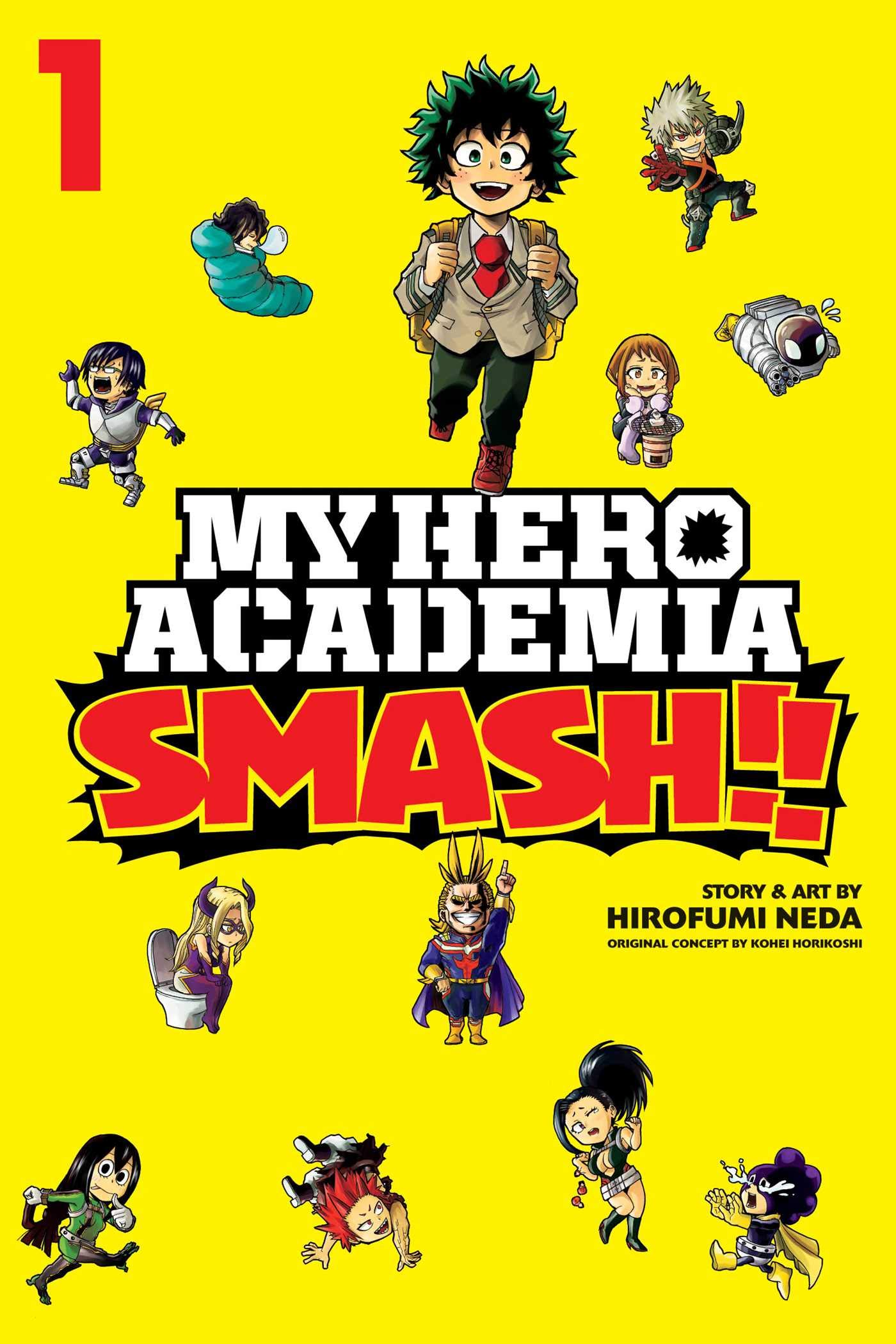 From Fullmetal Alchemist to Attack on Titan, almost every popular shonen manga franchise has been given its own parody series. So it seems natural that the iconic My Hero Academia would be given such a spinoff, in the form of Hirofumi Neda’s My Hero Academia: SMASH!! However, despite some of its best intentions, the humor that comes out of this series struggles to reach even mediocre heights.

The first volume of SMASH!! covers the first couple of volumes of My Hero Academia (or the first anime season, for those not reading the original series). Each chapter is split into various four-paneled comics, adding a seemingly humorous twist to many of the series’ highlights. From Midoriya earning All Might’s quirk to the various UA Academy tests, all of these moments are captured with a bigger emphasis on the laughs instead of the more tense, heartfelt scenarios.

Of course, that’s the intention of this spinoff, but it doesn’t quite hit the mark every time. Sure, there are some great gags involving Recovery Girl’s healing techniques and what spending the holidays with the heroes-to-be do get pretty funny. However, the execution Neda delivers isn’t exactly strong; in fact, there’re more genuine laughs in Kohei Horikoshi’s original series than what’s presented in SMASH!! Dare I say, it feels like Neda tried too hard to go for something funny, only for him to strike out one too many times.

Granted, this is an interpretation of My Hero Academia’s first part, one that I still believe to have the weakest storyline arcs in the series. Perhaps a better opportunity will be given to Neda to poke at some of the better plot lines that are presented in later volumes/anime seasons, such as the fight between All Might and All For One and UA’s tournament arc. With that being said, if the writer can’t add a proper zinger or two to the merely decent storylines, then I may not have the highest of hopes that he’ll be able to do the same with the more stronger material.

My Hero Academia: SMASH!!’s first volume has a couple of good laughs, but it’s not even as strong as the humor in the main series. Despite Neda’s knowledge of the franchise (being Horikoshi’s assistant on the original manga), it feels like most of the jokes in this spinoff can’t land a good punch(line) to save itself. Maybe it’ll get better as the series progresses, but as of right now, SMASH!! feels more like a comedic poke than anything else.

No Borders No Race Presents: &quot...