HomeAnimeMANGA REVIEW | Goofing Off Within the "Fullmetal Alchemist" Realm

MANGA REVIEW | Goofing Off Within the "Fullmetal Alchemist" Realm 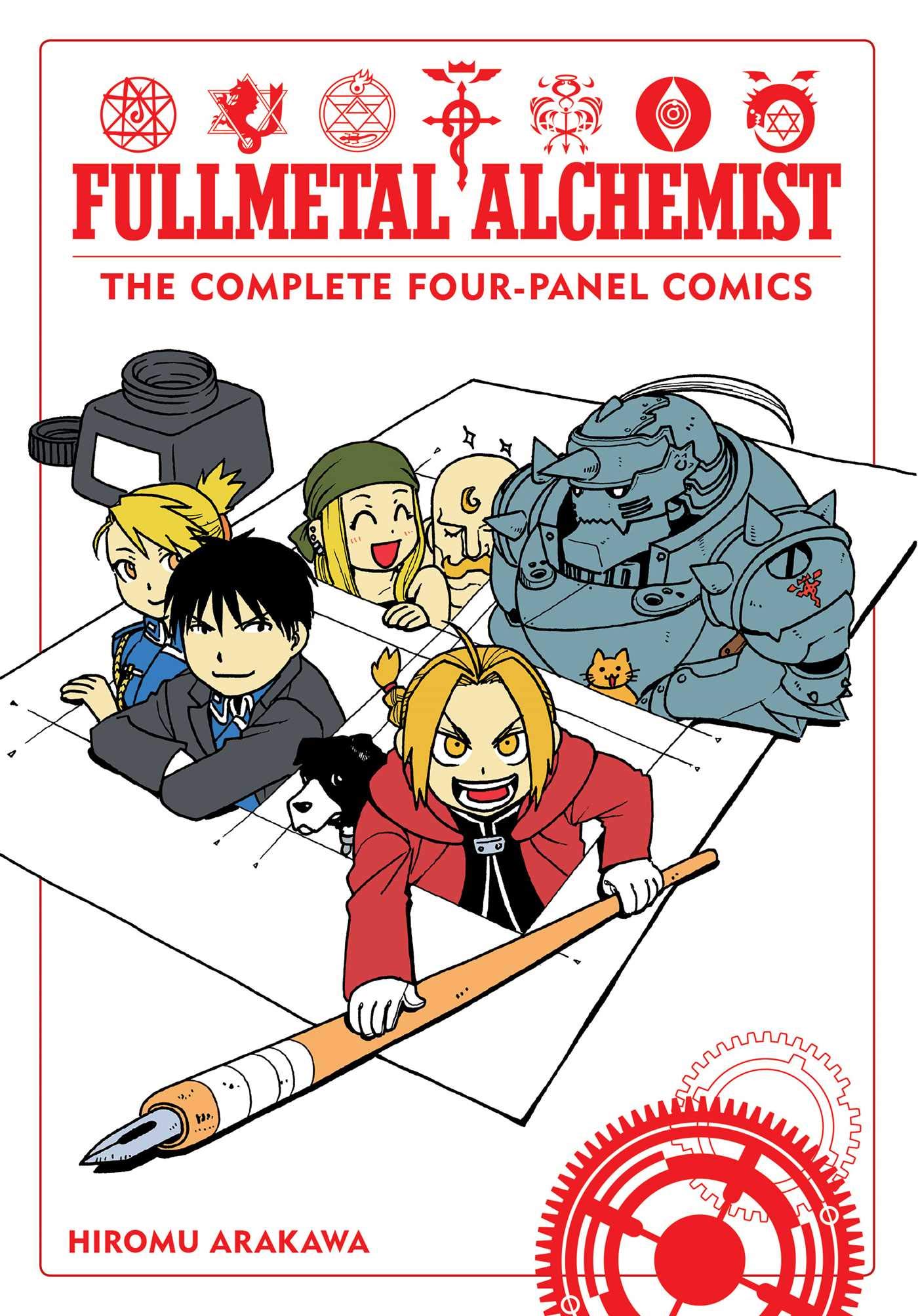 MANGA REVIEW | Goofing Off Within the "Fullmetal Alchemist" Realm

Hiromu Arakawa's Fullmetal Alchemist may have had its serious moments, but it's when the Elric brothers went for a laugh where the series shined the most. Perhaps this is why Arakawa always ended each manga volume with some humorous four-panel comics, painting a silly picture over a usually stern series. For the first time, all of these bonus comics, alongside some never seen outside of Japan, are all in one neat package under the guise of Fullmetal Alchemist: The Complete Four-Panel Comics. Fans of Edward & Alphonse will no doubt get a huge kick out of these little jabs aimed at their beloved series, even as it takes on some of the manga's taboo subjects.

The Complete Four-Panel Comics features every one of Arakawa's gag pieces. Manga bonus segments, DVD/Blu-Ray exclusives, and even promos for video games showcase the author's funny bone on full display. Jokes about Ed's height, Roy Mustang's bachelor ways, Al's love of cats, and even a gag or two about Shou Tucker go right for the jugular all for the sake of a laugh. Anything serious about the series is thrown straight out of the window, instead going for a bigger laugh every single time.

Tense reunions with father and son are transformed into an excuse for a dad to give his son a nudie mag, whereas grim multiple-eyed creatures succumb to lemon juice and onions for the benefit of a good gag. Laughably, it also paints sympathetic portraits of some of the series most hated characters, transforming them into perfect punchlines for modern society. In a way, it presents every single character -- hero and villain -- as ginormous dorks, elevating every person's flaws to the nth degree all so its readers can chuckle at their utter stupidity. These four-panel comics also give the Elrics a chance to comment on modern society, in ways that make their mannerisms more ridiculous than the original series does.

However, it should be noted that those who have never read or watched Fullmetal Alchemist will no doubt feel lost when attempting to grasp its humor. These comics are filled with a lot of inside jokes that only fans will truly get. As such, despite its short read, it would be fair to say that this is a collection that no one should just blindly walk into. Even if there are a couple of gags that just about anyone can follow, the reactions from the cast themselves are often presented in such a way that amplify a joke much more if you are familiar with the source material.

If you are itching for another fix of alchemy, then Fullmetal Alchemist: The Complete Four-Panel Comics with certainly give you a wonderful scratch. With its no-holds-barred treatment of its beloved characters, this collection serves as one hell of a knee-slapping roast. Arakawa's jabs at her own creation are something any fan should never miss out on, even if it might go too far with a joke surrounding a heart-wrenching moment. Fullmetal Alchemist: The Complete Four-Panel Comics will guarantee you a belly filled with laughs, or my name isn't Jugemu Jugemu Goko-no Surikire Kaijari-suigyo-no Suigyo-matsu Unraimatsu Furaimatsu Kuneru-tokoro-ni Sumu--well, you get the picture!