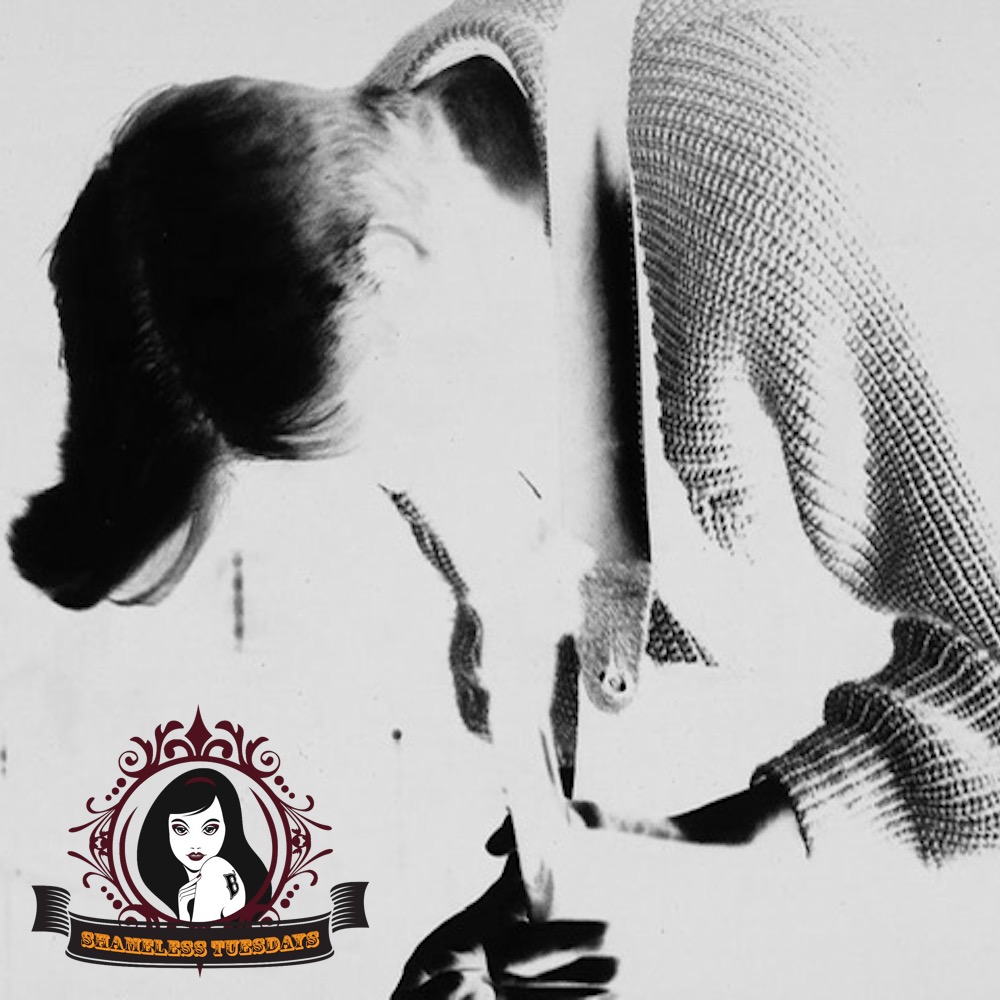 When Andy Golding gets behind the microphone, you know it's going to be a hypnotic experience. His contributions to The Wolfhounds have showcased a tilt-a-whirl of emotions and psychedelic dreams, all presented with a gothic undertone. Every strum from his guitar is like a bullet through the brain, with every accompanying syllable from his vocals the magical cure for said head wound. With the release of his solo project Dragon Welding arriving last month, Golding is hitting the trail to spread its word, which includes a stop here at this week's Shameless Tuesdays!

Here's what Andy has to say about each song in this week's playlist:

I made the video myself, on my sofa, using photographs I’d taken while wandering around London, observing its various states of patching, disrepair and rebirth. It breaks my heart in two, and then quite magically, two new hearts grow and run off into the night to be broken in two all over again.

One of the tracks from the last Wolfhounds album 'Untied Kingdom (...Or How To Come To Terms With Your Culture)' from 2017. The superb video was made by David Janes.

Richard Dawson – "The Ghost Of A Tree"

I was introduced to Richard Dawson when we played on the same bill at the final All Tomorrow’s Parties gig which was curated by comedian Stewart Lee. An extraordinary musician. Although this track is ‘A Capella’, Richard Dawson is also an incredibly gifted guitarist; check out this Amazon review for 'The Glass Trunk': “This is possibly one of the worse things I've ever heard. This is more like wailing and noise somewhat interspersed with one another. I don't often hate anything, but this was a pain to my ears.” Testament indeed. What are you waiting for?

Picking a single track from such a vast and varied catalogue is almost impossible, but I love this. Mary Hansen was a Wolfhound before she was in Stereolab. She was such a positive person and it was so pleasing to see her achieve so much with this great band. I really should dig out that Stereolab demo from 1991 we recorded in my bedroom….

I met Paul Cannell at secondary school in the 1970s. He stood out from the rest of the playground punk rockers because he had ‘Tiswas’ scrawled on the back of his leather jacket. Cannell went on to design many amazing record sleeves, including the first Manic Street Preachers singles and the iconic Primal Scream ‘Screamadelica’ sun cover. We formed Crawl in about 1993 (along with Wolfhounds drummer Frank Stebbing) and signed to Alan McGee’s Creation label, just as Oasis and the Boo Radleys were hitting the top of the charts. The champagne flowed. How could we fail to succeed? Quite spectacularly, as it happened. The unreleased album, and preceding John Robb Sessions, still lie under my bed gathering dust.

Matt Deighton was in The Wolfhounds for about a year and brought with him musicality and approaches that have stayed with me. We also played together (alongside Cannell) in the original, unstable, world of The Kenny Process Team, whose career was tragically curtailed the moment we practised an actual set. Matt went on to form Acid Jazz legends Mother Earth and released many fine solo albums, as well as playing guitar with Oasis, Paul Weller, Doctor John and many others. His latest album ‘Doubtless Dauntless’ is out now. Watch out for the forthcoming documentary about Matt featuring interviews with Paul Weller, Chris Difford from Squeeze, and myself.

Mark Cottrell first crossed my path when I sold him a battered old classical guitar at a boot sale. He has a new single out now on The YaYa Recording Company called ‘The Algorithm Of The Night’, but this track is from an album of songs we recorded together by email, over a single month, in 2007. Frantic network traffic in the dial-up days before Dropbox.

Lost Crowns – "Let Loving Her Be Everything"

Lost Crowns keyboard player, and musician extraordinaire, Rhodri Marsden took time to record a couple of keyboard parts for the Wolfhounds ‘Untied Kingdom’ album, but Lost Crowns is something different altogether. Persevere people. It will all suddenly fall into place. Amazing stuff.

McCarthy – "The Vision Of Peregrine Worsthorne"

Wolfhounds and McCarthy practically grew up together in the mid 80’s. It was an incredibly fertile time and we had a mutual respect for each other’s work. I played keyboards on this track from their first album 'I Am A Wallet'. Tim Gane went on to form Stereolab, and latterly, the equally excellent Cavern of Anti-Matter.

The Common Cold – "Stop The Traffic"

From one of my favourite albums of recent times. Ajay Saggar seems to be constantly on the move with various projects, including the equally superb King Champion Sounds, and was previously in Dandelion Adventure alongside Common Cold singer Mark Wareing.

Trad Arr was more of a way to keep us out of the pubs on Friday nights than a band for a long time. We recorded 7 or 8 albums of varying quality and content, some of which I’m currently mastering. I’m considering releasing our first album as a box set that contains 90 ‘previously unreleased’ tracks by a band that never actually officially released anything. The band evolved weekly and featured current Wolfhounds Richard Golding and Paul Warwick, and over the years, a cast of hundreds.

Paper Dollhouse just make excellent records and you should hear them all, preferably on headphones, sat in the dark on your own.

Wolfhounds singer who needs no introduction. Dave has a new single out now and is working on a couple of other solo projects, as well as working with me and the rest of the team to get the next Wolfhounds album finished.

The Green Ray – "Rays Of Light"

An East London band who have been together for many years and gone through many line-up changes, which will sound like a familiar story to long term Wolfhounds watchers. Currently recording a new album, if the photos are to be believed. This is from their excellent last album 'Half Sentences'. 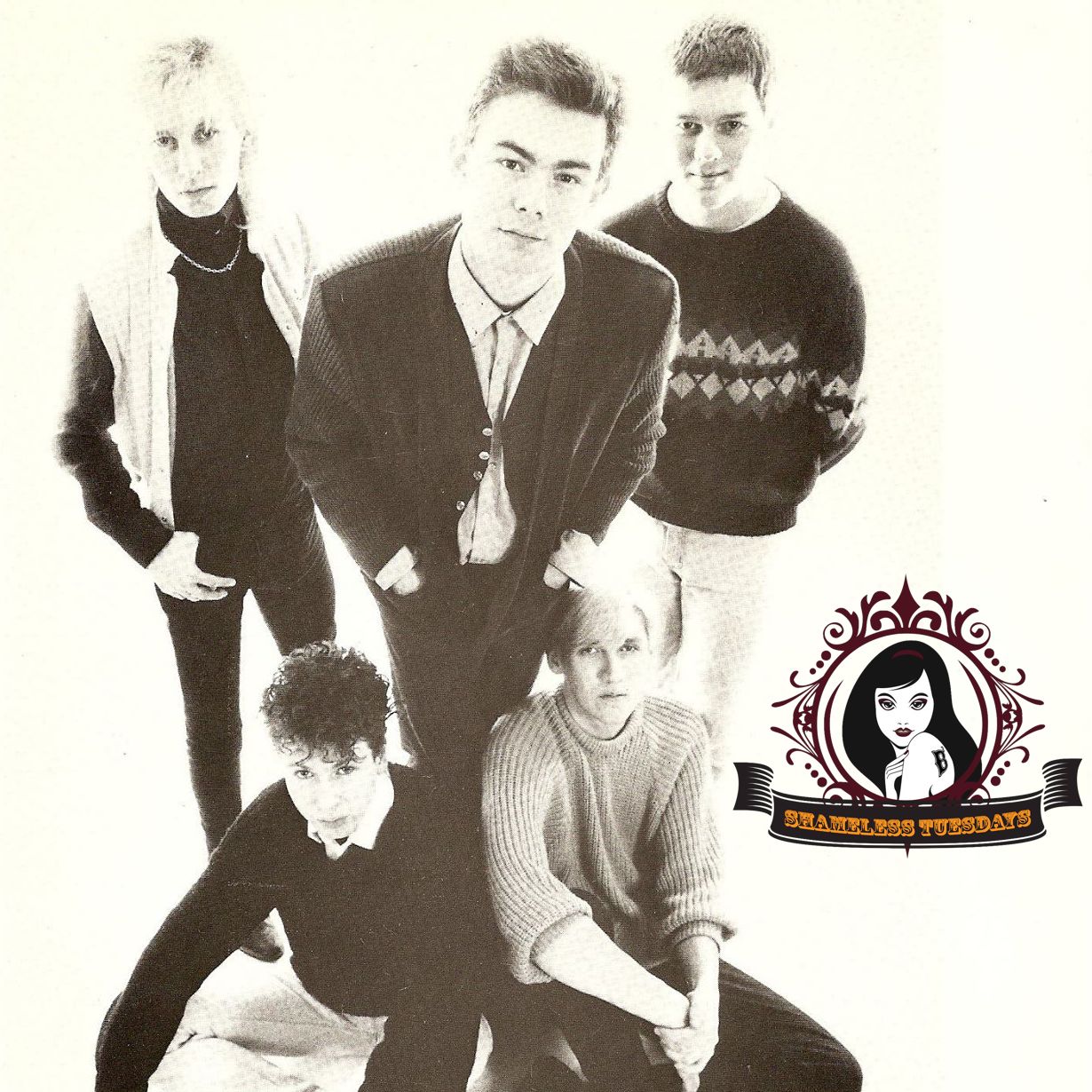 A track from the ‘Attitude’ album. This instrumental was used in a BBC TV drama called ‘Criminal Justice’ which went on to win a BAFTA award for ‘Best TV Drama Serial’ in 2009. So technically, I won very small percentage of a BAFTA with this track.

From their excellent debut album ‘Amerikana Arkana’ in 2018, such an ambitious sound deserves to be heard by a much wider audience.

Ant Chapman has been the go-to guy for all discerning UK bands (including Dragon Welding and Wolfhounds) over the past few years when you need an engineer who understands noise who possesses a pair of opinionated ears. Collapsed Lung also features Jonny Dawe from the seminal Hull-via-London-jazz-noise-fusion outfit Death By Milkfloat. Check out Ant’s other band Arndales as well. Never a dull moment.

Dragon Welding – "These Are Dangerous Times"

It says what it does on the tin.

For more information on Andy Golding's Dragon Welding project, visit his official Facebook, Bandcamp, and YouTube! Check out the album below via their Bandcamp:

MANGA REVIEW | Goofing Off Within...